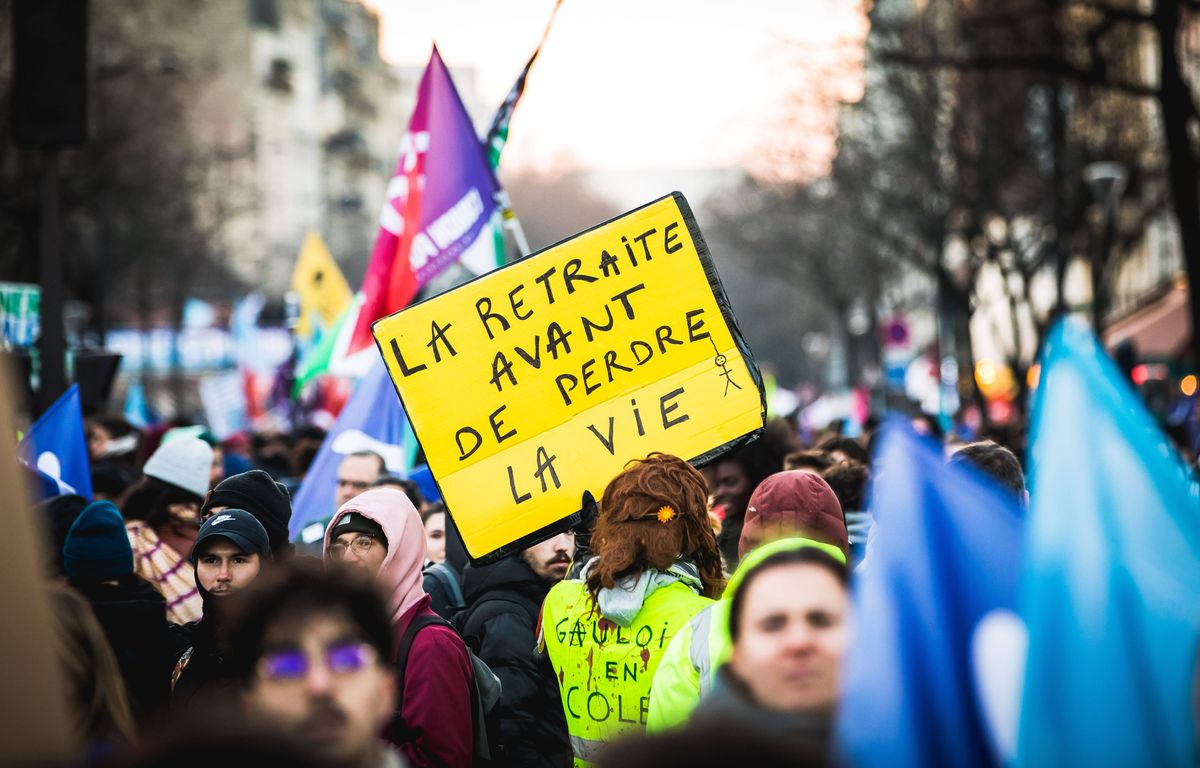 “Get even more strikers! “Before the national day of January 31 against the pension reform, the CGT calls to resume the strike from this Thursday and Friday in the refineries, the power stations but also the ports and the docks. Emmanuel Macron’s reform, which all the unions oppose and which will arrive in Parliament on Monday, would lead to the abolition of special regimes at EDF or Engie (ex-GDF Suez). Their employees, for example, would also be forced, in the long term, to wait until they are 64 to receive their retirement.

On January 31, at the call of all the unions, the strike will affect all sectors: schools, civil servants, transport, services… But in energy, the CGT wants to show its muscles, and organizes additional strikes. Among electricians and gas producers, production cuts in nuclear power plants and dams are to be expected from Thursday, warns Fabrice Coudour, federal secretary of the FNME-CGT, but they should not cause power cuts for the general public, as they are supervised by the manager of the high and very high voltage lines RTE.

The CGT wants to “get even more strikers for the 31st and show that we master the working tool”, explains Fabrice Coudour. On the menu of these two days of mobilization, also “positive” actions, à la Robin des Bois: free, price reductions, switching to reduced hours and restorations of power for cut households are to be expected, in order to counterbalance the criticisms addressed after the announcement of “targeted cuts”, in particular against elected officials favorable to the reform.

However, as of Wednesday, cuts took place on wind and solar farms in the Montluçon sector, claimed by the CGT. As always, Enedis will file a complaint. “We don’t want [pas de] blockages which would be penalizing for all French people and we do not accept any threat”, moreover declared Wednesday the Minister of Labor Olivier Dussopt before the Senate, speaking of “crime” more than “political or militant action “.

“Nothing goes in, nothing comes out”

The CGT oil nevertheless wants “a slightly tougher movement”, indicated Thierry Defresne, CGT secretary of the TotalEnergies Europe committee. “I don’t like the term blocking, but we think that the generalization of the strike is necessary to affect the economy”, added the one who sees it as the only way to “roll back the government”, contrary to 24-hour movements spaced out in time. In the refineries, the stoppage of the installations is not on the agenda, but, as during the strike of January 19, the shipments of fuels will be blocked towards the depots, with the usual watchword: ” nothing goes in, nothing comes out”.

The tankers are also planning local actions with port infrastructure employees, with whom joint events could be organized. The CGT federation of Ports and Docks has indeed called for a 24-hour strike on Thursday, during which it “calls on dockers and port workers to amplify the methods of action”. For the rest, the CGT Petrole evokes a new day of action which would stick to January 31, the day before or the day after. “This dynamic that we need and that for the moment the inter-union does not offer, we are in the process of creating it”, estimates Thierry Defresne, who hopes that the employees will follow this impulse.

The CDMX prosecutor assured that María Ángela left on her own