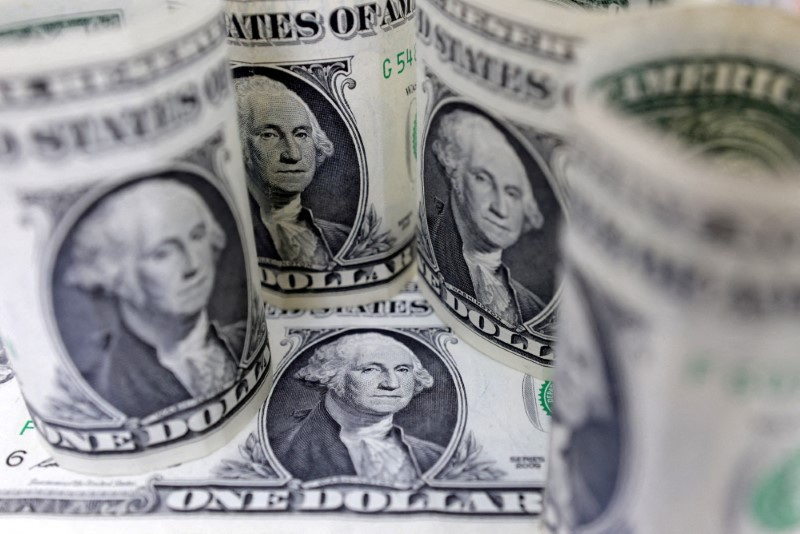 FILE PHOTO: US dollar bills are pictured in this illustration taken on July 17, 2022. REUTERS/Dado Ruvic/Illustration/File

The free dollar exceeded $380 for the first time and so far in January it has already accumulated a rise of 9%, while the financial exchange rates also accompanied the rise, especially the cash with settlement that ended at $358. Although not one can speak of an overflow, in the Ministry of Economy they observe with concern that the exchange rate gap once again exceeded 100%, which implies entering a more risky area. One of the main impacts of this new escalation of the exchange rate is on the inflation rate.

After the repurchase of bonds, the plan for a loan in dollars from international banks returns

It would be a “repo” operation, that is, financing against the guarantee of debt securities. Massa had mentioned it when taking office but it never came to fruition. Now the speculations are back

Behind the greater pressure on the exchange rate appears the strong monetary issue in December, a classic, and the demand from tourists traveling abroad. At the same time, concern is growing over the growing difficulties of the Central Bank to maintain its level of reserves, especially due to the lower inflow of dollars that there will be in 2023 due to the drought that is affecting the entire country.

Preliminary data for January show that the price index will rise a new notch, after having marked 5.1% in December. The estimates of the consultants that measure the evolution of inflation and that are closest to the INDEC data, mark a floor of practically 5.5%, which could end up closer to 6% depending on the behavior of some variables in the last week of the month.

On Friday, longer-term bonds were also included in the plan, not only Global 2030. The objective is to achieve greater firepower without using reserves. There would be a sovereign fund among those who would contribute fresh dollars

The rise in the exchange rate is clearly not helpful for the disinflation plan that Sergio Massa wants to carry out. The Minister of Economy not only supports the goal of 60% per year, but also insists that in April the index must start with a “3” ahead, or what is the same less than 4%.

The increase in the gap increases the expectation of future devaluation and also causes more remarks from those who want to cover. The lack of imported inputs due to the shortage of dollars only aggravates the problems. Not only because economic activity falls, but because it encourages strong remarks: the few products are sold more expensive due to the lack of alternatives.

What are the distortions that volatility and the excessive gap between dollars generate in the field?

The differences between parallel and free rates have increased since the beginning of the year, with the “blue” adding $31 in 20 days

It is no coincidence that the consultancies and banks that participate in the Survey of Market Expectations (REM) calculate that inflation in 2023 will again touch 100%, far from the 60% forecast that the Government also set in the 2023 Budget. some entities such as JP Morgan estimated that this year inflation could end at 112%, far from Massa’s estimates.

Exchange rate pressure and the rise in the gap have a greater impact on inflation. In January the index points to 5.5%, which represents the second consecutive rebound, from 4.9% in November. Food does not yield despite Fair Prices and meat will begin to recover lost ground in the coming months

The Government is facing two very different situations at the start of the year. On the one hand, stocks had a spectacular start in 2023, even accelerating the upward trend of the last months of last year. The bonds also operate at maximums of more than one year and some series surpassed USD 36, when in the middle of last year they had fallen below USD 20. Country risk closed at 1,825 points, the lowest level so far this year. year.

But on the other side, data appear that indicates greater inflationary pressure, directly affecting Massa’s objective of promoting an improvement in purchasing power through wage increases but at the same time a slowdown in price increases.

Added to this is another negative data on economic activity disclosed by INDEC, which showed a new drop in December: 2.6% compared to the previous year and 0.7% compared to November. In this way, the stagflation scenario is consolidated, that is, economic stagnation together with inflation that remains very high.

The announcement of the debt repurchase program had the objective of not only promoting a greater reduction in country risk, but also increasing the supply of foreign currency in months of “lean years”. But it only managed to anesthetize the exchange rate for a few days, since in the first two days it resumed its upward trend.

Tourism, inflation and the “trap” of February: what are the reasons why the free dollar rises
The BCRA returned to buy in the market after a streak of five consecutive rounds of sales