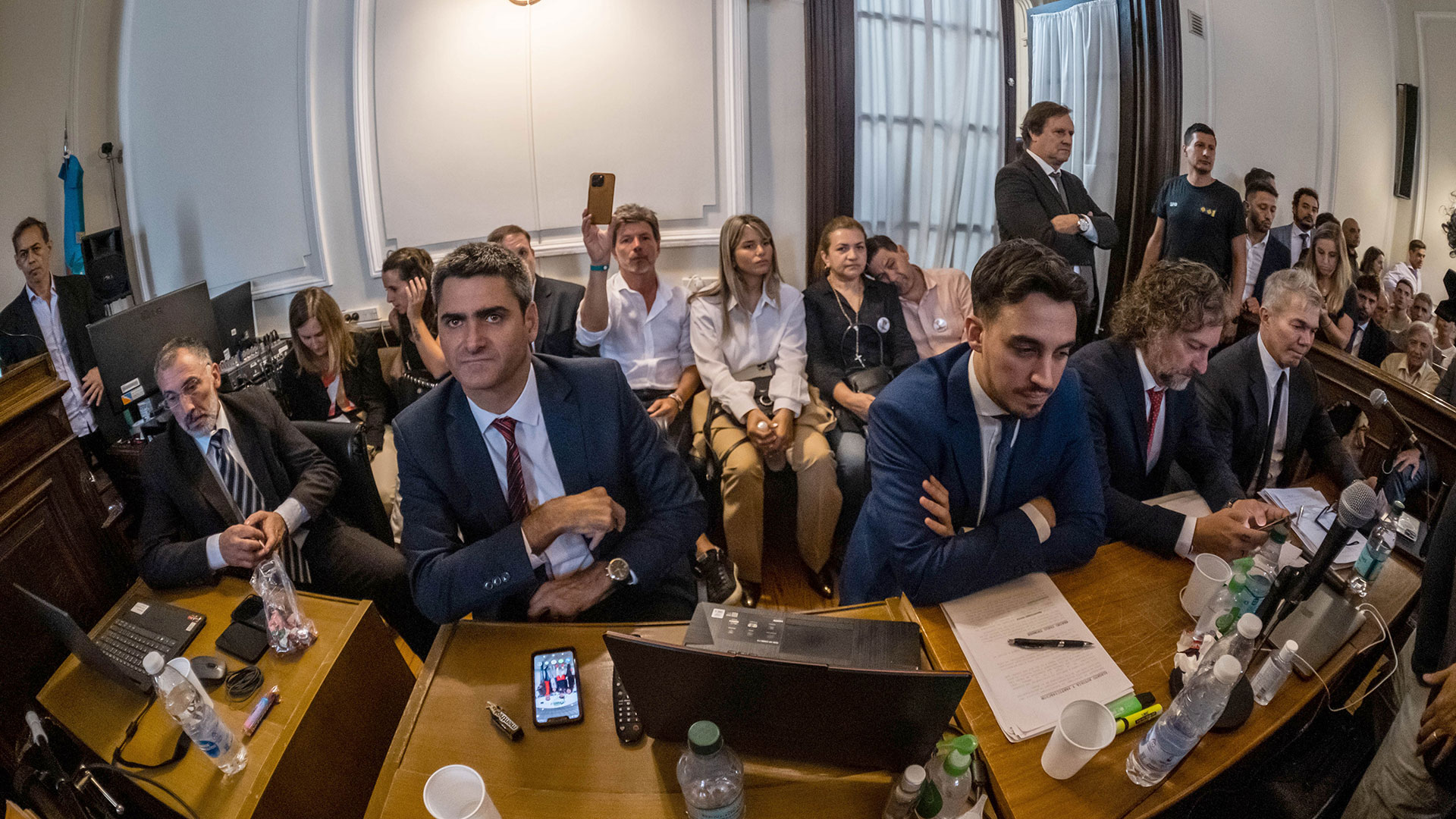 After the opening of allegations by the prosecution, it was the turn of the individual victim and Fernando Burlando He was the first of the lawyers representing the Báez Sosa family to speak. Before the judges of the Oral Criminal Court No. 1 of Dolores, he spoke of “a planned murder, a coordinated criminal action” in which “all” the defendants participated. Along these lines, he made an exposition in four episodes of how the crime was committed on the basis of the evidence that was produced during the debate.

For the injured individual, the first episode It was inside the bowling alley, with the “cutthroat sign by Thomsen stemming from a minor incident” inside Le Brique. According to her, the trigger for the first attacks was a push resulting from the lack of space inside the disco. “From there the altercation on the track grew. Fernando, seeing that, tries to separate, there is a struggle and tearing of his shirt. Máximo Thomsen, Luciano Pertossi and Matías Benicelli They also participate in the incident,” he continued his allegation.

Then, he explained how the defendants were expelled from the club and said that, with that sign, Thomsen meant: “You are dead”.

“Fernando’s friends come out and the feeling was that everything had already happened,” the lawyer continued, noting that at that moment the incident occurred. second actaccording to his vision: the alleged plan to attack the victim. “The defendants are expelled and go out to the path of Le Brique at 4:32 (…) they cross at 4:37 to stalk Fernando from behind and finish outlining the criminal plan. To Thomsen’sand sees him furious. At 4:38 am, Lucas Pertossi walked quietly to see if the area was free. The prior agreement began on the sidewalk of the bowling alley. 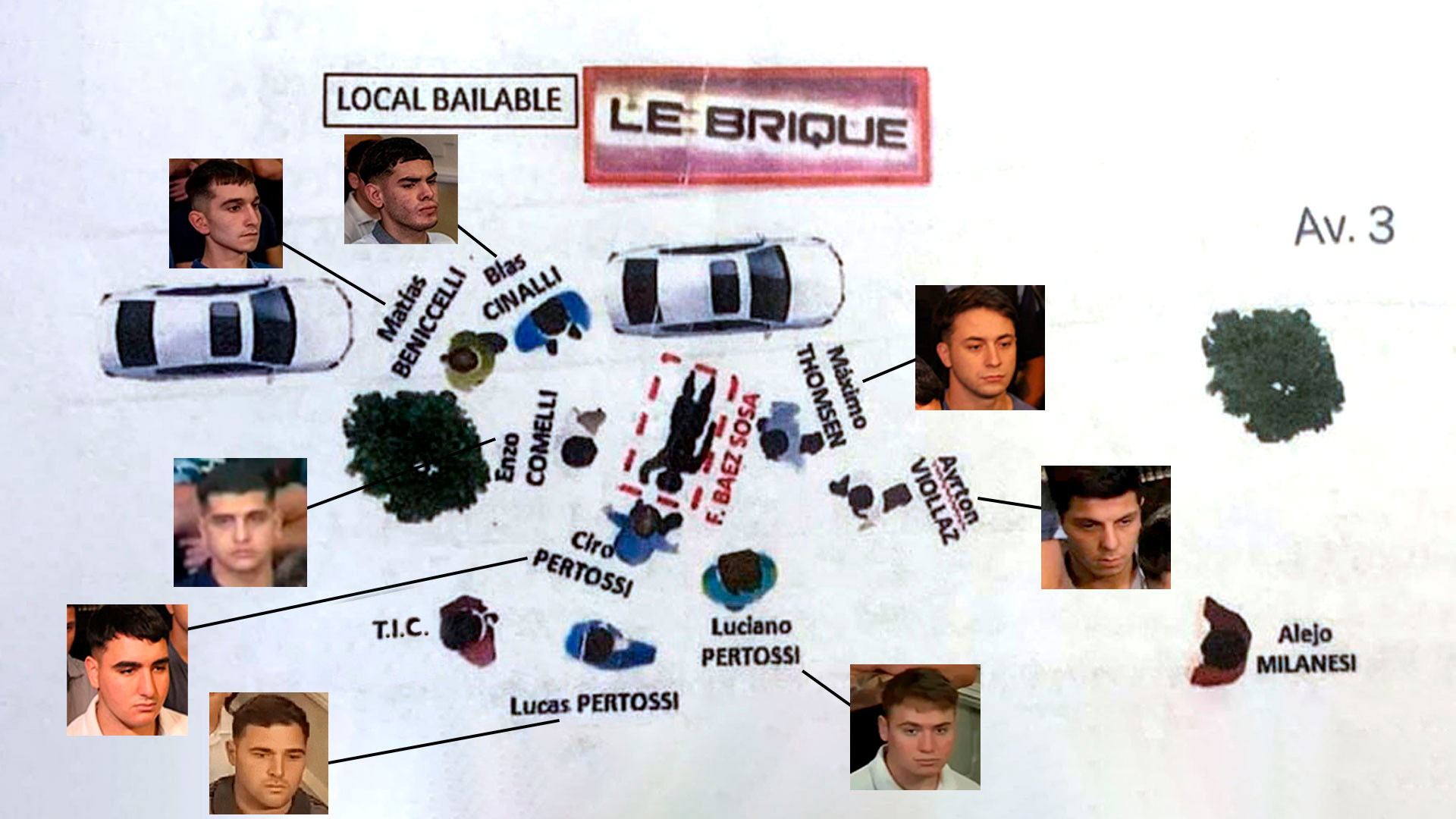 For Burlando, the third chapter of the crime was the beating itself: “(The defendants) take advantage of the liberated area and, shouting and from different sides, run up to Fernando and build an insurmountable human wall. Ayrton (Viollaz) gives the order: ‘Is now’. Fernando is approached on the left and right flank by Enzo Comelli and Ciro Pertossi; They hit him on the back of the head and make him fall to his knees, as shown in Lucas Pertossi’s video. Viollaz and Cinalli join in until they leave it served to Thomsen and giving all of them numerous kicks and punches to the face, neck, head and torso, which knocked out instantly”.

“The defendants acted as a block. The coordination facilitated the result: the consummation of the homicidal plan, ”he indicated about the mechanics of the act. And he continued: “This voracious carnage spread throughout 50 seconds approximatelyThat was the time it took the murderers to beat Fernando to death.”

the room and last episode described by Burlando referred to The escape of the rugby players “Alejandro ‘Chiqui’ Muñoz (head of the nightclub’s security) says that the escape is triggered because one of the defendants warns that the police are coming. That, plus the warning that he had no vital signs, drives them away from the scene. They left the scene of the crime to start appearing on cameras. On the way they are intercepted by Infantry agents and they convince them that they were not the ones they were looking for. Cyrus Pertossi he licked his bloody knuckles in a clear evasive attitude”. 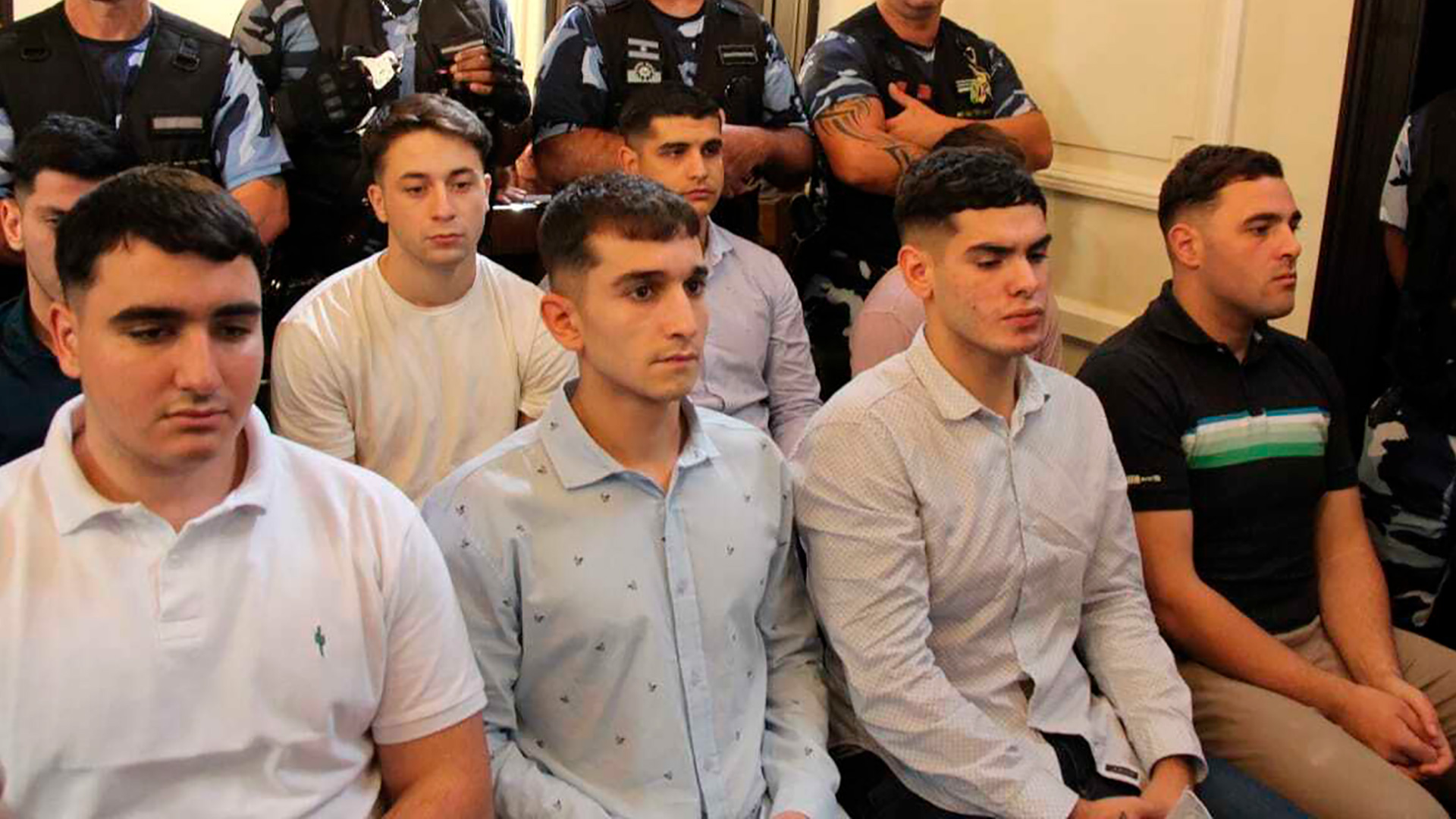 The accused, in the first day of allegations (Ezequiel Acuña)

Following the sequence of events, Burlando reviewed what the defendants did after the crime while they tried to revive Fernando and, later, they declared him dead. He said that they went to the house where they were staying, that three of them changed their clothes and took selfies “with gestural language that speaks of ‘everything was fine’”. He also alluded to the messages that began to circulate on the phones of the detainees in that period: in particular, he mentioned those in which they said “Deciduous” Y “nothing is told about this to anyone”.

Next, the lawyer referred to the beatings of the victim according to the autopsy and explained the causes and mechanism of death: “Cardiac arrest, caused by neurogenic shock due to severe head trauma.”

The allegations will continue with the word of Facundo and Fabian Amendola. In the first turn, the prosecution requested that the eight defendants be sentenced to life imprisonment for the crime of “doubly aggravated homicide due to treachery and the premeditated competition of two or more people in an ideal competition with injuries.” In addition, he requested that TIC (rugby player No. 11) and Juan Pedro Guarino open a case for false testimony.

The trial for the crime of Fernando Báez Sosa, minute by minute

Mica Viciconte spoke of her experience as a mother: “With love, everything is possible”