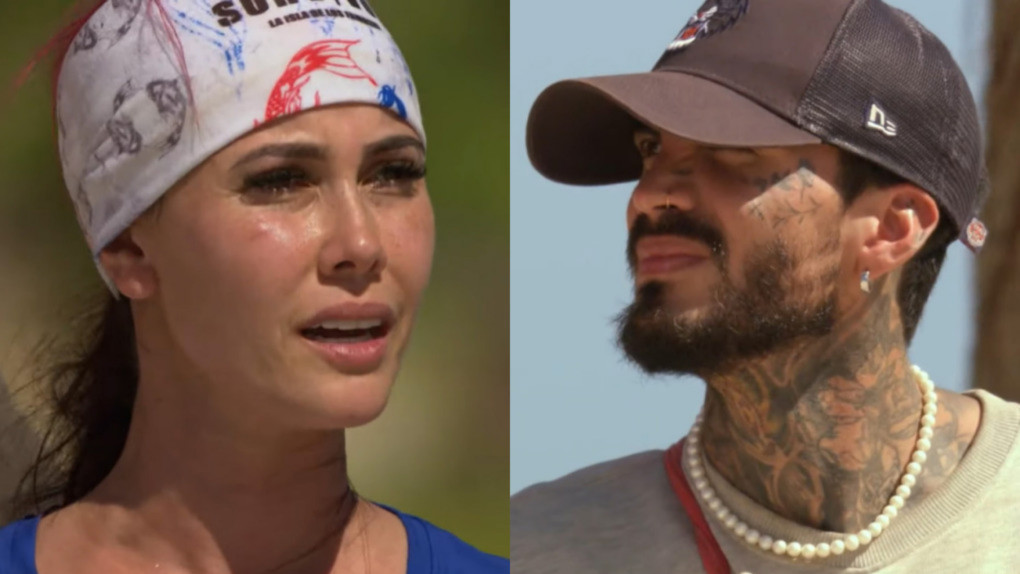 Before starting the second reality test, the two celebrities expressed their desire to leave the game

The second chapter of reality Survivor: Celebrity Island He surprised his viewers with the departure of two of the 22 celebrities. Although the elimination of the participants is something that is expected in the competition, the first participants to leave the island did so in a manner voluntary. Who made the decision first was matthew carvajalone of those who emerged as the strongest chip to win the 100 million of the prize, followed by the businesswoman Manuela Gomez.

This is how the teams of “Survivor: The Island of the Famous” were made up in their first episode

The program at its premiere was ranked second in the Colombian rating with a score of 7.97. The quarrels between various celebrities have already begun to be noticed

The situation, according to the schedule of the program, occurred at the third day of the competition, which lasts 50 days. Before starting the second competition between the tribes Amazonas, Espartos and Koi the presenter Tatan Mejia he asked the participants a balance of their physical and mental state. In the middle of that conversation in which everyone revealed how difficult the first days on Saona Island, in the Dominican Republic, have been, Carvajal and Gomez They expressed their desire to leave.

Although the men’s team espartosto which it belonged matthew carvajalhad managed to have better days than the other participants because they managed to make a fire and prepare a chicken stew, the professional athlete took the floor and revealed that, personally, I couldn’t go on. “We have spent three nights, which had never happened to me, without sleeping for even two hours continuously. I know that right now I don’t feel well,” anticipated the participant. 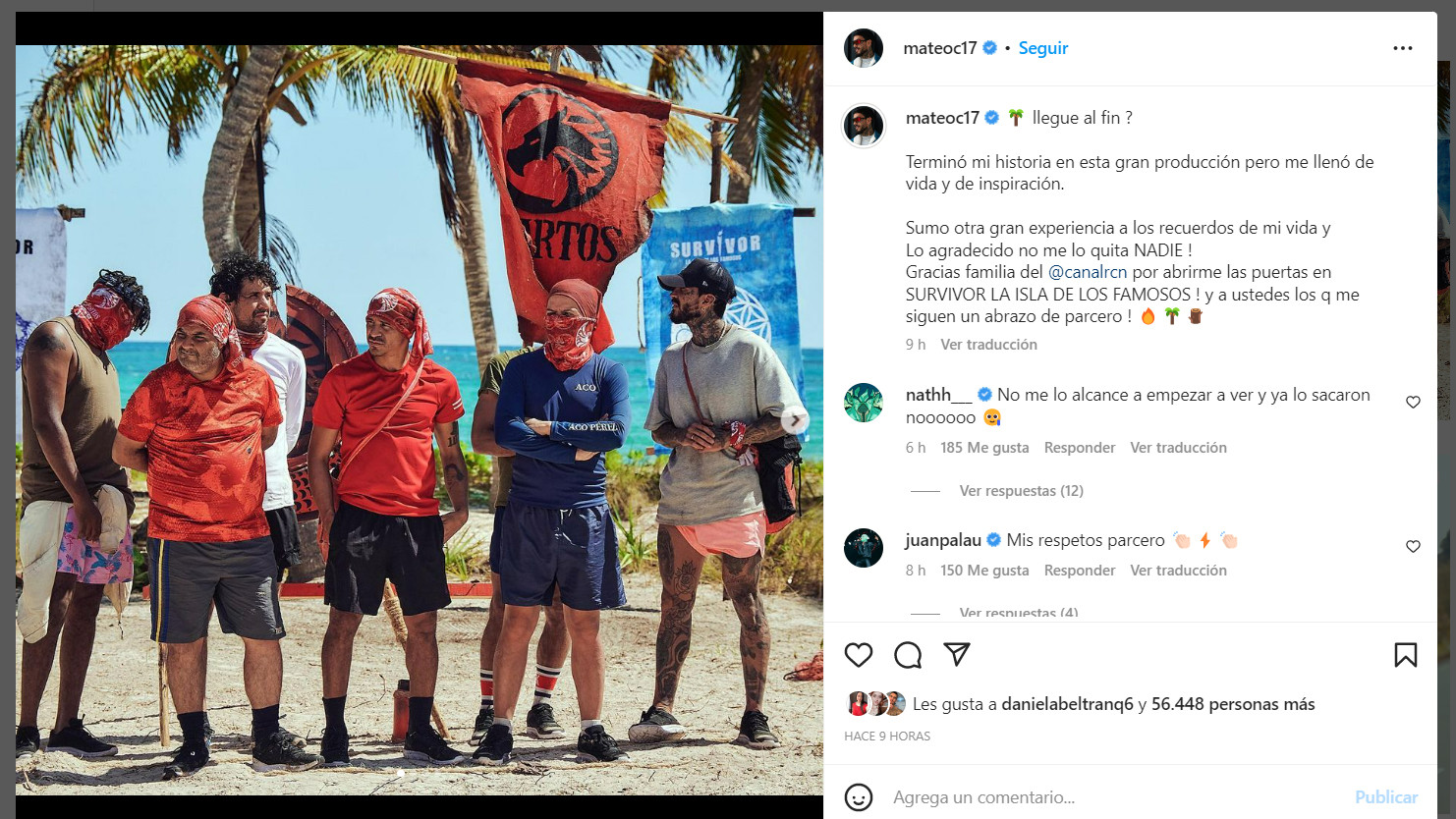 It is important to highlight that matthew carvajal He is not only a public figure on social networks and an athlete, but he was also the winner of the Super Human Challenge 2017he was in two more challenges and in the Exatlón México 2021. Although this was his fifth realityIt didn’t make things any easier for him.

“I don’t want to push myself to the point where it becomes detrimental. Then I I made the decision to step aside”, expressed the former challenger and caused surprise among his teammates and opponents.

Sebastian Mejia, presenter of the program and personal friend of Carvajal, gave the participant a few words of encouragement and wanted to convince him to continue playing the game. “You are an example for a lot of pelas… One can make decisions lightly or decisions with the head, but I definitely feel, from what I have seen in your networks and what you are, I think you are a capable guy. I invite you to considerplay this game and show Colombia that you can”.

Manuela Gómez updates her followers on her state of health, after having problems with a record from her column

The businesswoman gained national recognition for her participation in ‘Protagonistas de Nuestra Tele’; Since January 23, she will be seen again on the small screen on account of ‘Survivor, the island of celebrities’, another reality show

Despite the words of encouragement, matthew carvajal he decided to compete in the second task to help his team and then quit the game for good. Federico Riverateam leader espartos, He pointed out that “we were very surprised by this news. It is no secret to anyone that we saw him as one of the biggest rivals. It will leave a very big void in the tribe”.

Mateo Carvajal on his resignation from ‘The island of celebrities’

On their social networks, carvajal was shown after the end of the second episode and dedicated a few words to his teammates and followers. “I feel a lot of things, like defeat, failure, disappointment and gratitude … there is always more good than what is left. To those who stayed on the island, I admire them, they beat me, they are making an effort that I couldn’t”.

Maleja Restrepo lived a traumatic experience during a flight: “what a scare”

The presenter was going to the United States, when the aircraft in which she was traveling had to return to land due to a mechanical failure

After the determination of Mateo Carvajal, Manuela Gomez He raised his hand and asked to speak. “I also want to retire from the competition,” said the former protagonist of the novel. When the presenter questioned her motives, the woman described that she felt mentally weak and that she did not want to be a problem for her co-ed teammates. Koi.

“It is not so much the body, but mentally. Yesterday I had a horrible crisis and I don’t want to make mistakes or take it out on my colleagues… I admire my colleagues, I’m not for this and I don’t have to pretend to be strong when I’m lazy,” said the businesswoman. 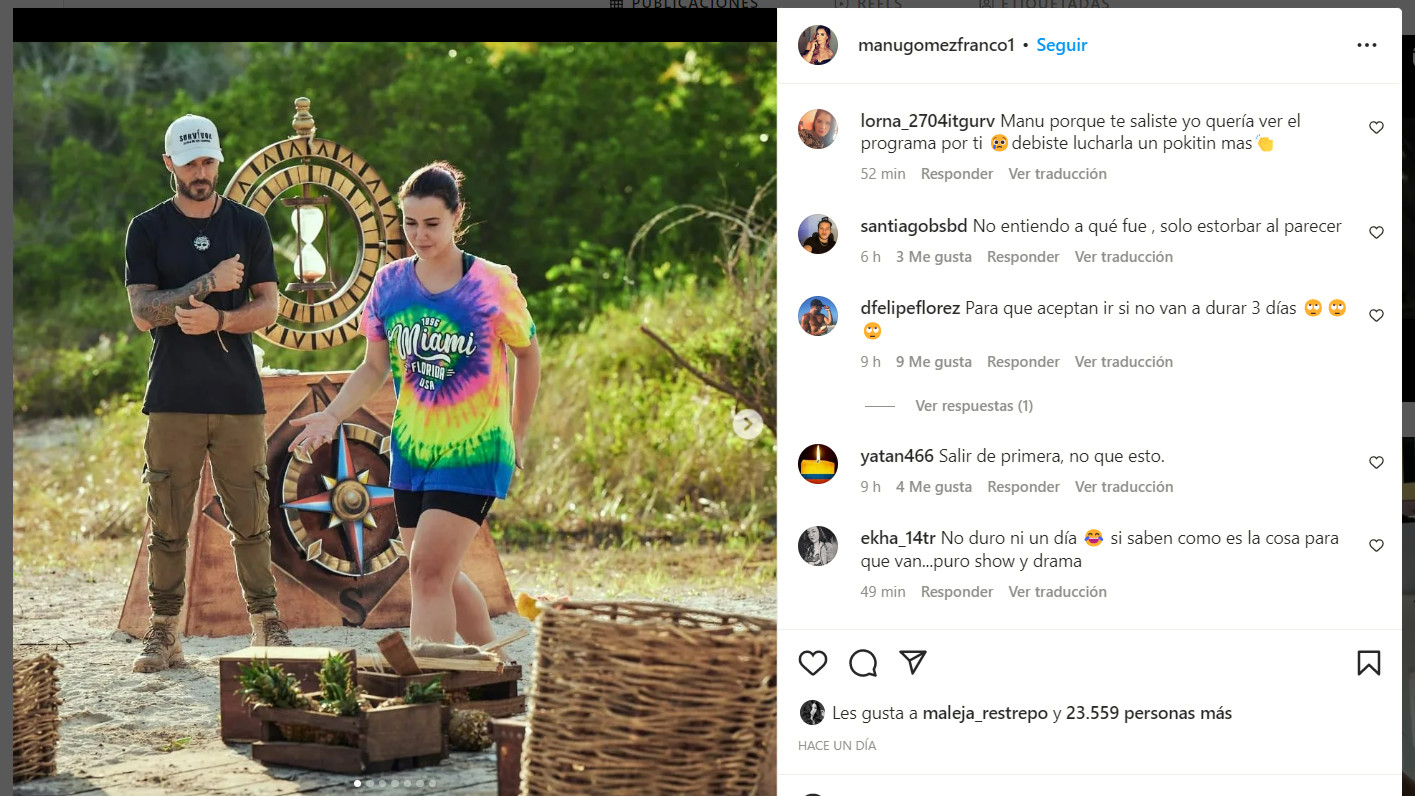 Although Manuela Gómez has not spoken after leaving the game, in the comments they criticize her decision

Even though Tatan Mejia also tried to convince her to continue in the game, the businesswoman pointed out that her decision was made and she did not even want to face the second test. Manuela GomezUnlike Carvajal, he immediately left the competition.

For his part, gomez He has not spoken on social networks about his abandonment of the competition, but in the comments of the photos that he published on the day of the program’s premiere, his followers leave a lot of criticism for his decision. “Manu, why did you leave? I wanted to watch the program for you”; “I don’t understand what it was for”; “He took the opportunity from someone who would have taken advantage of it,” were some of the comments.

Christian Sancho and Celeste Muriega: “We got engaged on a yacht in the Caribbean”

Christian Sancho and Celeste Muriega: “We got engaged on a yacht in the Caribbean”