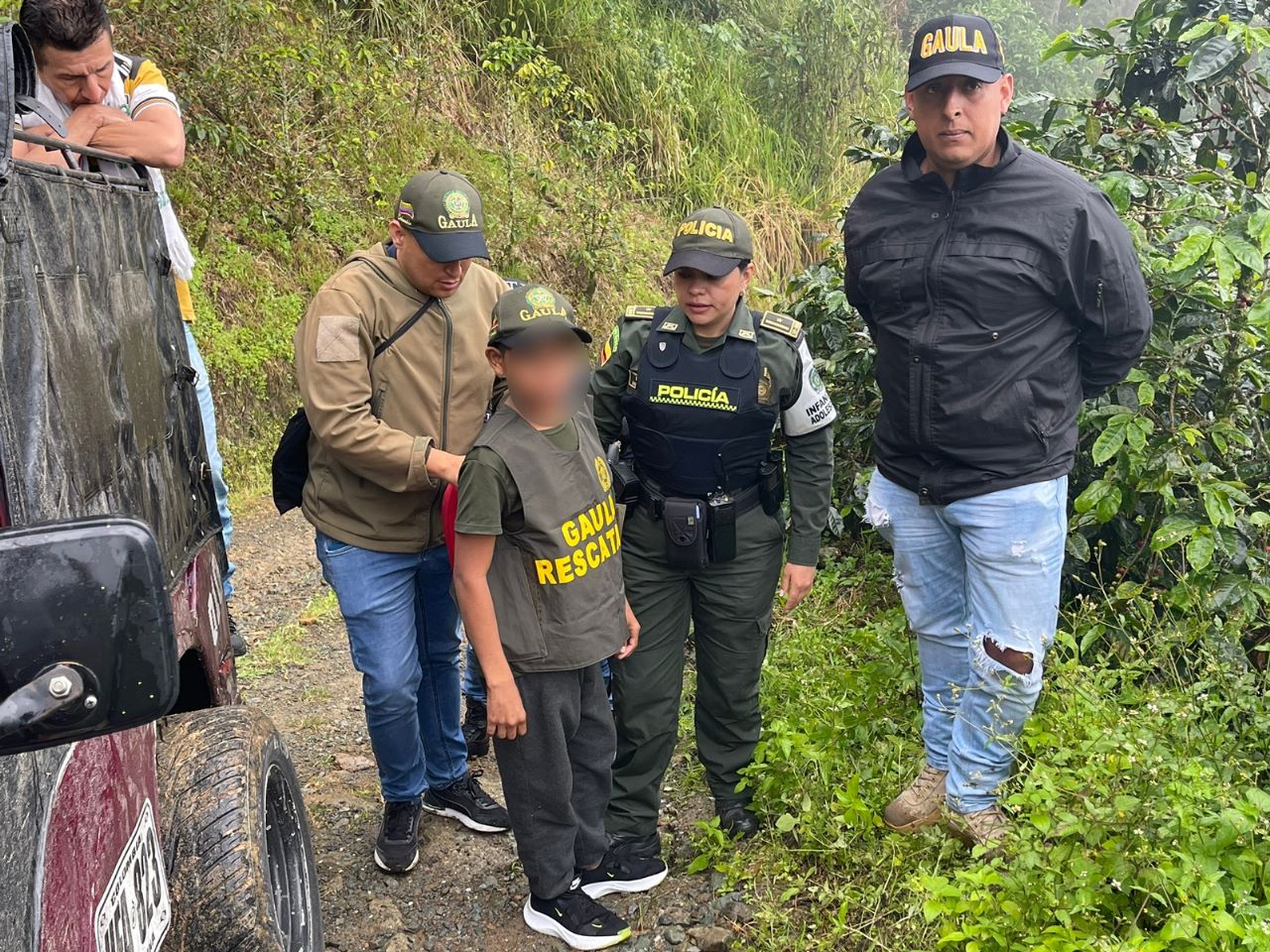 In an operation developed by the National Army in conjunction with the Police Gaula and the Technical Investigation Corps (ITC) of the General Prosecutor’s Office, it was release a minor who had been kidnapped since December 24, 2022.

The uniformed Carlos Saavedra, allegedly responsible for the homicide of the trans woman, indicated that she did not die from a rifle bullet

The minor, who was found on the El Hoyo farm, located in the Peralonso corregimiento in the municipality of El Santuario, Risaralda, would have been kidnapped by alias cumbambawho through deceit managed to kidnap the child on Christmas Day.

“DAfter having earned the trust of his family and made promises to the young man to give him items such as a bicycle, a cell phone and a Play Station”, indicated from the National Army.

According to the National Army, in the area where the attack occurred there have been clashes between ELN structures and the Clan del Golfo

“According to information provided by the competent authority, the perpetrator of this kidnapping went to La Quebrada del Naranjal in Chinchiná, Caldas, located in the village of Alto del Naranjo and after several weeks of intelligence work, it was possible to obtain the location of the minor and of his alleged captor”, pointed out the Colonel Carlos Eduardo Vanegascommander of the Eighth Brigade, who highlighted the work carried out by the Police and the Attorney General’s Office.

Panic in Bogotá due to fire in Octava Club nightclub

Alias cumbambawhich was arrested in the middle of the operation carried out by the Armed Forces in Risaralda, already had a criminal record for crimes of homicide, theft, manufacture, possession of firearms, in the same way he will have to answer to justice for the charge of aggravated kidnapping in a heterogeneous contest with sexual acts with a child under 13 years of age.

Capture of alias Cumbamba in Risaralda, video provided by the National Army.

The authorities recalled that to deal with cases of kidnapping and extortion, they can communicate to the attention channels of the Police, Prosecutor’s Office or the Army to denounce and have the accompaniment of the Armed Forces.

In the municipality of Puerto Gaitán, the authorities of Meta managed to capture a man of Venezuelan nationality who tried to kidnap a three-year-old boy.

According to Colonel Jeison Freddy Sora, commander of the Meta Police, the 26-year-old subject he had kidnapped the minor from a shopping center in the vicinity of the municipal transport terminal and was trying to flee.

The facts were recorded on security cameras, which show the moment in which the man takes a transport service to transfer the minor. However, the authorities managed to intercept the vehicle in which he intended to flee, through the padlock plan and according to the information of a citizen who allowed identify and capture.

“The Police managed to frustrate the kidnapping of a minor of only 3 years of age in the municipality of Puerto Gaitán (Meta), who minutes before had been kidnapped from a commercial establishment near the transport terminal of that municipality by a 26-year-old subject. years of foreign nationality, who boarded a public service vehicle to flee”, Colonel Sora indicated.

Likewise, Colonel Sora added that The minor is under the protection and care of the authorities. Likewise, I send a recommendation message to parents regarding the attention and complete care of infants. The foreign subject was made available to the Attorney General’s Office and must answer for the crime of kidnapping.

her favorite perfume is a must in French perfumery… and it’s on sale!