Luis Lacalle Pou made a strong accusation to CELAC: “There are countries here that do not respect democracy or human rights”

The President of Uruguay, Luis Lacalle Pouproposed this Tuesday that the Community of Latin American and Caribbean States (CELAC) promote the creation of a regional free trade zone, and criticized the countries of the group that “They do not respect democracy or human rights.”

The president asked his peers in this forum that brings together 33 countries leave the speech and go “to action”.

“Wouldn’t it be time to open up these relations and for CELAC to promote a free trade zone (…) from Mexico to the south of South America? Can’t we move in that direction?” he wondered.

“There we have the possibilities of free trade. Many of our economies are complementary, and I am sure that we could move forward,” said Lacalle Pou, when his country is under pressure in Mercosur after the decision to negotiate an FTA with China, which its partners Brazil, Argentina and Paraguay view with suspicion. .

Likewise, the Uruguayan president, one of the few center-right rulers to attend the Buenos Aires summit, criticized the “ideological temptation in international forums”which ends up causing them to fade. 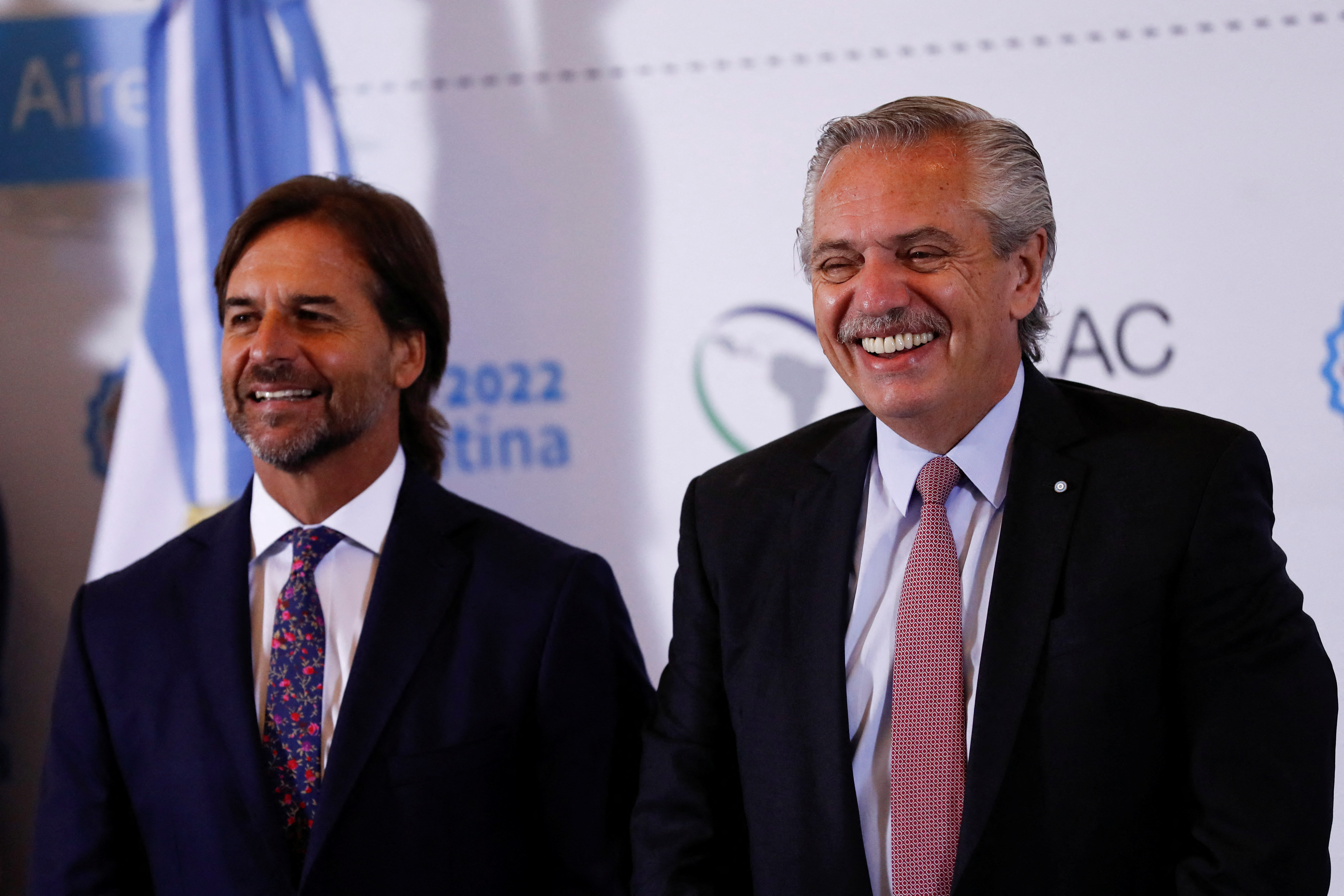 “I have heard speeches that I totally share, others that I half share, and others that I share almost nothing. But I understand that our nations have to be linked,” he said, before stating that some speeches hold “titles of solidarity and other concepts that are very nice but sometimes are not put into practice.”

“All of the countries that are here condemn these actions against democracy in Brazil,” Lacalle Pou remarked about the coup of supporters of former president Jair Bolsonaro against the buildings of the public powers in Brasilia on January 8 in demand of a coup d’état. that caused the fall of the government of Luiz Inácio Lula da Silva.

And the declaration of the CELAC summit “speaks of respect for democracy, human rights and care for institutions.” But “clearly there are countries here (…) that do not respect institutions, democracy or human rights,” he launched. “Let’s not have a hemiplegic vision (…) according to the ideological profile”he asked.

Later, the Uruguayan head of state added at a press conference that “any organization united by ideology has a short life.”

During his speech, Lacalle Pou preferred not to refer to Mercosur in this forum, since, he commented, “this is not the time to mark coincidences and/or differences” and insisted that the countries of the region have their “duties”: adapt the ” national reality so that it is consistent with the discourses of this community”.

Earlier, the opening speech of the event held in Buenos Aires once again revealed the affinity that exists between the Argentine government, headed today by Alberto Fernández and Cristina Kirchner, with the dictatorships of Daniel Ortega (Nicaragua), Miguel Díaz-Canel (Cuba) and Nicolás Maduro (Venezuela).

Alberto Fernández once again endorsed the governments of Nicaragua, Cuba and Venezuela

Initially, Fernández urged his peers to fight against “the locks” suffered by some countries in the region, by arguing that “They are a very perverse method of sanctioning, not the governments but the peoples”. Then, the Argentine president continued his speech, but in a more explicit way: “Cuba has a lock more than six decades and that is inexcusable. Venezuela He suffers the same and we have to raise our voices… We believe in democracy, which is definitely at risk. After the pandemic, the extreme right it has stood up and threatens each of our peoples. We must not allow that recalcitrant and fascist right endanger the institutionality of our peoples”.

The ideological position of Alberto Fernández was deepened moments later in his speech: “All who are here have been chosen by their peoples and their people legitimize them as rulers. And therefore, regardless of how each people decides, in diversity we must respect each other and in diversity we must grow together”. An extremely striking phrase when dealing with three authoritarian regimes, accused of human rights violations and of perpetuating themselves in power at the expense of the suffering of their peoples.

Nicaraguan dictator Daniel Ortega proclaimed himself the winner in the November 2021 elections. According to the official count, the Sandinista National Liberation Front (FSLN) obtained 75% of the votes. However, for that to happen, ortega and his wife, vice-presidential candidate Rosario Murillohad to “accommodate” some details to continue with the sum of public power.

After the wave of popular demonstrations in 2018 that put his government in check and were brutally repressed with a balance of around 400 dead, ortega began a process of persecution and political purge without brakes or reservations. His main rivals or critics – many of them politicians and journalists who had accompanied him in the Sandinista revolution – were imprisoned or had to leave the country seeking exile in other Central American countries or in Europe. Even for the 2021 elections, the main opposition candidates were arbitrarily detained. Reclusion that they maintain to date.

Cuba, for its part, does not show signs of being a democracy either, as Alberto Fernandez. Much less can it be said that its inhabitants freely vote for the candidates they want. The National Assembly of the People’s Power of Cuba She is the one who possesses political power on the island. That body is in charge of selecting nothing less than the head of the Executive Branch. Today, that responsibility lies with Miguel Diaz-Canel. 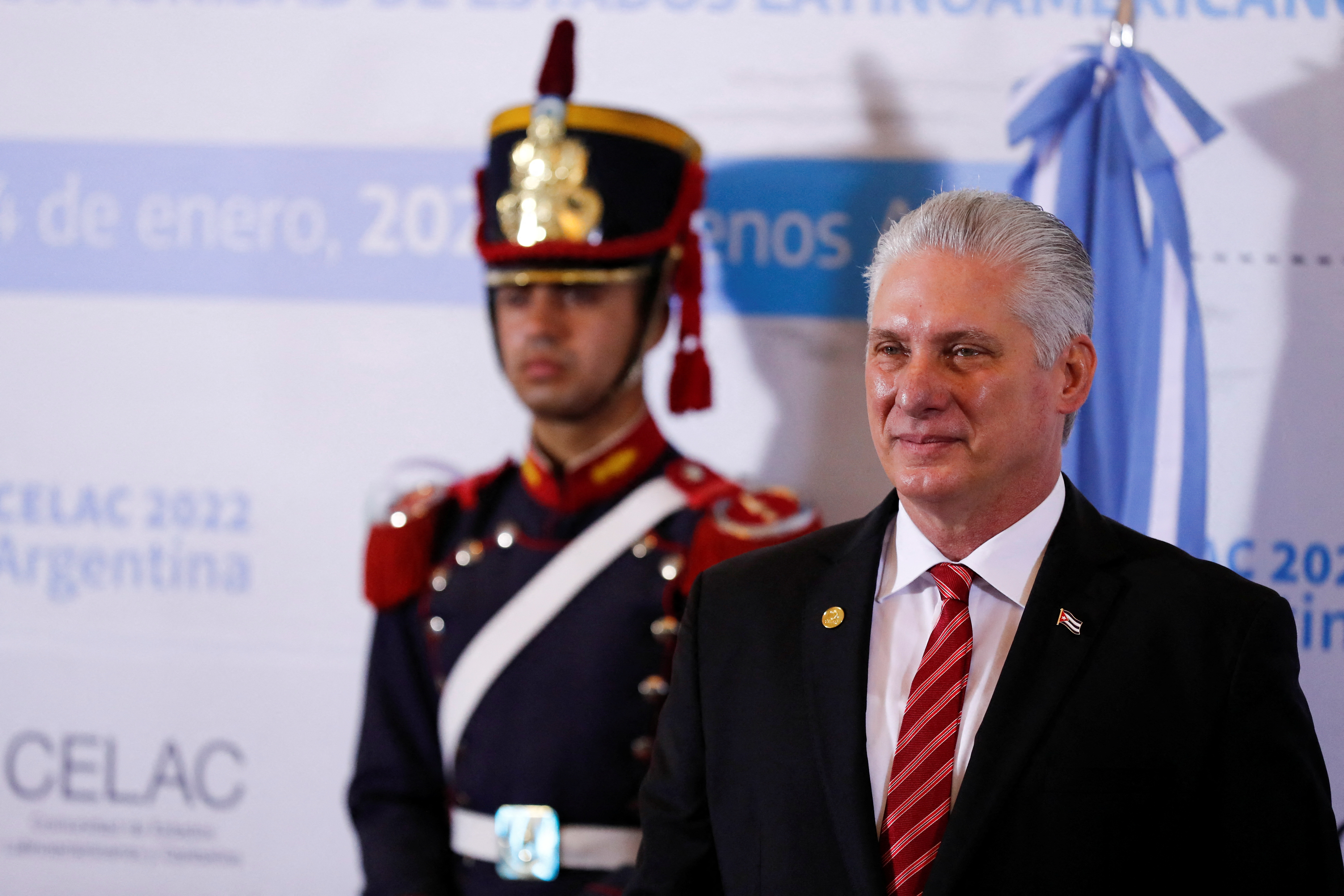 But the election of that assembly It is not democratic, much less free. According to Constitution of the Republic of CubaThere is only one political party: the Cuban Communist Party. It makes it explicit in Article 5. No other entity or institution can organize to formalize a group for political purposes.

Finally, on January 10, 2019 Nicholas Ripe once again assumed the presidency of Venezuela after proclaiming himself the winner in elections denounced as fraudulent by the opposition and a large part of the international community. The validity and legitimacy of that mandate was null. To understand this, one must go back to the maneuvers that the Miraflores Palace began to run after the opposition won the 2015 parliamentary elections. One day before the change of its members, the Assembly -with a Chavista majority that would lose from then on- reformulated the Superior Court of Justice (TSJ) to have more judges respond to it. It was an express procedure. The first measure adopted by this irregular judicial body was to prevent the normal functioning of the brand new legislative congress. Thus, any law passed by the National Assembly was challenged by the executive branch and then endorsed by the TSJwhich immediately suspended its application.

The next step that the Chavista dictator took was to set up elections for a National Constituent Assembly, which would replace the one democratically elected. In this way, a parallel Parliament began to function to which the Miraflores Palace I did take into account.

For the last presidential “elections”, the regime placed a thousand and one bureaucratic obstacles to validate the lists and candidacies. In addition to banning the opposition leaders with the greatest electoral power, Chavismo designed another engineering that is difficult to comply with. the illegal constituent Assembly decided to remove the legal status of all the parties that had not participated in the previous municipal elections and established that in order to revalidate their legality they had to present forms with the certified signatures of at least 5% of the electoral roll in a few weeks, an engineering impossible to face in a Venezuela collapsed, where the Chavista parapolice groups impose fear in the neighborhoods. Thus, the tickets for Popular will, justice first and the Democratic Unity Tablethe winning alliance in the 2015 legislative elections.

But also, four million Venezuelans were prevented from appearing to vote.

The VII CELAC summit will end this Tuesday afternoon after a closed session from which only a few speeches were made.

(With information from AFP)

Alberto Fernández once again endorsed the governments of Nicaragua, Cuba and Venezuela: “All those who are here have been elected by their peoples”
CELAC Summit: Nicolás Maduro assured that he did not travel to Argentina because they wanted to ambush him

Arthur Aguiar talks about his alleged romance with Deolane Bezerra