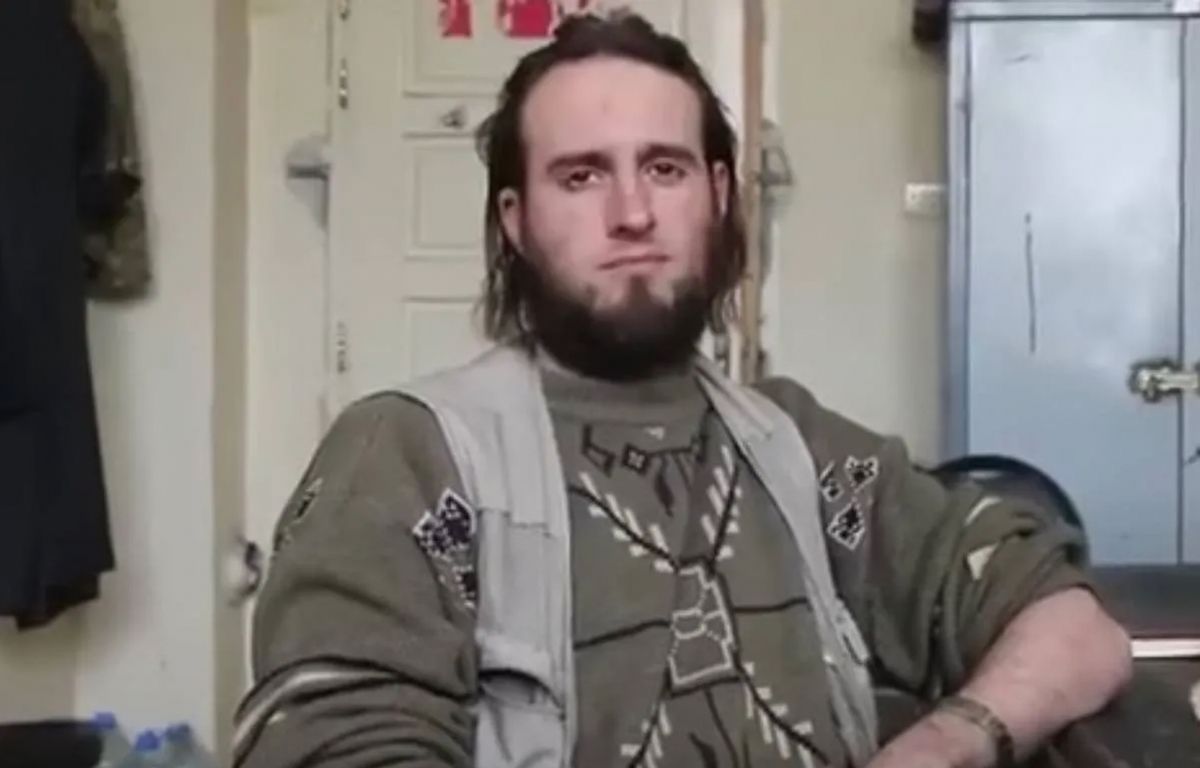 Repentant jihadist or “opportunist”? The special assize court of Paris ruled on Monday for the second option by condemning the former fighter of the Islamic State (IS) organization Jonathan Geffroy to 18 years of criminal imprisonment with a security period of two thirds for association of terrorist criminals (AMT).

His wife sentenced to five years in prison

The court presided over by Christophe Petiteau followed to the letter the requisitions of the National Anti-Terrorist Prosecutor’s Office (Pnat) which had questioned the sincerity of the repentance of this 40-year-old converted Toulouse man who had joined Syria in February 2015 with his wife, judged at his side also for AMT, and their son, then aged two months.

The court, on the other hand, was more lenient for Latifa Chadli, 40, the Moroccan wife of Jonathan Geffroy, who was sentenced to five years in prison, three of which were suspended on probation.

The prosecution had requested seven years in prison, accompanied by a two-thirds security period against him. Having already served two years in pre-trial detention, Latifa Chadli, who appeared free, will not return to prison. Present at the hearing, the two sisters of Latifa Chadli welcomed this verdict with tears of joy. Jonathan Geffroy and Latifa Chadli both faced 30 years in prison.

Jonathan Geffroy’s mother, Denise P., tried for financing a terrorist enterprise after sending more than 18,000 euros to her son when he was in the Iraqi-Syrian zone, was given a three-year suspended prison sentence. She faced ten years in prison.

Prosecuted for terrorist criminal association and abandonment of a minor – for having taken his son to a war zone -, Jonathan Geffroy had highlighted his collaboration with the French authorities, from November 2016, while he was still in Raqqa, one of the strongholds of the EI.

But the investigators of the General Directorate of Internal Security (DGSI) who testified at the bar and the general counsel of the Pnat minimized the importance of the information given by Jonathan Geffroy to the authorities, including the project of the Islamist organization of send child soldiers to Europe to commit suicide operations.

“Jonathan Geffroy is an opportunist who wanted to live a pasha’s life” in the Iraqi-Syrian zone, estimated the general counsel in his requisitions. If he decided to leave the Islamic State it was “because the situation in the area had become very difficult”, she insisted.

Friday, during his interrogation, the ex-jihadist, in pre-trial detention since September 2017, had explained without pretense his career within the IS. “When I arrive in Syria, I am proud to be there,” he admitted.

“I had put the Islamic State on a pedestal because they had conquered a lot of territory. This dimension of power nourished me. I was completely under their control at that time. Proud. Proud to have guns. I feel good, I meet people from all over the world who think like me. I am in a total utopia, ”he admitted.

“I joined them, so I have a responsibility. We do not find ourselves in the Islamic State without liking certain traits of the Islamic State,” he said with rare frankness. “Before July 14, 2016 (date of the Nice attack, editor’s note), I did not look the truth in the face,” he added. This attack marked “a rupture”, he explained to the court. At that moment, “I realize who they are”.

After his flight from Syria and his arrest by the Free Syrian Army (ASL) in February 2017, then his surrender to the French authorities in September of the same year, he continues to speak to investigators. But without convincing. “I have always been cooperative with the intelligence services, with the investigating judge (…). I can’t do more than what I’ve done,” he said.