Argentina were thrashed 3-1 at home by Brazil 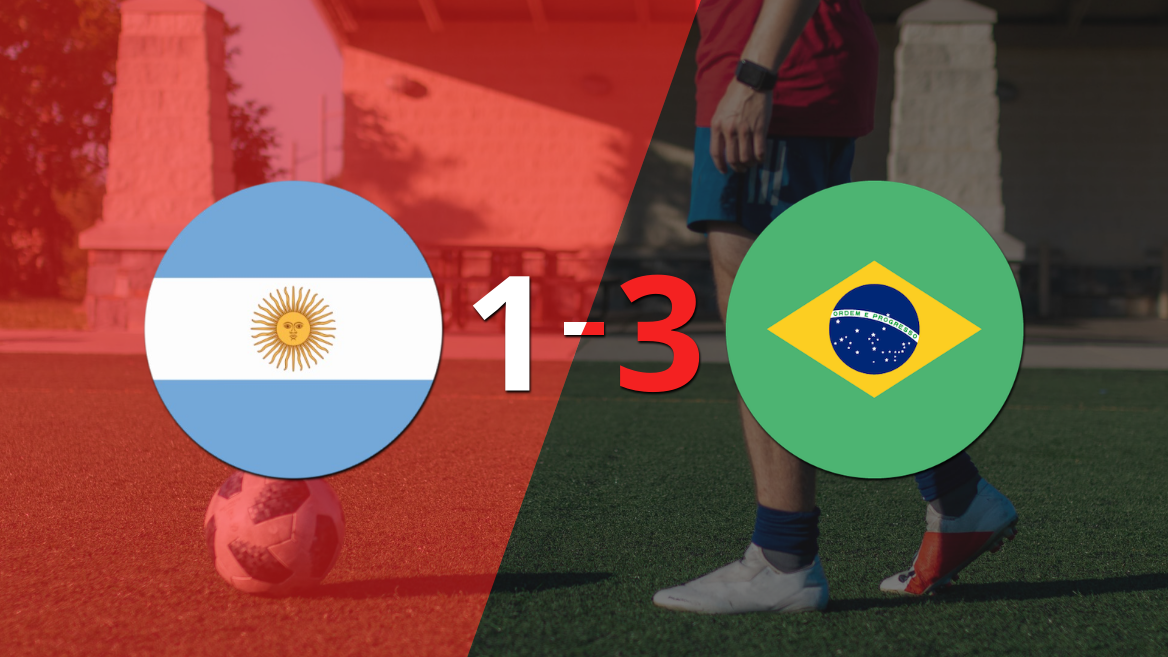 Brazil got three points thanks to its 3-1 victory as a visitor against Argentina, this Monday on date 3 of group A of the CONMEBOL – Sub 20 Colombia 2023 tournament. The goal of the match for the locals was scored by Maximiliano González (44′ 2T) . While the away goals were made by Guilherme Biro (7′ 1T), Andrey Santos (35′ 1T) and Vitor Roque (41′ 2T, penalty).

Guilherme Biro made the stadium vibrate with his definition, in the 7th minute of the first stage. With an individual play, the midfielder took the ball to the left and, from the big area, finished off the ball at the goalkeeper’s left post.

Gino Infantino missed the chance to equalize for Argentina, as he did not convert a penalty in the 25th minute of the first half.

Andrey Santos was the figure of the party. The Brazilian midfielder scored 1 goal and was encouraged to kick 2 times.

Another important player in the match was Guilherme Biro. The Brazilian midfielder was the author of 1 goal.

Midfielder Máximo Perrone of Argentina brought out midfielder Marlon Gomes of Brazil to dance and threw a pipe at him 36 minutes into the first stage.

The duel was quite fought, with many fouls on both sides, which caused the match to stop constantly. There were a large number of cautions: Mycael, Giovane, Valentín Gómez, Alejo Veliz, Lautaro Di Lollo and Máximo Perrone.

For their part, those led by Ramon Menezes stopped with a 4-5-1 scheme with Mycael under the three sticks; Arthur, Jean Pedroso, Robert Renan and Patryck in defense; Giovane, Andrey Santos, Marlon Gomes, Guilherme Biro and Alexsander in midfield; and Vitor Roque up front.

The judge selected for the match at the Pascual Guerrero Olympic Stadium was Gustavo Tejera.

Argentina will visit Peru on the next day. Likewise, Brazil will play at home against Colombia.