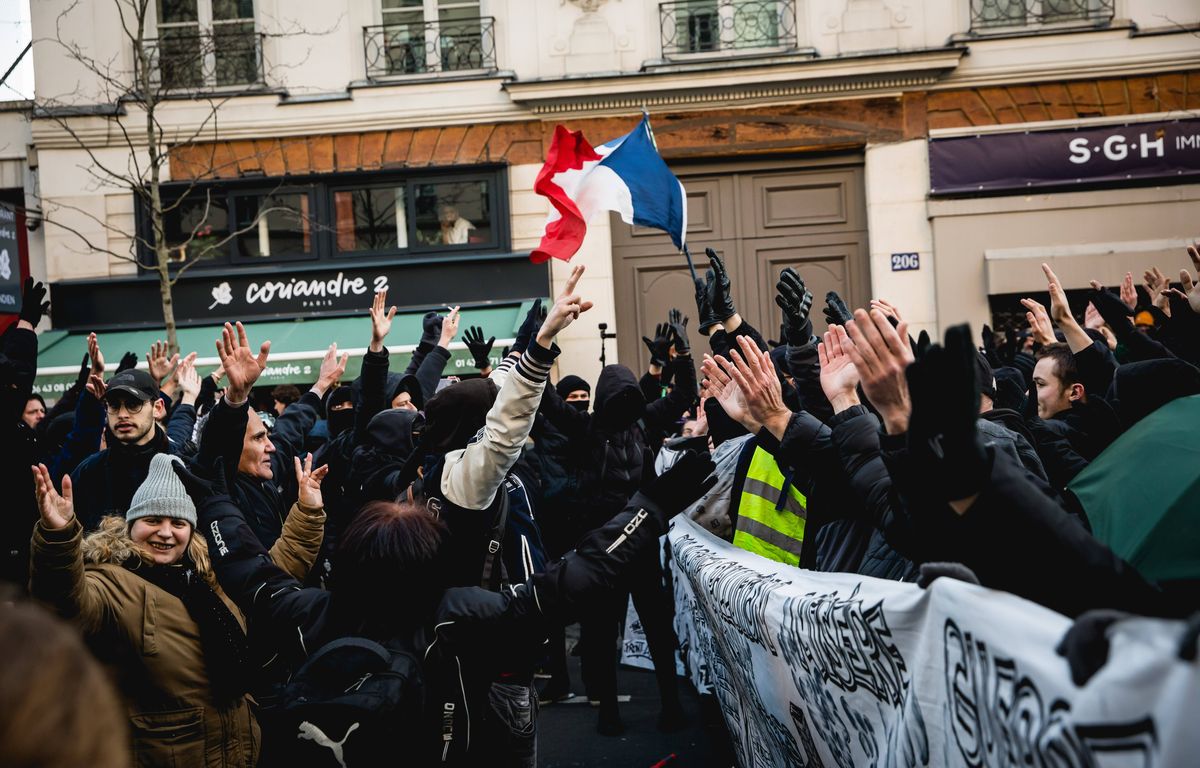 The first returns had been unanimous: with only 44 arrests, sporadic clashes and above all quickly brought under control, the Parisian demonstration against the pension reform was described as a real success in terms of maintaining order. A balance sheet darkens Sunday after the revelations of the daily Release. A 26-year-old Franco-Spanish engineer, amateur photographer, was emasculated after being hit in the crotch with a truncheon. The Paris prosecutor’s office announced this Monday noon the opening of an investigation for violence by a person holding public authority. The investigations were entrusted to the IGPN, the police force.

The scene was notably filmed by BFM and independent photographers. We see the victim on the ground on his back, his camera slung over his shoulder, when a policeman literally jumps in his direction and strikes him a violent blow with a truncheon in the crotch. The official immediately goes back to his colleagues, positioned a few steps away. In Releasethe injured engineer explains that he was pushed to the ground by another policeman [aucune image de ce moment n’a été diffusée]. “It happened at the time of a police charge to try to arrest a man who had been throwing projectiles for a long time, in particular pieces of pallets”, indicates to 20 minutes a senior police source who assures that the injured man was “in the immediate vicinity”. This is one of the only two notable charges of the demonstration.

Government spokesman “challenged” by the images

If within the police headquarters, we refuse to comment, the gesture of this official belonging to an intervention company questions. The images show, in fact, the policeman immediately turn around after having struck a blow with a truncheon, leaving demonstrators to come to the aid of the engineer. The man was not arrested, proof that no charge seemed to weigh on him. Government spokesman Olivier Véran himself said he was “arrested” at the sight of these images. “We must identify what is self-defense,” he sought to qualify. But this principle, strictly regulated by law, can only be advanced in the event of immediate danger and is based on the proportionality of the response. However, on the images broadcast, the man is on the ground, unarmed, when he is struck.

Wounded at the level of a testicle, the injured demonstrator was removed and is still in hospital on Monday. As of Sunday, the lawyer for this engineer who lives in Guadeloupe announced her intention to file a complaint for intentional violence having led to a mutilation by a person holding public authority, facts falling under a criminal qualification. A sign that the case is taken very seriously, even before the courts take up the case, the Paris police headquarters has announced the opening of an administrative investigation at the request of the prefect, Laurent Nuñez, for clarify the “circumstances” of the reported incident.

An administrative investigation opened this weekend

If this type of investigation is sometimes entrusted to the IGPN – which can therefore look at the administrative and judicial side – it is carried out, in this case, internally. It is therefore the Department of Public Order and Traffic (DOPC), to which the official in question belongs, who is in charge of it. “The first step is to hear everyone’s versions, that is to say from the person incriminated but also from his colleagues to try to understand what happened”, explains a police source. .

Depending on the findings, the man may be referred to a disciplinary board. “In fact, when there is a judicial investigation, we generally do not issue an administrative sanction before a court decision”, notes this source, which specifies that an administrative sanction can be decided even without conviction. “But it’s difficult not to take this aspect into account during the disciplinary council. “. Still, if the case now follows its course, these images taint the first baptism of fire in terms of maintaining order of the new prefect Nuñez.

this affordable pair of sneakers that she doesn’t take off when she’s travelling!