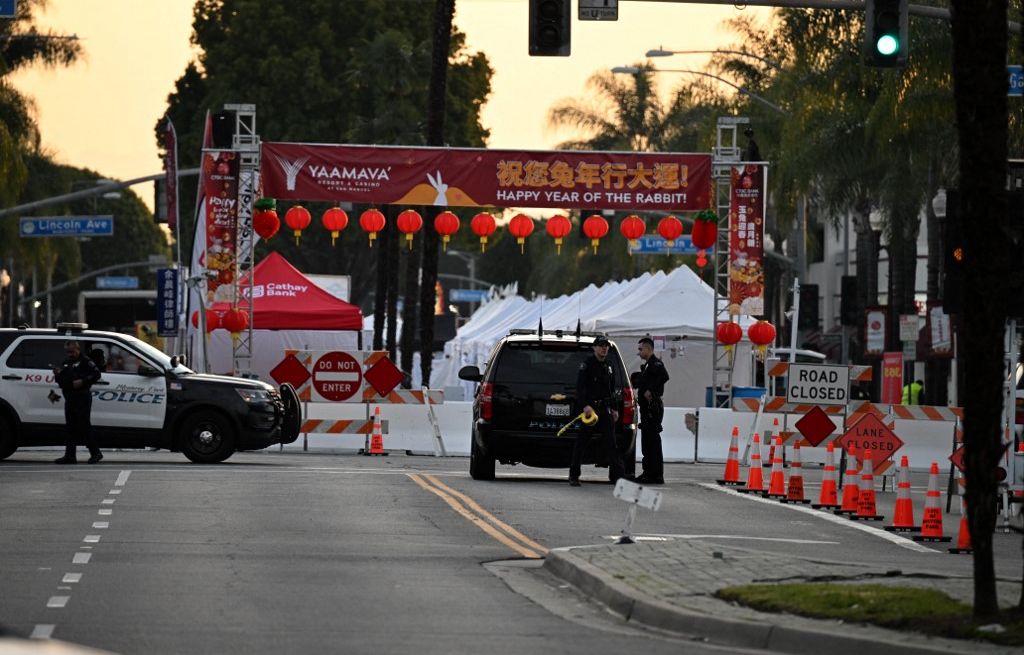 Here’s hot news to make you forget the cold this weekend. Like every Sunday evening, we offer you a summary in five points of the info of the last 48 hours.

1. A shooting in the middle of the Lunar New Year

A manhunt has been launched in southern California to find the shooter who opened fire on Saturday night during the Lunar New Year celebration. The shooting, which took place in a dance hall in a Californian city near Los Angeles mainly populated by people of Asian origin, left 10 dead and 10 injured. The suspect is described by local police who are looking for him as “a male of Asian origin”.

2. A man emasculated during the demonstration against the pension reform

A 26-year-old Franco-Spanish engineer, who took photos during the demonstration Thursday against the pension reform in Paris, had to have his testicle amputated after a baton from a police officer. On videos broadcast in particular by BFM TV and AB7 Media, we see the official kicking a man on the ground in the crotch, who is holding a camera in one hand, then leaving. The man had been thrown to the ground by another police officer, according to his account. A complaint for violence is being filed.

Olivier Faure was confirmed Sunday winner of the vote of the members to designate the first secretary of the Socialist Party. According to the verification commission, he won with 51.09% of the vote against 48.91% for Nicolas Mayer-Rossignol. The latter contests the results, asks that the work of the commission continues and accuses his rival of a “passage in force”. Even before this Sunday’s announcement, Faure had said in an interview given to JDD that he was the winner of the election.

The Alpe d’Huez international comedy film festival has delivered its prize list. The jury chaired by Karin Viard bet everything on youth for this 26th edition of the Alpe d’Huez Festival. To start with 38°5 Quai des Orfèvres, first film by Benjamin Lehrer, deserved Grand Prize. Brune Moulin, 15, also left honored. She who made her debut in The most beautiful to go dancing by Victoria Bedos, won the Best Actress Award. In tears on stage, she mentioned the math assessment that awaits her this Monday at high school. “I will be focused on my duty but I will keep my head a little in the clouds because I have just had the best weekend of my life,” she said.

More info: Throughout the week, our journalist Ciné Caroline Vié made you live the festival. A cover to relive here.

The more the tournament progresses, the more the contenders jump and the more Djokovic becomes favorite for a 22nd Grand Slam title which would allow him to equal Rafael Nadal’s record. But the Serb seems under the permanent threat of abandonment because of his left thigh. He will meet the Australian Alex De Minaur before a possible revenge against the young Dane Holger Rune who beat him in the final of the Masters 1000 in Paris last year.

Among the women, the world N.1 Iga Swiatek created a surprise by losing in 8th. Caroline Garcia, the last Frenchwoman in the running at the Australian Open, will play hers on Monday against the Polish Magda Linette on the Rod Laver court. At this time of the day, the weekend will already be well behind us so we let you enjoy the last hours of this Sunday.

Diriangén beating on his visit to Matagalpa FC