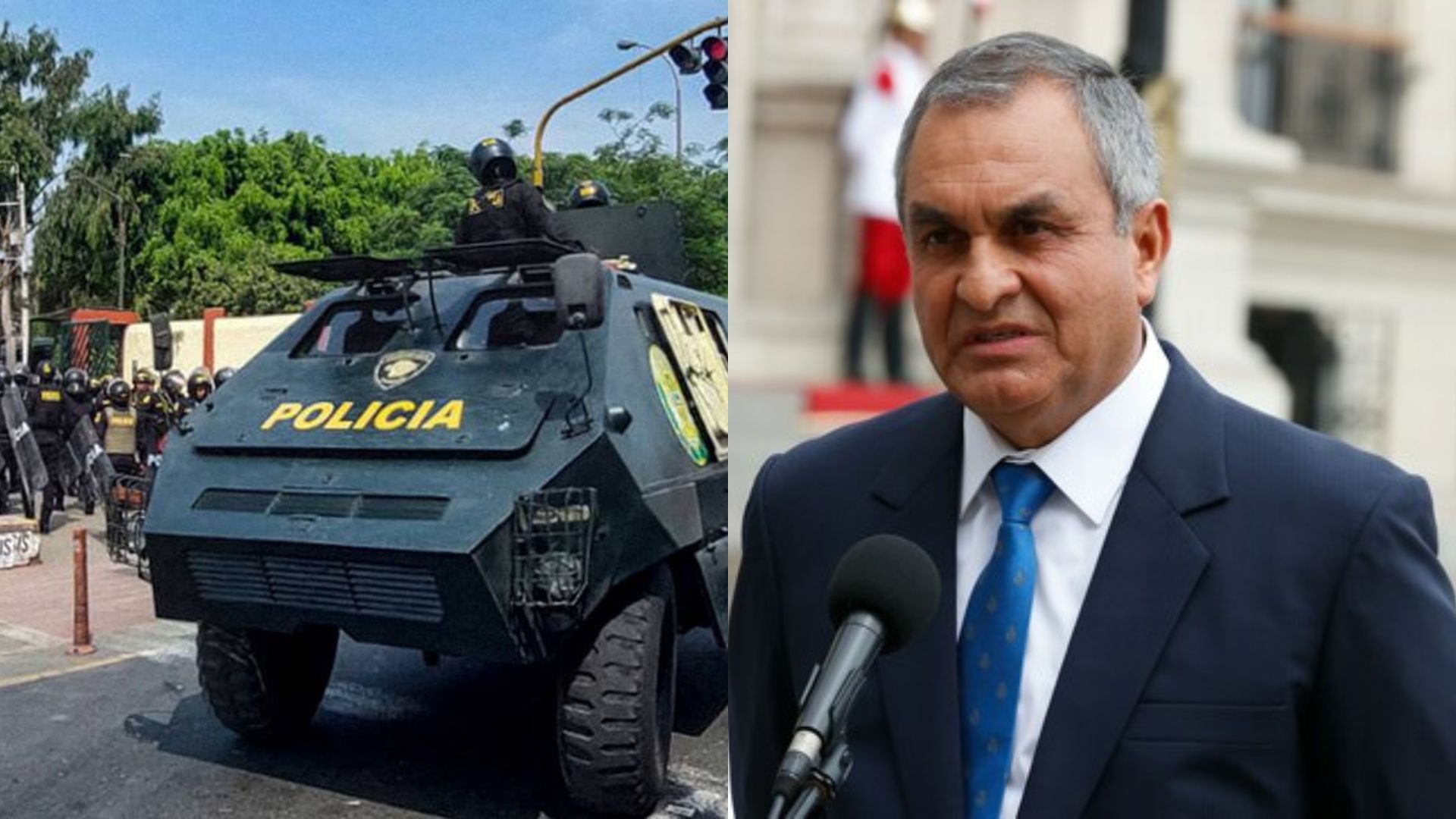 The Minister of the Interior, Vicente Romero, ruled for police intervention in San Marcos.

After the announcement of the National University of San Marcosin which the “police abuse” was condemned during the intervention in its facilities by the protesters, the Minister of the Interior, Vincent Romerocame out to respond to give more details about what happened on Saturday, January 21.

“The intervention has been given at the request of the authorities of the college. This is subject to the use of procedures established not only in international standards, but also in legal standards. In reality there was flagrante and in state of emergency”, he pointed out in an interview with the Sunday newspaper Panorama.

“When there is a flagrant act, the police immediately intervenes. PoliceThat is regulated by law. It is a power that the Police have. If I see a person who steals and runs, I identify him and I can stop him, ”she said.

It may interest you: Protests in Peru LIVE: policeman taken hostage was released in La Joya 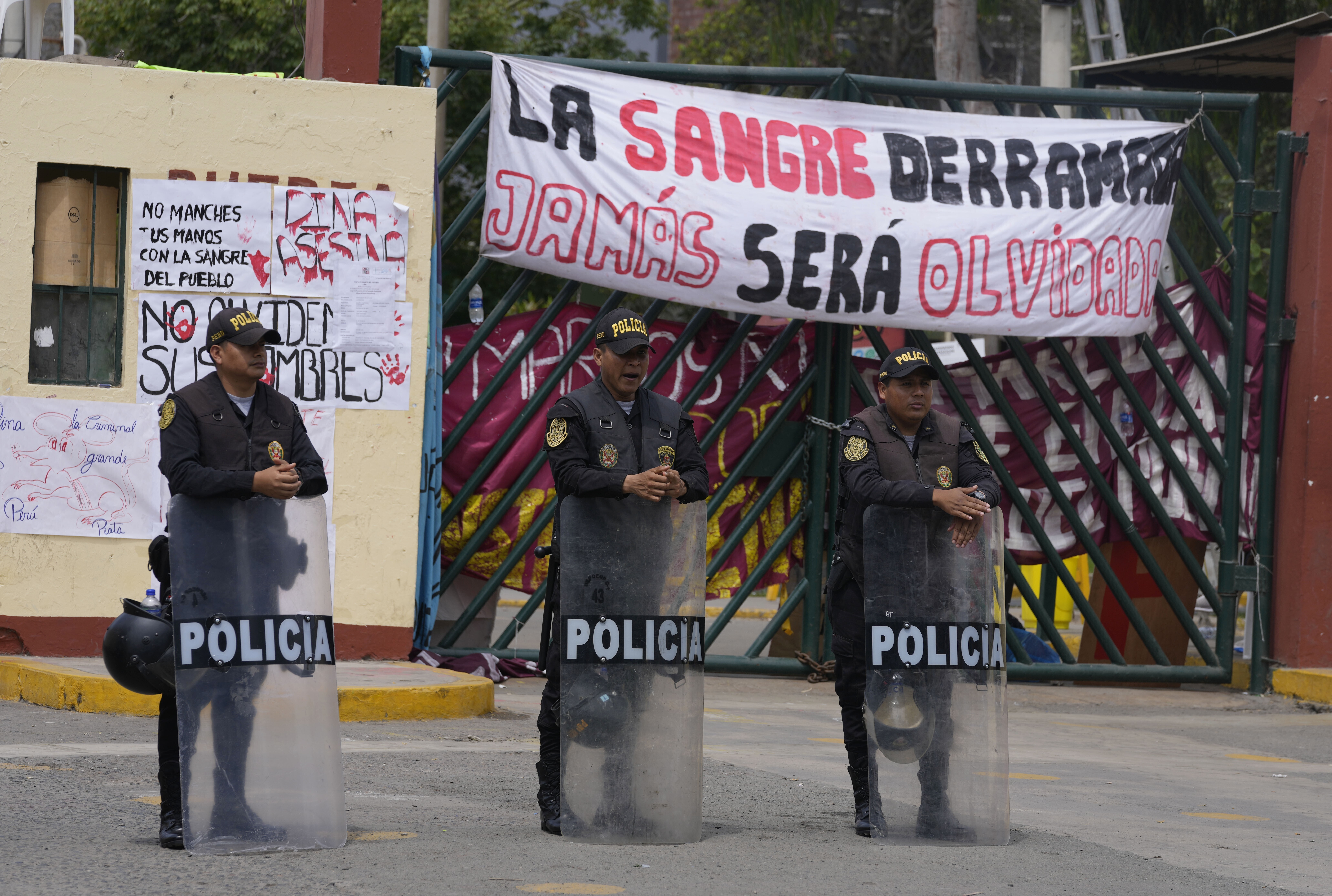 He explained that there is a tax complaint, from January 17 or 18, which was presented by the authorities of the collegein addition to a complaint at the police station.

“Prior to this admission to the university, they had violently removed the security guards from the Private securityThey had taken away their radios, they had even covered the video surveillance cameras. Therefore, there is a flagrante. The nine gates had been chained,” he asserted.

He denied that there was aexcessive use of force”, because otherwise injuries would have been reported. In addition, he justified the violent entry into the university campus that ended up damaging infrastructure in the gate 3. 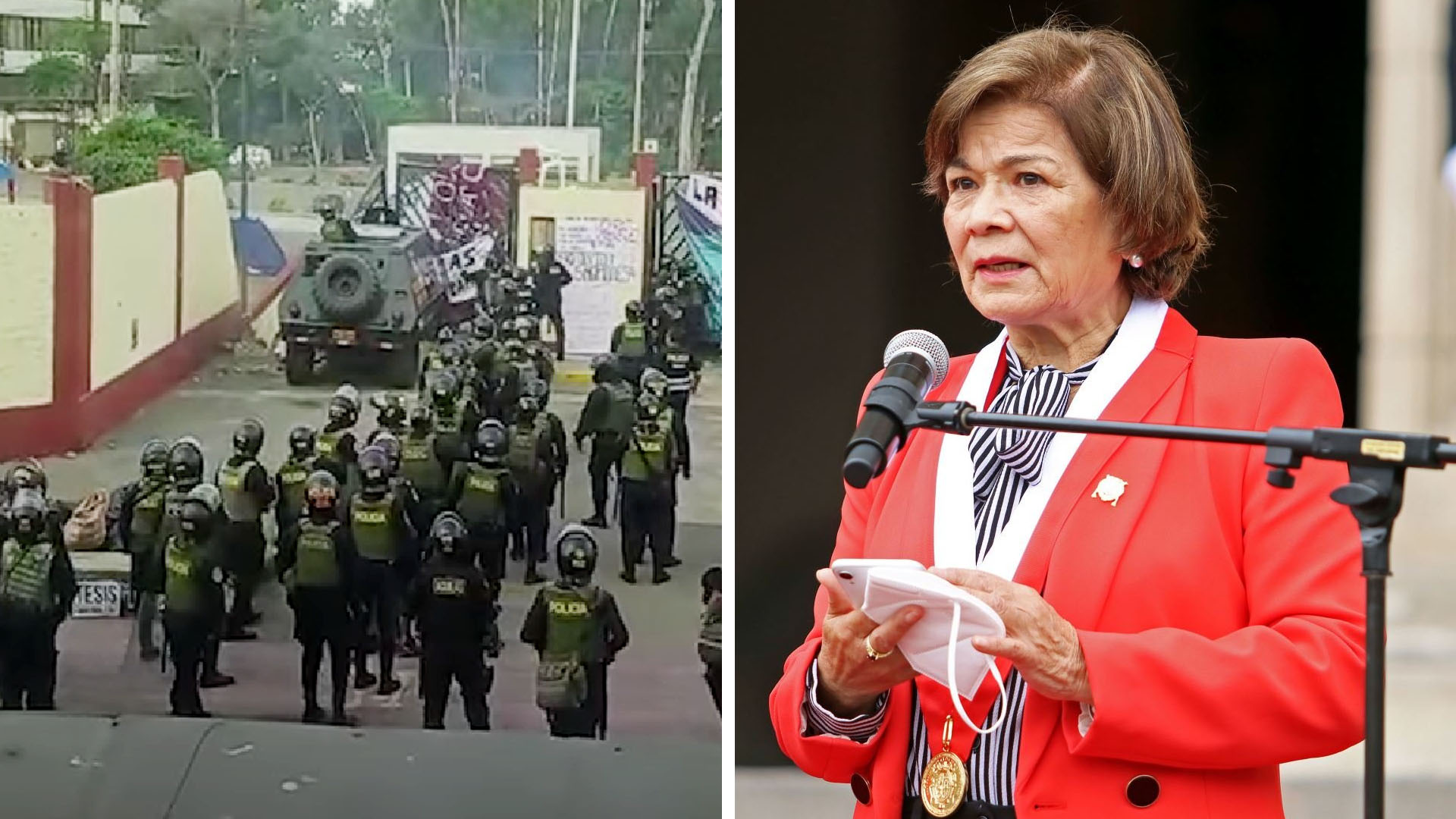 The rector of San Marcos, Jerí Ramón, affirmed that she “did not know” that the Police were going to enter with tanks. (Andina)

“I have coordinated with the operational chief himself so that he can explain to me what happened. They had put chains in such a way that with the shears it was impossible. They had to use this multipurpose vehicle to be able to enter. What would have happened if they were slow to take control of the operation? The people inside would probably have come out and could generate clashes and subsequent injuries,” he said.

“The issue is that here they have intervened with all the rigorous compliance with the norm, in such a way that there is no problem. I am totally clear. I have been a police officer too, I have had many interventions, ”he added.

Regarding the statement of Saint Markthe head of the Interior said that “he has always been respectful of opinion” and assured that he had already requested a “detailed report” of this intervention that “has been justified by law.”

The house of studies remarked that the complaint requested “only” the release of the seized doors; however, on January 21, the Police in evident use of force, entered the University campus.

“Without the presence of the Ombudsman nor the representative of Public ministry. Therefore, we denounce the abuse of authority towards our arbitrarily intervened students, ”he pointed out.

Woman who was detained in San Marcos denounced mistreatment and insults by the Police: “They dragged us on the ground”
They admit to habeas corpus proceedings against the general commander of the Police for “arbitrary detention” in San Marcos
San Marcos condemned the “abuse of authority” by the Police during the eviction of the university campus