Ghislaine Maxwell spoke for the first time from prison: “I wish I had never met Jeffrey Epstein”

Ghislaine Maxwell gave his first videotaped interview for British TV. In a special program called Ghislaine Behind Bars (Ghislaine behind bars)- and issued by Talk TVthe Rupert Murdoch channel, the socialite sentenced to 20 years for participating in a decade-long sexual exploitation and child abuse scheme for the late financier Jeffrey Epstein spoke about the pedophile Epsteinwhom she blames for her crimes that landed her in jail; his friend Prince Andrew and the late Queen Elizabeth.

First he started by talking about his daily routine. She said that she eats cereal and fruit for breakfast and then “you have to make your bed military style. It has to be a certain way, otherwise you have problems. At 7.30 you go to work. I go to the library and help people who are trying to appeal their case and things like that. I also help people find administrative resources.”

Too complained about lunch in jail: “Portion control is very weird, and because I’m on a meatless diet, there’s supposed to be hummus or cottage cheese or tofu. But mostly, I’d say 95% is tofu or beans.”

“And if you’re lucky, they call Recreation sometime during the day. If you’re at work, you miss it and if you’re not, you go out for about an hour.” He also revealed that she suffers from depression.

The person who blames his misfortune is the one who was previously his partner and partner: “I wish I had never met Jeffrey Epstein. I wish I had stayed in England.”

And she is convinced that her death is not what it seems: I think he was murderedAnd I wonder how it happened.”

Without apologizing to the victimsMaxwell said he hopes they “get some closure,” but added that they should take any anger over his death out on the authorities.

“They should take their disappointment and get upset with the authorities that allowed that to happen. And as I said, I hope they have some closure due to the judicial process that was carried out, ”he said. “I wish they have time to heal and can move on.”

The interview, by British presenter Jeremy Kyle, was broadcast on Monday, January 23 at 7:00 p.m. (UK time), and in it defends his friend, Prince Andrew, and try to unlink it from Virginia Guiffrethe woman who accused him of rape when he was still a minor.

The photo of the couple that circulated around the world, which was apparently taken in March 2001 in Maxwell’s apartment, was provided by Guiffre to The Mail on Sunday in February 2011. 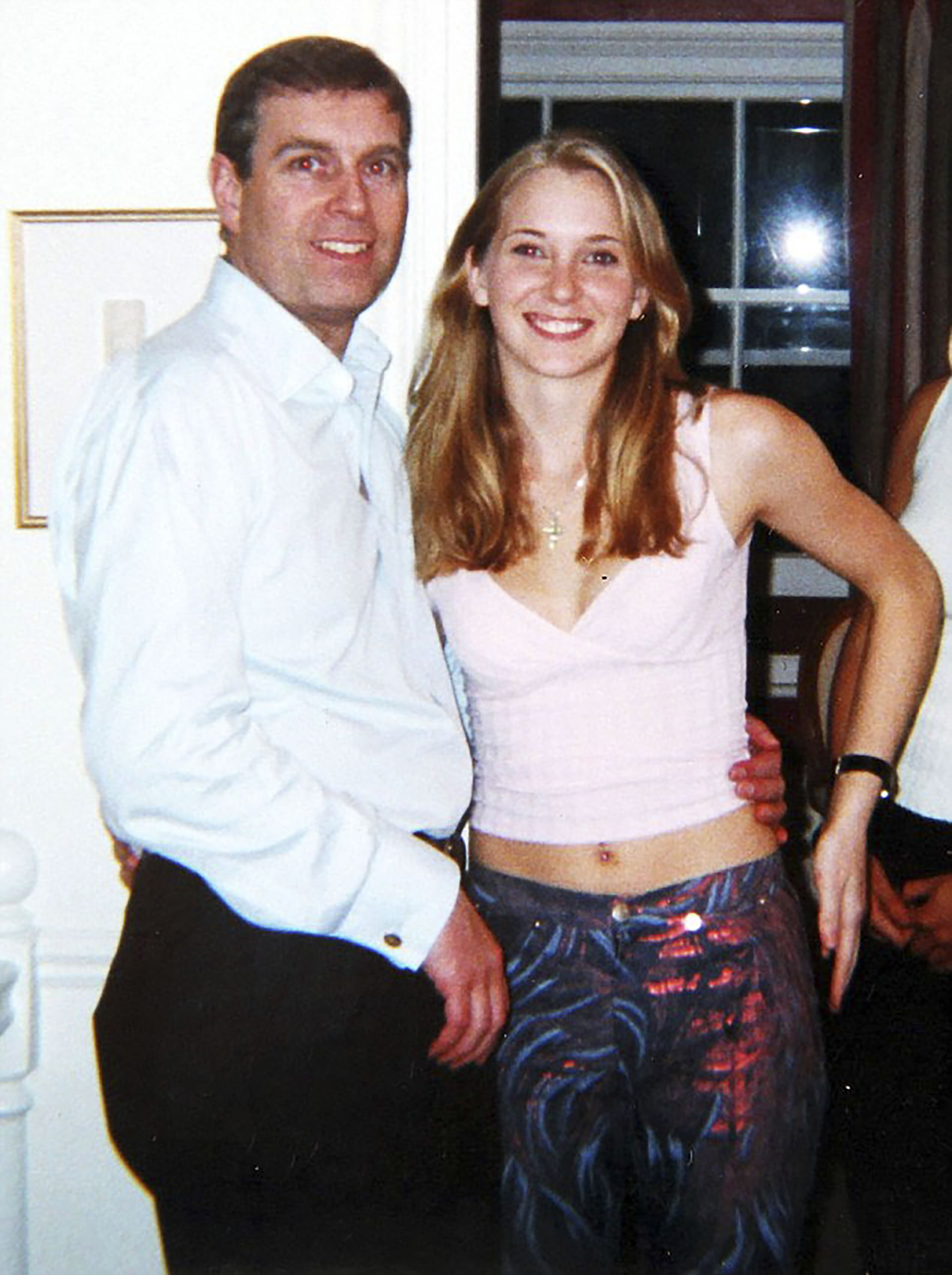 According to Guiffre, who was forced to have sex with the Prince when she was 17 years old, after being trafficked by convicted pedophile Jeffrey Epstein, who in 2019 was found dead in his prison cell.

In the revealing interview, which will be broadcast on the Jeremy Kyle, Maxwell denies everything: “I have no recollection of their meeting. And I don’t think that photo is real. It is false. I don’t think it’s real for a second, in fact I’m sure it’s not.

And he adds that there has never been an original, “there is no photograph.” “I don’t think it happened,” she remarked.

Then, he directly attacked Giuffre and said that “everything he said must be questioned.”

The interview comes as Prince Andrew is set to launch a dramatic attempt to void the multi-million dollar settlement he reached with Guiffre in an attempt to get her to recant her sexual assault allegations and possibly obtain an apology. The Duke of York has taken action after Guiffre last year dropped his lawsuit against Epstein’s former lawyer Alan Dershowitz, whom he also accused of sexual assault, admitting he “may have made a mistake” in identifying him. .

last weekend, The Daily Mail revealed that Maxwell, who was a friend of Prince Andrew, had met the late Queen isabel II.

From prison in Florida, Maxwell declared: “I believe that the Queen is one of the most exceptional women that I have had the honor and privilege to know.”

And he stated that spend time with the British monarch and talk about her shared love for horses it was one of the greatest honors of his life.

I thought the Queen was one of the most exceptional women that I have had the honor and privilege of knowing”, he assured. 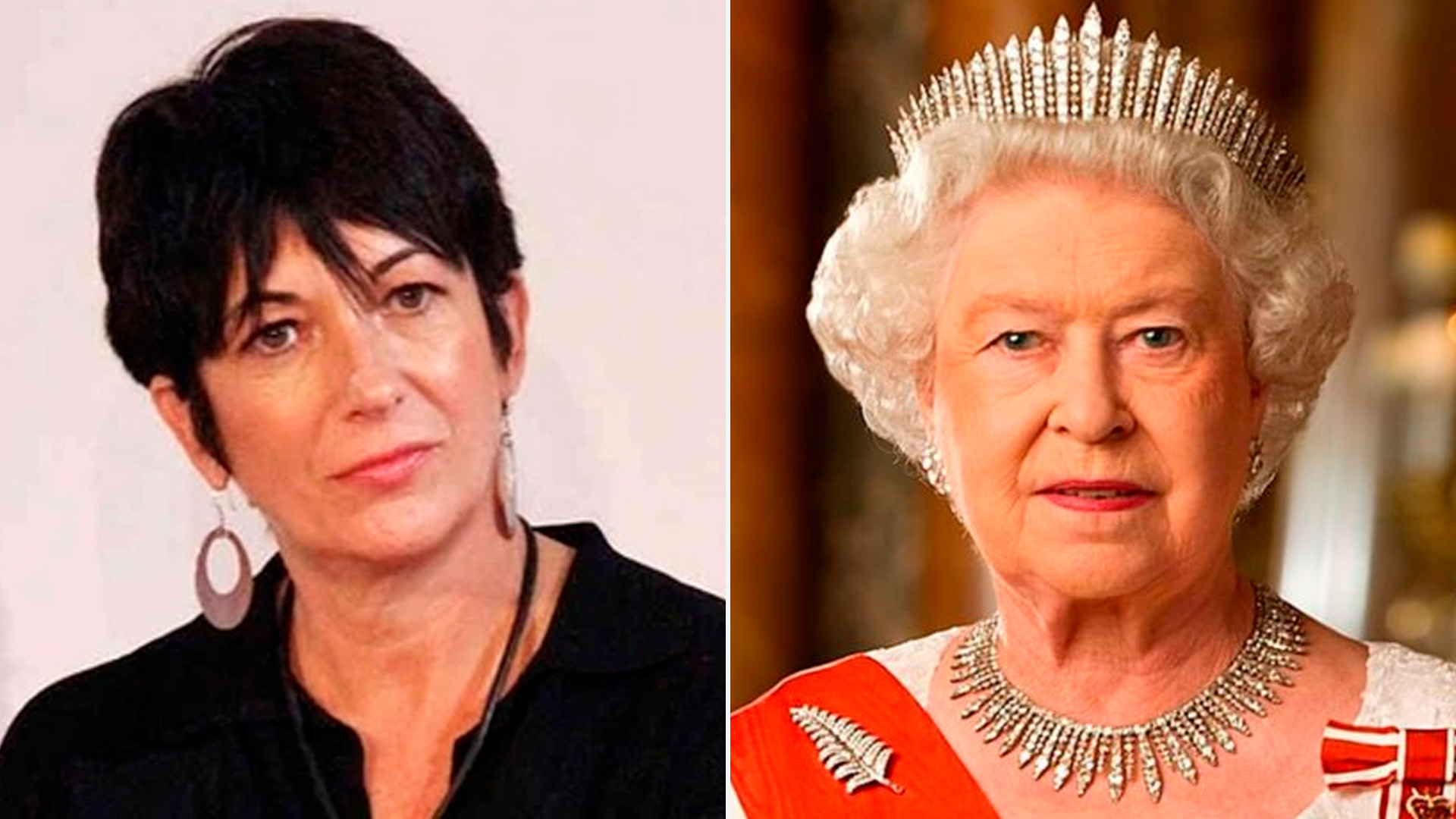 From prison in Florida, Maxwell declared: “I believe that the Queen is one of the most exceptional women that I have had the honor and privilege to know.”

He claimed the late monarch had a “brightness” and said he was “deeply saddened” when he heard the news of her death.

It is known that Maxwell was invited by Andrew to the Buckingham Palace on several occasions, and also participated in a more intimate meeting in balmoral in the summer of 1999, when the Queen is believed to have been in residence. On that visit, Maxwell and Jeffrey Epstein were photographed relaxing in the queen’s cabin

The following year, in June 2000, they had fun at the birthday party. Andrew’s 40th birthday in it Windsor Castle, organized by Elizabeth II. In addition, in December of the same year, the prince invited them to sandringhamwhere the monarchs spend their Christmas holidays.

“Bill Clinton He is one of the most interesting people I have met in my life”, he told about his relationship with the former president of the United States.

To end the interview, her brother, Kevin Maxwell, asked her “who the real Ghislaine was. “I feel completely separate from the person that people and the media are talking about.”

The socialite A friend of the British actress and many powerful politicians and finances, she was sentenced in June 2022 to 20 years in prison for participating in a scheme of sexual exploitation and abuse of minors for the late financier Jeffrey Epstein over a decade.

The socialite was friends with politicians and the most influential figures

The daughter of the British newspaper magnate Robert Maxwellwho also has American and French nationality, did not react when Judge Alison Nathan announced the sentence in the court for the southern district of Manhattan, which had generated enormous expectations.

The judge described Maxwell’s crimes as “abominable and predatory” and made it clear that although “Epstein was central to this criminal scheme, Maxwell is not being punished in his place or on his behalf, but rather for his conduct.” 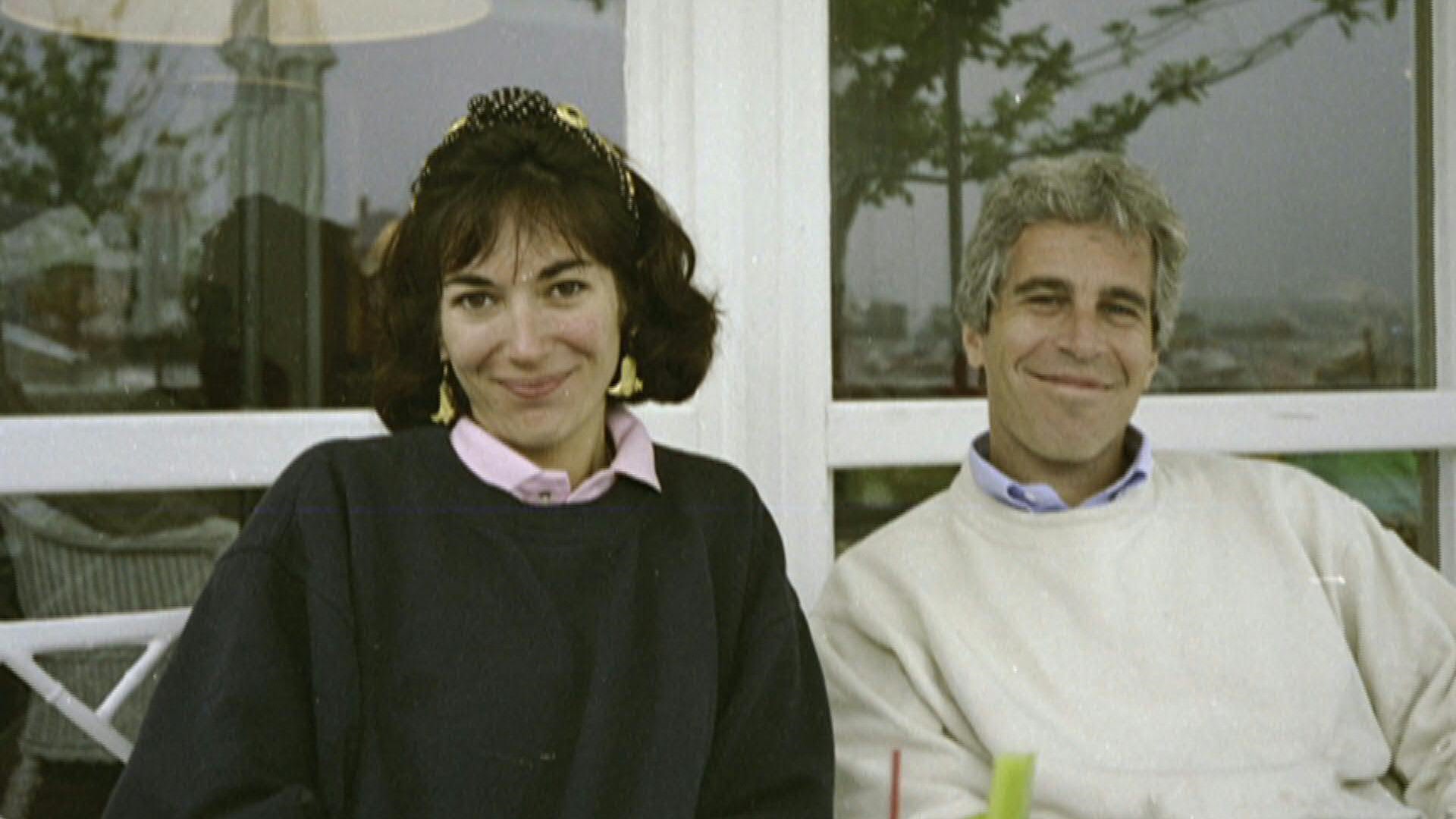 Ghislaine Maxwell, the ‘socialite’ friend of British royalty and many powerful cream and cream of politics and finance, was sentenced to 20 years in prison for participating in a scheme of sexual exploitation and child abuse for the deceased financier Jeffrey Epstein over a decade

The financial billionaire committed suicide in jail in August 2019 while awaiting trial for these crimes. According to the prosecution, for a decade, Maxwell assisted, facilitated, and participated in the child abuse by Jeffrey Epstein, helping him recruit, attract and abuse young people he knew to be under 18 years of age.

The sentence was more lenient than the 30 to 55 years in prison that the New York prosecutor requested, but a little more than what the scale establishes for each of the five crimes of which she was found guilty by a jury on December 29. , which would add up to between 15.6 and 19.5 years.

Nathan justified the sentence in “the seriousness of the facts” despite acknowledging the mitigating factors such as the defendant’s apologies to the victims, that the events occurred between 1994 and 2004, that he has not had any problems with the law either before or in the last almost 20 years, in addition to his good behavior in prison, where she has been held since her arrest in the summer of 2020.

For prosecutor Damian Williams, the sentence “sends a strong message that no one is above the law and that it is never too late to do justice.”

After the prosecution had criticized his “total lack of remorse” and the testimonies of several victims who, with broken voices, recounted the ordeal that the Epstein-Maxwell couple made them live and with which they continue to deal almost three decades later, the Socialite recognized “the terrible damage he did to too many women.”

“It’s hard to hear and even harder to take,” he said before adding: “I deeply sympathize with all the victims in this case” and “I feel the pain they are experiencing.”

Two of Epstein’s victims, identified as “Jane” and “Carolyn,” testified at trial that they had 14 years when Maxwell began to attract them for the financier’s solace. 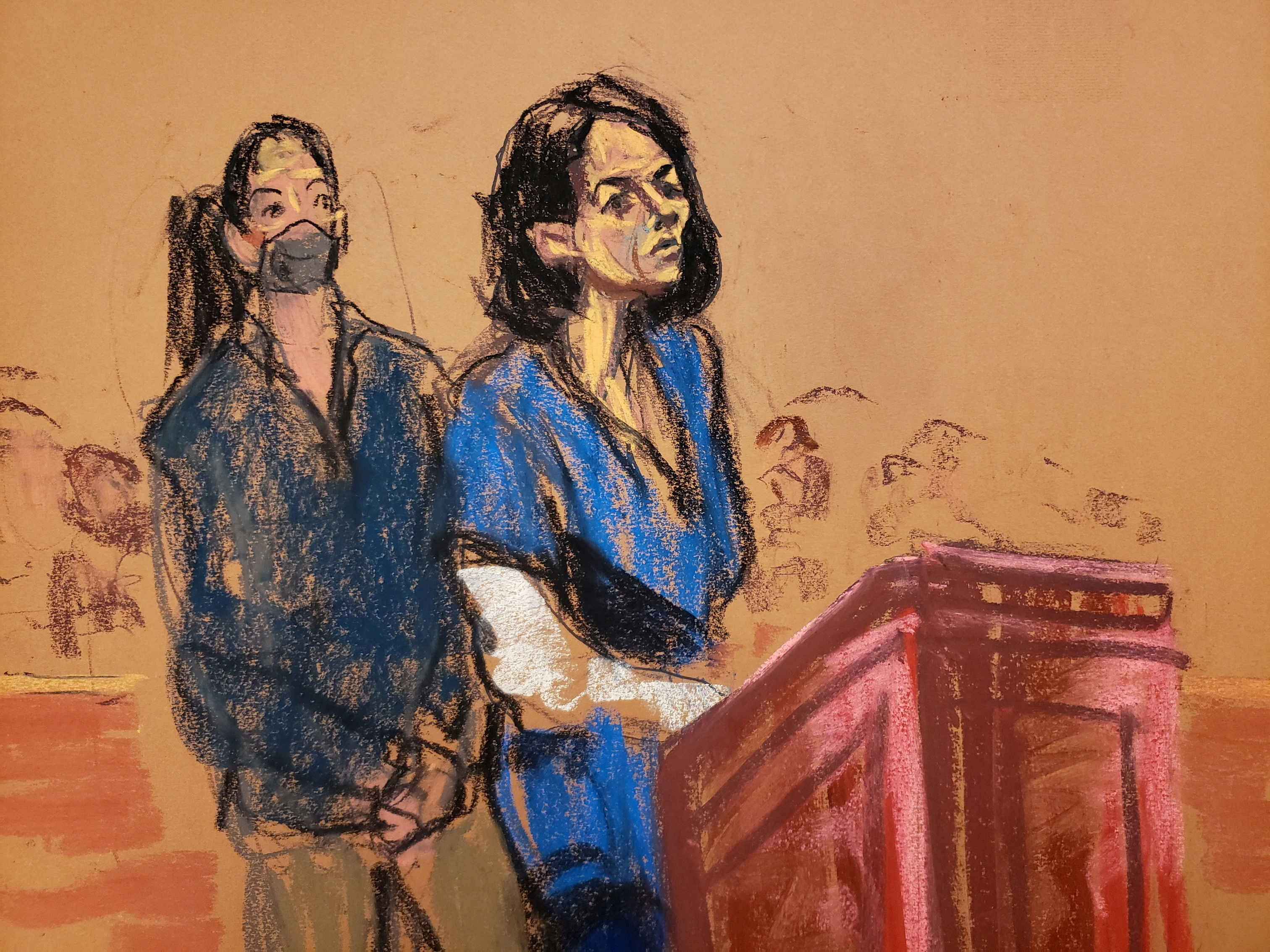 “I think Jeffrey Epstein was a manipulative, cunning and controlling man who had a deeply compartmentalized life and misled everyone in his orbit,” Maxwell said.

Maxwell and Epstein were a couple in the early 1990s. before becoming professional collaborators and accomplices for nearly 30 years.

In the recent trial a witness declared that she was “the lady of the house”.

The relationship that persisted was difficult to define but had its obvious consequences: “She was part girlfriend, part employee, sort of general manager and best friend. She was the one who fixed the problems and made things easier,” said the witness in court.

She organized the house and the staff. She gave each new employee a 58-page manual with instructions on how they should behave (they could not address Epstein or look him in the eye) and made them sign a confidentiality agreement. She was the one who gave the orders and handled the day-to-day finances.

She went from being Epstein’s girlfriend to his madam.

She would get Epstein the teenage girls to give him his three daily sexual massages, talk them down, threaten them, talk them into going on a trip with the financier and his powerful friends, do whatever it takes to recruit replacements, and even participate. in several of the sessions.

For me and for many others, You opened the door to hell for us.”he told Maxwell Virginia Giuffreone of the victims of the couple -although he did not appear in the case-, in a statement read by his lawyer at the hearing.

In one of the many ramifications of this case, Giuffre sued the prince andrew of england for sexual abuse when he was a minor. Last February they reached an out-of-court economic agreement for which the son of the Queen of England would have paid, according to the press, 13 million dollars, thus avoiding an embarrassing process for the British royal family.