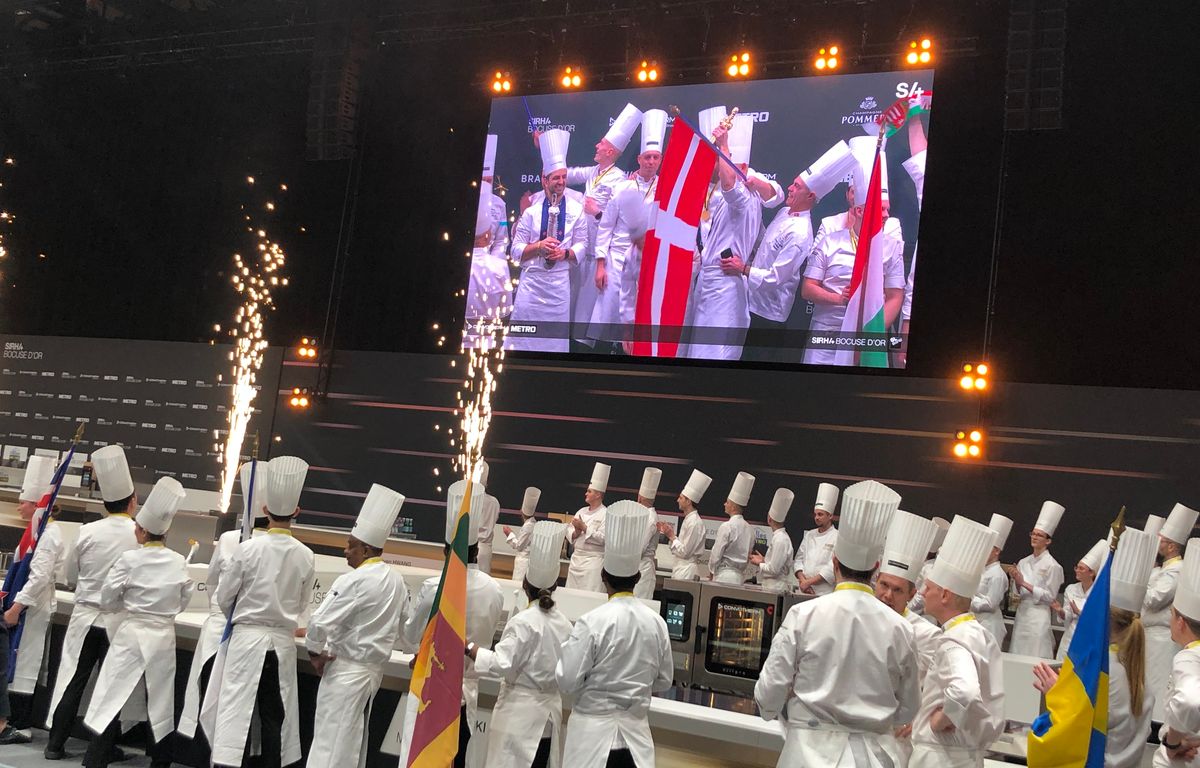 Already winners of the Bocuse d’Or in Europe in 2022, the Denmark team has confirmed its status as favourites. This Monday evening, she won the Bocuse d’Or, the most prestigious international gastronomic competition in which 24 nations participated. It thus succeeds France on the list of winners.

Led by chef Brian Mark Hansan, Denmark won its third trophy in this competition, created in Lyon in 1987. And outclasses the competition. With 2,026 points, he is ahead of Norway (1,971 points) and Hungary (1,955 points) which climbs on the third step of the podium.

France in fifth place in the ranking

France, represented by the young prodigy Naïs Pirollet, comes in fifth place, totaling 1,923 points. The youngest in the competition will nevertheless be able to take comfort since the jury awarded her the prize for the best “Feed the kids menu”, which was the first test of the competition and which was to consist only of squash-based dishes. La Française had made a crunchy squash croissant, a squash praline, a soft-boiled egg and béchamel sauce, a nutmeg squash velouté as well as a meringue top – filled with milk mousse and pumpkin heart – as a dessert.