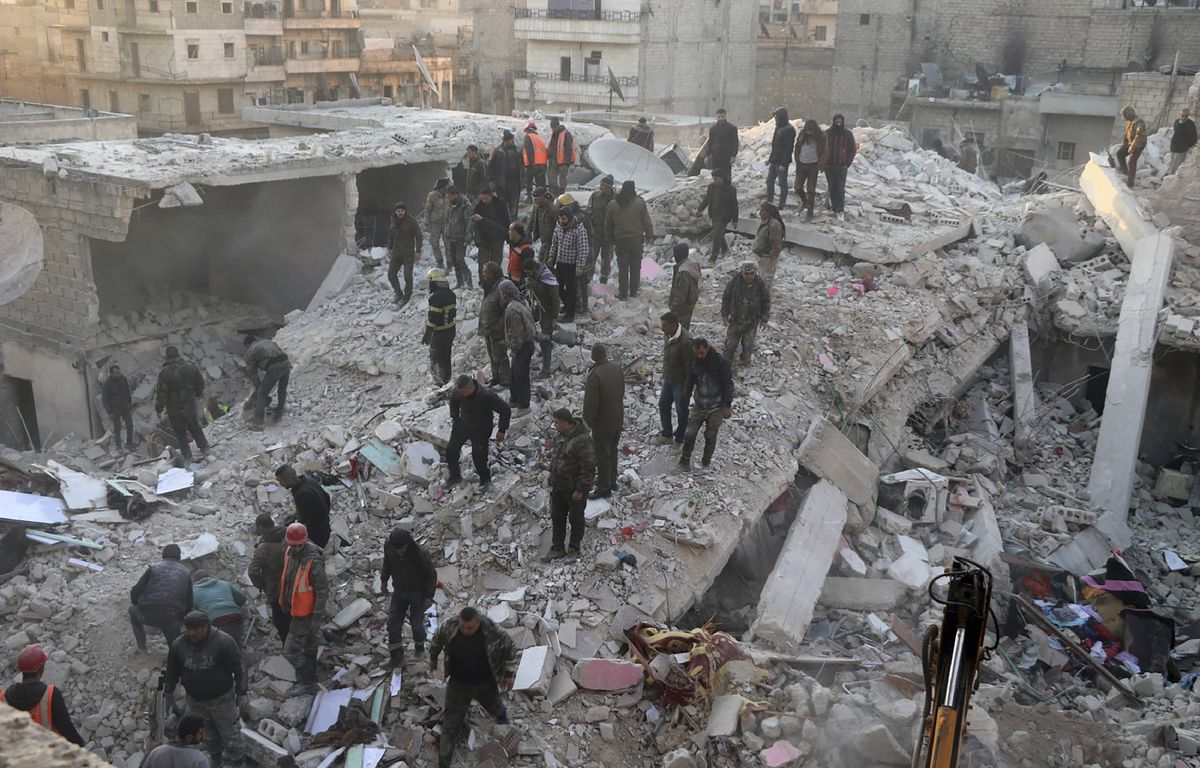 The results of the collapse of a building in a district of Aleppo are terrible and unfortunately only temporary. Sixteen people including children died on Sunday in this tragedy which affected Syria’s second city, according to several local sources.

At 3 a.m., in the predominantly Kurdish district of Sheikh Maksoud, the five-storey building collapsed following “water infiltration in the foundations”, while its inhabitants were sleeping, indicated the official Syrian agency Sana. Seven families were housed there according to the Interior Ministry, around 35 people according to residents, although it is not clear how many of them were present during the collapse.

A sea of ​​debris

According to the Syrian Observatory for Human Rights (OSDH), based in the United Kingdom and which has an extensive network of sources on the ground in Syria, a child was killed. In the morning, the official Kurdish news agency Anha had reported a provisional toll of 12 dead including five children. The toll, which continued to worsen, was 16 dead and four injured late Sunday afternoon, according to the Sana agency. Four people were pulled out of the rubble alive, according to the latter source.

Rescuers, civil defense forces and firefighters are continuing to search for other missing people in the rubble. Footage from Syrian state television showed rescuers scrambling amid twisted iron rods, their hands covered in white dust. Next to them diggers dig in a sea of ​​debris.

Among the victims are people from the city of Afrin, further north, and displaced by the war, according to the OSDH. The Sheikh Maksoud district is mainly inhabited by Syrian Kurds, including fighters, many of whom fled Afrin after a Turkish offensive launched in 2018.

Aleppo has been under government control since its recapture from the rebels at the cost of fierce fighting, but business and security in the Sheikh Maksoud district are provided by Kurdish forces. Nearly half a million people have been killed in Syria’s multi-actor conflict since it erupted in 2011, and around half of the pre-war population has been displaced. A large number of displaced people had to move into buildings in poor condition. The collapse of residential buildings is quite common in Aleppo, due to illegal construction without solid foundations but also cracks in structures caused by heavy fighting.