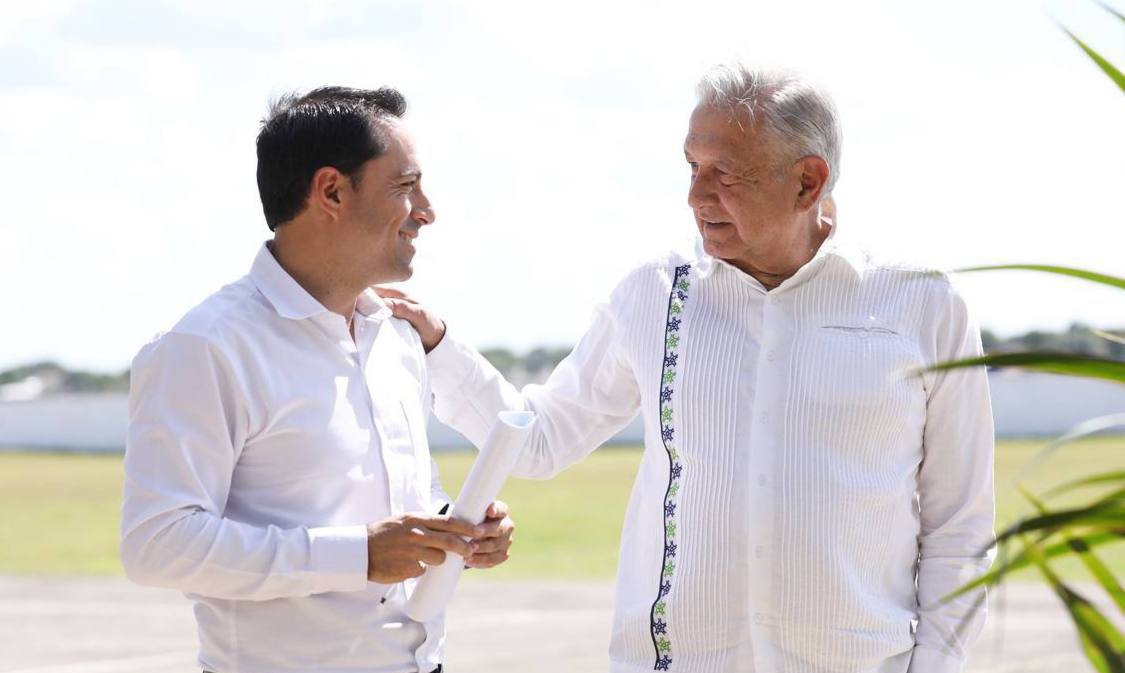 The President of the RepublicAndres Manuel Lopez Obrador (AMLO), held a working tour of the state of Yucatanwhere —in the company of the governor Mauricio Villa— supervised the advances of the Mayan Train in the state, as well as various public works.

AMLO reiterated that the Mayan Train will be inaugurated in December during supervision in Yucatan: “There is no suspension”

Vila Dosal shared that he received López Obrador this Sunday, January 22. Together they supervised the works in the Great Park “La Plancha”, the expansion of the Port of Altura in the city of Progreso, as well as the works of the Hospital in the town of Ticul.

For his part, the president shared one more video of his tour of the works of the railway megaproject. He commented that one of the forks in the route bears the name of Juan Escarcegawho was an engineer who promoted the construction of the southeast train in the 20th century.

From Palenque to Cancún the Mayan Train branches off in Escárcega, towards the jungle and the Caribbean or via the Gulf (Campeche-Mérida). Juan Escárcega was an engineer who worked on the construction of the southeast train in the middle of the last century, which is why the station bears his name. pic.twitter.com/8t3oW3Aixt

“From Palenque to Cancun, the Mayan Train branches off at Escárcega, towards the jungle and the Caribbean or via the Gulf (Campeche-Mérida). Juan Escárcega was an engineer who worked on the construction of the southeast train in the middle of the last century, which is why the station bears his name, ”commented the Executive.

From the response to “El Chapo” to the trial of Genaro García Luna in the US, the morning summary

The most relevant of the morning conference of the President of Mexico this Wednesday, January 18

Likewise, the head of the Mexican State specified that garages and workshops will be built in the area of ​​the fork in Escárcega. “We are going to continue making history,” he shared.

Meanwhile, a day before the president flew over the train route that goes through the Izamal region, in Yucatan. There, he assured that the Mayan Train project It will be inaugurated in December of this year. in all its extension; that is, 1,554 kilometers.

Rescue in Yucatan: three fishermen were found alive after shipwreck in Puerto Progreso

One of the crew members of the boat could not reach the boat that saved his companions, for which reason he is still reported as missing.

“In supervising the construction of the Mayan Train —which we will inaugurate in December of this year in its entire length (1,554 km)— we flew over the town of Izamal, Yucatán, where a majestic archaeological site and the beautiful colonial convent can be seen. Nothing like deep Mexico”, expressed AMLO. 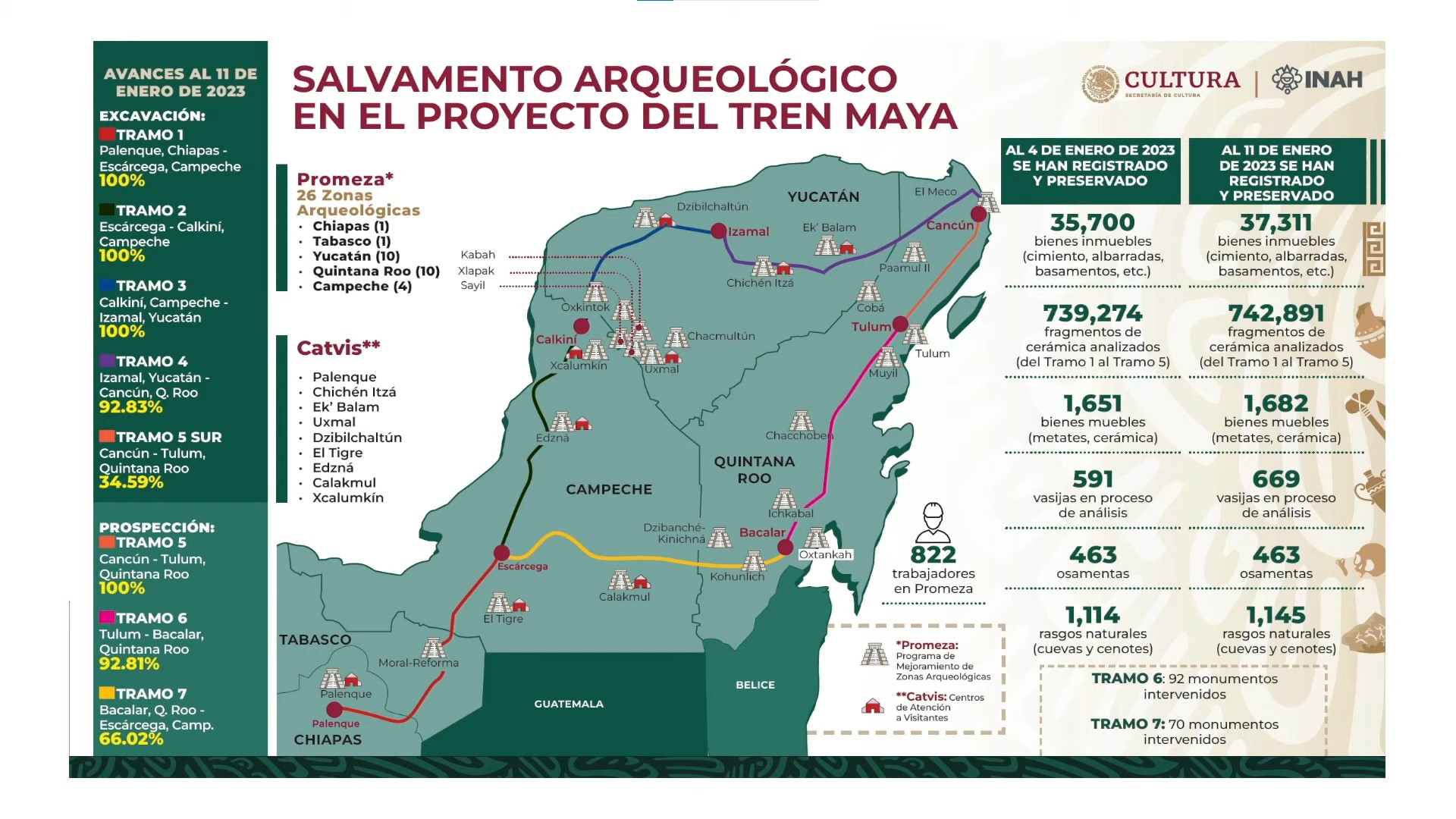 In addition, the man from Tabasco announced that every two weeks he will be visiting Yucatan. “We have to be constantly supervising, the companies, the military engineers and the people of Quintana Roo and the entire Yucatan peninsula are working very well, they are helping, they are supporting,” he asserted.

For his part, the previous week the panista Mauricio Villa He gave his fourth government report, in which he gave a conciliatory speech: “There are many problems that the country has, so that the rulers are putting our feet in each other. I think that the citizens are tired of sterile confrontations between their rulers”.

In this sense, the leaders of the National Action Party (BREAD) and the Party of the Democratic Revolution (PRD), agreed that Vila Dosal is a “strong card” towards the federal electoral processes in 2024. 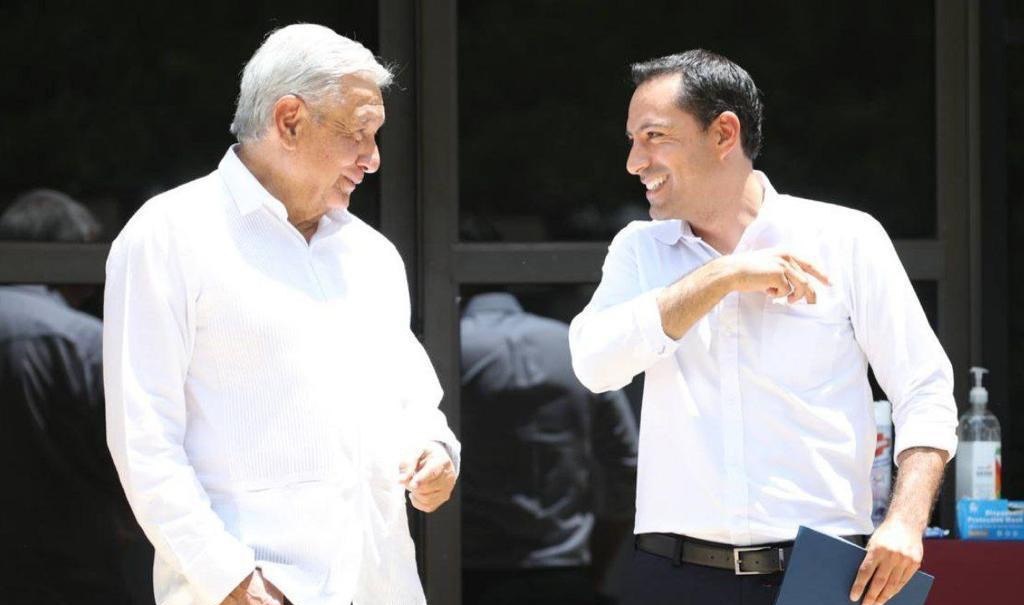 It was last Sunday, January 15, that Marko Cortes, national leader of the PAN, revealed that one of the possible candidates for the presidency of Mexico from his party may be Mauricio Vila, although strong profiles that have a party or not will participate in the selection process.

“We assume the responsibility of leading the process towards 2024, which is why we will welcome all sectors of society, be they from BREADof PRD or civil society. But in the BREAD We have letters, we have with whom, “he said.

For his part, Jesus Zambrano, President of Sol Azteca, announced that —despite there being no agreement yet between parties— the “most competitive” candidate will run, where he did not rule out Vila.

AMLO reiterated that the Mayan Train will be inaugurated in December during supervision in Yucatan: “There is no suspension”
Rosario Robles accused AMLO of “weakening” the UNAM after the case of Yasmín Esquivel
“Misogynist and authoritarian”: the acid reproach of the PAN to AMLO for criticizing the president of the SCJN