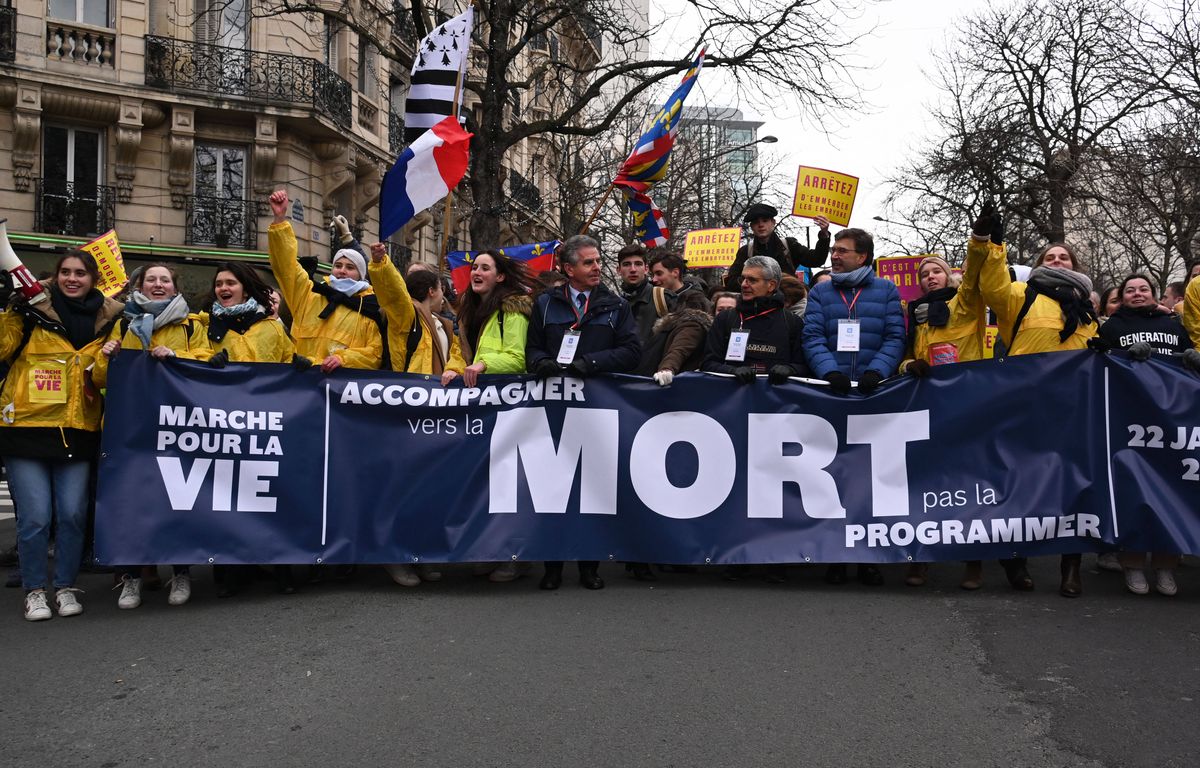 Like every year, a few days before the anniversary of the Veil law relating to the voluntary termination of pregnancy, promulgated on January 17, 1975, some conservative Catholic activists are organizing a demonstration. And in the context of the citizens’ convention on the end of life, the organizers have decided to add this question to their demands this year.

Behind a head banner proclaiming that we must “support death, not program it”, the participants in this 17th “March for Life”, 20,000 according to the organizers, joined the Invalides in the afternoon from Montparnasse. “We oppose euthanasia and assisted suicide,” said the president of the March for Life, Nicolas Tardy-Joubert, before the demonstration. “While 26 French departments are deprived of palliative care units, we believe that the political priority must be given there”, he added, stressing that “the prohibition on killing must remain fundamental”.

In the colorful procession of a few flags with fleur-de-lis or stamped with the Sacred Heart, royalist symbols, had taken place many young people, others older, sometimes with family. “We fight for the beauty of life”, dreams Hermine Gousseau, 19, a carer for the elderly from Lyon, waving a large French flag in the cold wind. Alexis Gaudillère, a 24-year-old student, came to “defend life from conception to natural death” and “to make society understand that there are alternatives to this culture of death disseminated by the government “.

“Inevitably, we will push the old people who are on hospital beds or in nursing homes” to ask to die, letting them think that they are “burdens for everyone”, fears Benoît, a 60-year-old Parisian years, who did not want to give his name. The organizers took advantage of the march to express their opposition to the inclusion of abortion in the Constitution, voted by the deputies in November but which will have to obtain the approval of the Senate to be effective. On the placards held by some activists were diversions of environmentalist and feminist slogans, such as “for a demographic awakening” and “it’s my body, not your choice”.