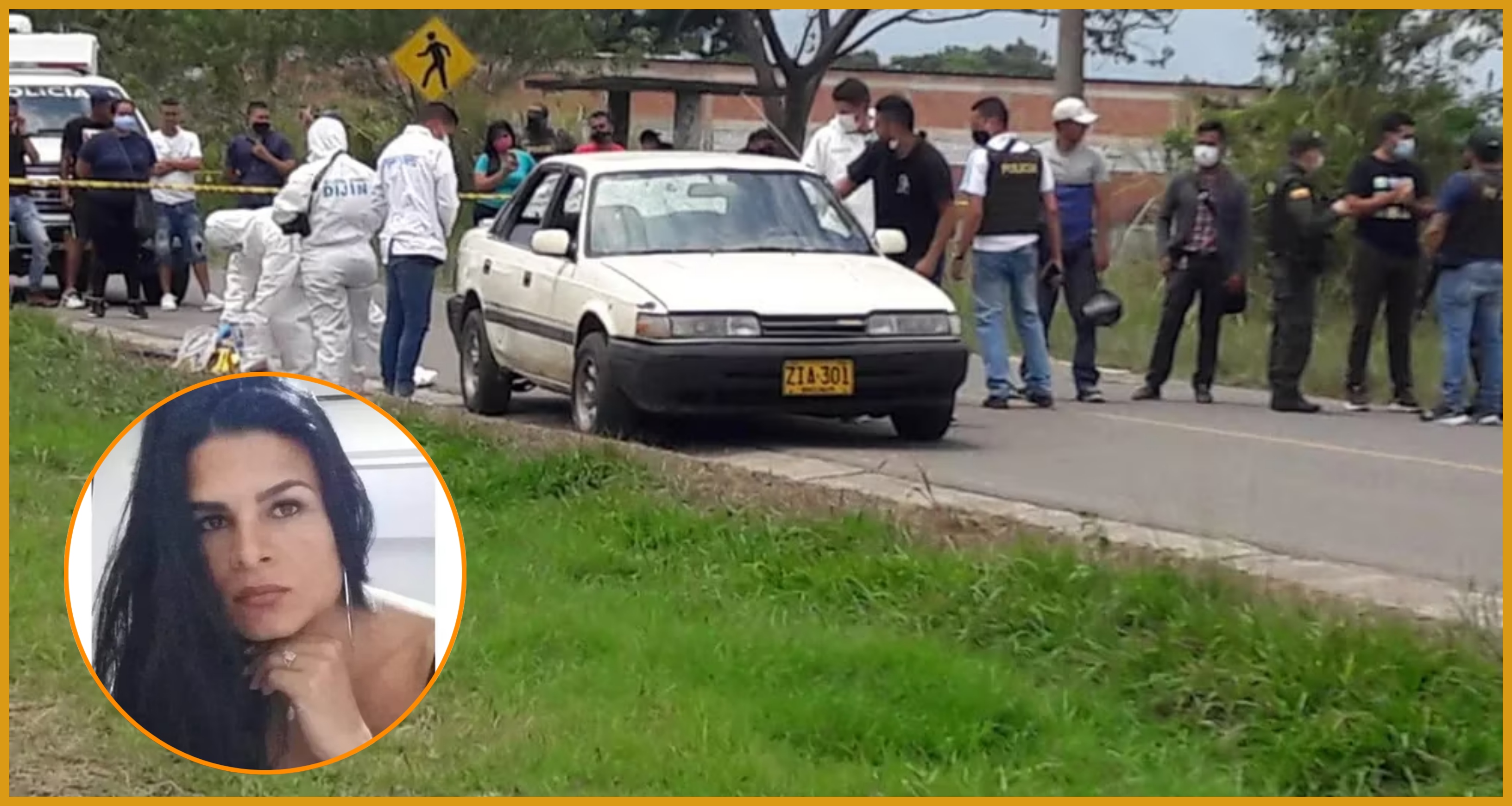 The tragic event occurred the morning of September 24, 2020 In the surroundings of Miranda, Cauca, Francisco Larrañaga and his partner were driving along the highway in a white Mazda car: Juliana Galvis, who passed by a military checkpoint. There a confusing fact was presented given that the The military points out that Larrañaga’s car did not stop, so one of the soldiers opened fire, fatally wounding the 35-year-old trans woman.

The authorities indicated that the subject could not give clear explanations for the large sum of money for which it was seized for confiscation purposes.

But this version would be being denied by Cristian Saavedra Arias, the soldier involved and who is deprived of his liberty awaiting the hearing for the extension of the security measure against him. As revealed from the middle WeekSaavedra would be arguing in his defense that, at the time of the tragic September 24, Juliana Galvis was already lifeless in the car before he had fired.

“It is necessary to investigate whether in fact Mr. Carlos Julio Giraldo (Juliana) He was already dead, because as verified by my defense ballistics experts, it was impossible for me, from the ground, to fire a shot like the one claimed by the Prosecutor’s Office that ended the victim’s life. In addition, although it is highly unlikely that a rifle shot would break up in the way it did, what was found on the body did not reflect the characteristics of a rifle shot wound.”, is indicated in the document sent to the Prosecutor’s Office.

The accused soldier pointed out in his defense that the situation was strange given that in the first instance the driver of the white car would have tried to run over him and after his reaction he immediately left shouting that Juliana had been killed, in addition to not allowing first aid to be given promptly.

The authorities surprised the two people when they collected 100 million pesos, product of the illegal

“The driver Larrañaga Restrepo made a feint to open the door, but he ran over me with his vehicle, I fell to the ground, I reacted by firing my weapon from the ground, hitting the left rear tire, preventing the escape. The driver got out yelling: “they killed me, they killed me,” and did not allow them to touch the person in the passenger seat so they could give him first aid”.

Similarly the soldier’s defenderthe criminal lawyer José Luis Villafane, indicated that the Ballistics evidence would reveal that Saavedra’s shot would not have been the one that hit Juliana due to his track record.

“Reviewing what was discovered by the Prosecutor’s experts, if Cristian hit the left rear tire of the car from the ground, it was impossible for the shot to enter through the panoramic rear right side, upper corner, since it does not correspond to the trajectory determined by the ballistics of the Sikhin”, this was confirmed by the criminal lawyer to Week.

The hearing for the extension of the security measure against soldier Cristian Saavedra Arias will take place before a guarantee control court in Popayán on next January 30 around 8:30 in the morningthere the decision will be made regarding the judicial future of Saavedra.

Arrest warrant against the father of the 7-month-old girl who died in a motel: he is accused of kidnapping, violent carnal access and homicide

The Office of the Attorney General of the Nation indicated that apparently the subject entered with the 19-year-old mother forcing her against her will, for which reason justice is requesting it with new charges.

Regarding the confusing case, he explained Gloria Diaz, mother of Julianathat the biggest mistake in the homicide of his daughter was committed by irregularities and anomalies within the institution that led an inexperienced high school soldier to hit a vehicle.

“There are too many abnormalities of the people who are in charge of the soldier. When Cristian was in the battalion he already had several notes there due to problems and accidents, if that happened why didn’t they withdraw him from the Army, why did they leave him on public roads with a rifle in his hand. They were in this place because supposedly a car was going to pass with bombs for an attack. There are many things that do not add up to me, I am waiting for the Attorney General to answer us”, Mrs. Díaz mentioned several months ago to the national press.

Criticism of Petro for sticking his chest out on parity in his Government and not condemning Víctor de Currea-Lugo for sexual harassment
In Colombia, there are 21,337 cases of malnutrition in early childhood each year, according to the National Institute of Health.
Petro blames previous administrations for shortages in Nariño: “some government built a highway on a tectonic plate”

Environment: Should we feel guilty about eating avocados?

Beyoncé: the huge scandal behind her concert in Dubai!

Environment: Should we feel guilty about eating avocados?