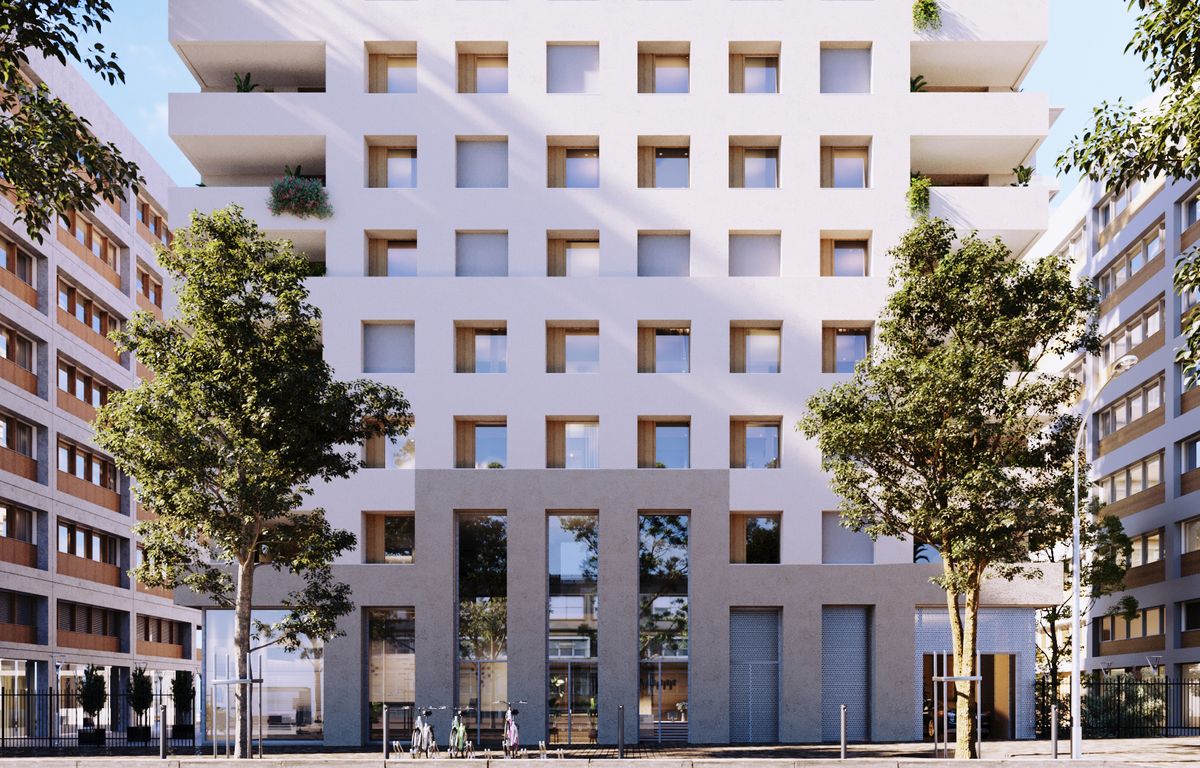 Who does not dream today of living without heating in winter and air conditioning in summer in their home? Since 2013, Austrians have had this privilege thanks to the architects Baumschlager Eberle and their “2226” building concept, built so that the temperature does not exceed 26°C in summer and does not drop below 22°C in winter. Within two years, Lyonnais will also be able to live in what will become “the most sober building in France”, with less than 2 kWh per year and per m².

And this, thanks to the “Essentiel” project by Nexity, in collaboration with the Austrian firm, which is part of the construction of two blocks in the Confluence district. The metropolis and the city of Lyon, the Local Public Company (SPL) Lyon Ville, have selected this developer who has promised to build “housing for all and low carbon”.

“All of the 23 housing units in this building will be on a real solidarity lease (BRS), which allows the most modest people to buy”, specifies Frédéric Marchal, deputy general manager of the Nexity group. In BRS, the price per square meter amounts to 3,000 euros where the market price is currently approaching double.

In summary, a joint real lease makes it possible to become the owner of the structures without being the owner of the ground. “The land is purchased by the Foncière solidaire de la métropolis which will charge a rental of 2 euros per m² of living space per month”, develops the regional president of Nexity. A system open to all with a maximum resource ceiling. “There is certainly this fee part but households will be relieved of heating costs, he continues. It seemed logical to us to dedicate this innovation to the people who suffer the most from energy costs. »

In its conception, “Essentiel” did not invent anything, on the contrary. The building will be constructed with thick hollow brick walls of 60 cm in total, covered with lime rendering, to have the best possible thermal design.

“This technique resembles that of adobe walls, continues the regional president. It’s a return to basics with common sense principles. In winter, the very low energy losses are compensated by people or technological devices such as computers which are sources of heat. Everything that is stored is returned throughout the day, the same for fresh air by ventilating the night in summer. »

And to ensure air renewal, CO2 rate analysis sensors will be installed to automatically ventilate via wooden louvres without losing temperature in the apartment.

“No more expensive than a classic building”

But then, how much does it cost to bring such an innovation out of the ground? Frédéric Marchal affirms that “the construction costs are not more expensive than a classic building because we build cleverly using known materials”. Which means that, in all these specificities, the Nexity group would like to be able to “duplicate this concept everywhere in France”.

But before the multiplication of the project, experimentation must be able to prove that it has kept its promises and that it has been able to acclimatize to the “urban context”. “The 2226 buildings work very well in Austria but have only been built in small towns,” explains the deputy general manager. We have to see if it is compatible with the dynamism of big cities like Lyon, in a district like Confluence. »

Another detail that differentiates the simple copy-paste from the Austrian project: French regulations. “It is forbidden to build a building without heating in France,” exclaims Frédéric Marchal. We are therefore going to put in extra facilities that will not be used. “Same fight for natural ventilation, prohibited in the country, for which the group obtained “a derogation in the right to innovate”, he explains.

Does the “most sober building in France” manage to keep its commitments? The president assures that “adjustments” can be made as soon as the work is finished so that this is the case.