Alberto Fernández is rebuked during an act in Exaltación de la Cruz, province of Buenos Aires

President Alberto Fernandez led an act this Wednesday in the town of exaltation of the cross, in which he had to go through an uncomfortable moment due to the claims of a militant who yelled offensive words at the beginning of his speech. “Thanks to the compañero who is there so angry, shouting too. Thank you… ”, were the words that the president uttered to be able to continue with his story.

The head of state he used this episode in his speech to stress the need to recover dialogue in the country. “We have to listen to each other, not yell at each other. I just heard my partner complain about the use of agrochemicals, and that’s fine. These are issues that are debated in the world, but it is not necessary to do it that way,” said Fernández.

And he added, in a clear message to the opposition: “One of the things we have to learn is to speak to each other in a low voice, raise our differences in a normal voice, without the need to mistreat each other. We mistreat ourselves too much as a country. Let’s recover the democratic coexistence”.

It may interest you: The Government awaits the arrival of Nicolás Maduro in Argentina to meet with Alberto Fernández

It is worth remembering that Alberto Fernandez went through a similar event in the last hours, when he appeared in Miramar to announce the construction of a hockey field. After the act, and when the presidential caravan was taking place through the coastal town, insults were heard from people located on the sidewalk.

The president recalled this Wednesday the words of the former president, Mauricio Macriwhen he stated that Argentina “must be the most unsuccessful society of the last 70 years.”

“I was very outraged and I felt a lot of pain for what he said. We are not a failed society, we have a wonderful people who know how to recover. I do not want them to be confused, and to make them believe that we are a fourth-class country, that we have no future. We are the second country that grew the most in the world after 2019. Let us realize what we are capable of doing,” said the head of state. 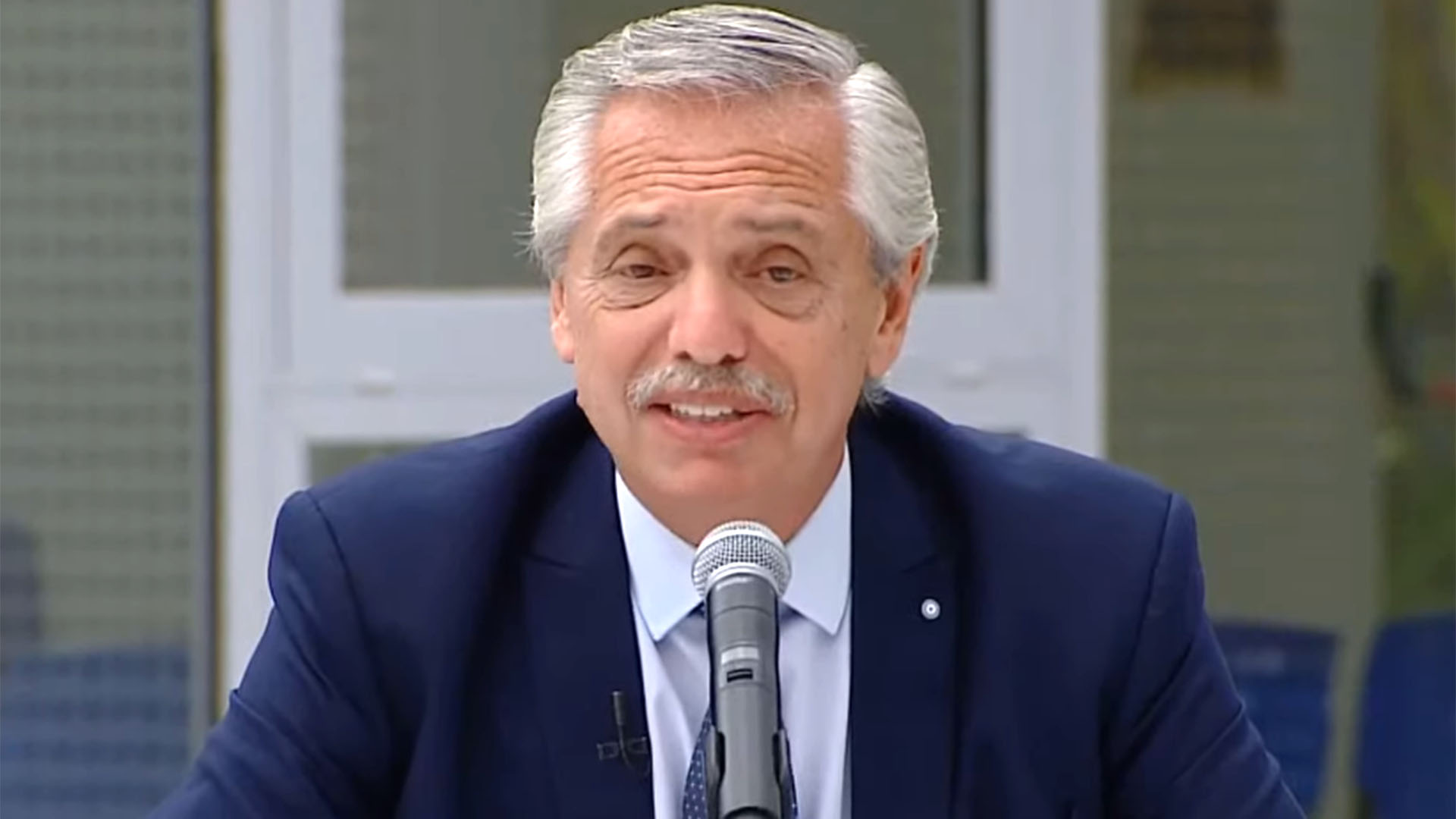 In addition, Fernandez made reference again to the differences that he finds between the Buenos aires city and the inside from the country. “If there is something that we could not achieve in 40 years of democracy, it is federal development. An egalitarian development, for those who live far from the great urban center, which is Buenos Aires. Because we all have the right to develop in the place where we were born. Not the porteños alone. And I say it as a porteño, but I am not at peace with my conscience, for seeing the opulence of the city and seeing so many deprivations in the interior of my homeland”.

The opening ceremony of the Modular Hospital it was carried out in the Río Luján collector of Route 6. The Argentine president was accompanied by the Minister of Public Works, Gabriel Katopodis; and the local mayor Diego Nanni.

The facility will have a surface area of ​​1,000 square meters, 12 beds for critical hospitalization, an emergency room, eight offices, a laboratory, an X-ray room, and a vaccinationduring this first stage of the project. 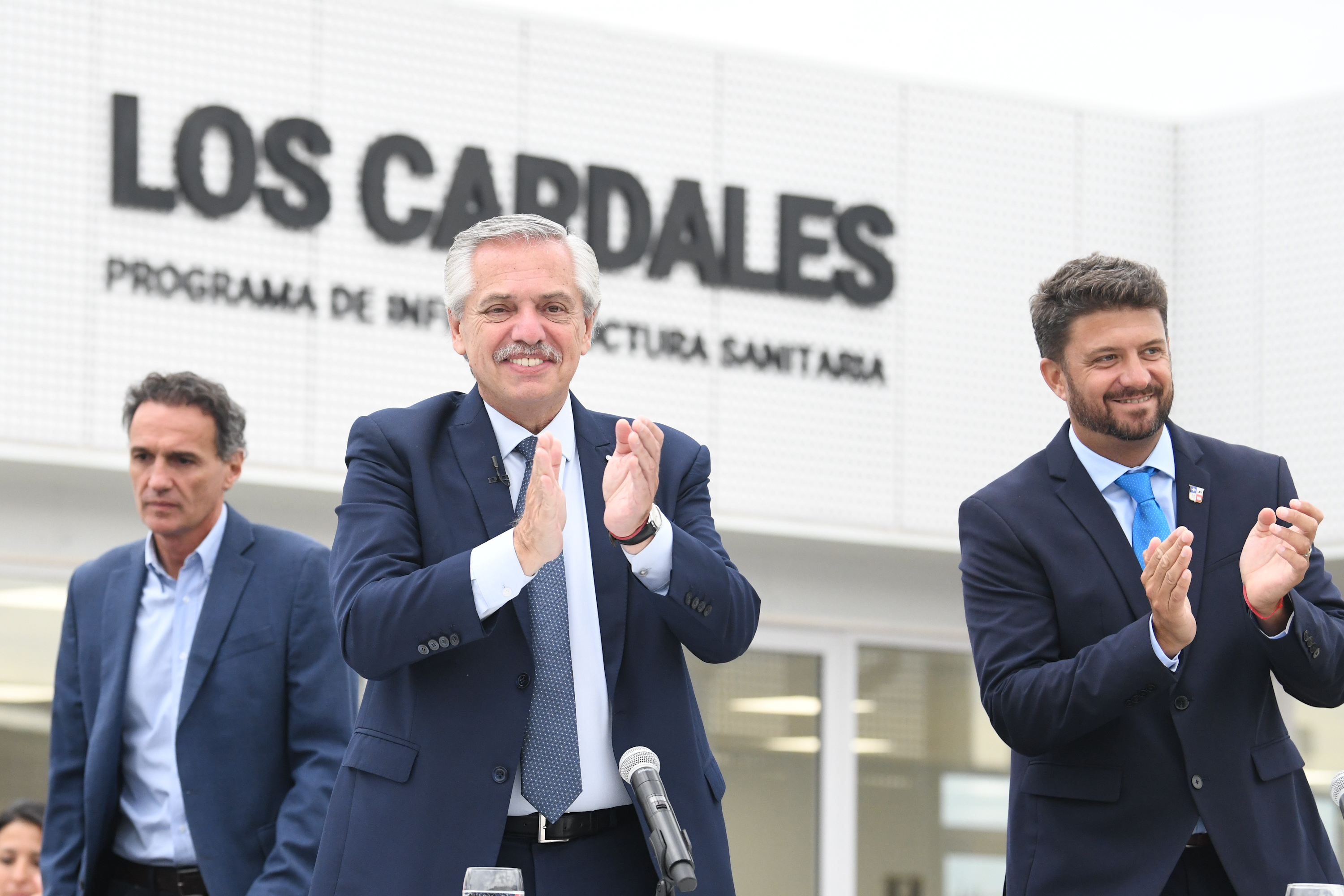 Alberto Fernández participated in the inauguration of the Modular Hospital of Los Cardales, in Exaltación de la Cruz (Télam)

The electoral board moves: the alliance between Schiaretti and Urtubey will seek to add the Peronist governors distanced from the Government
In addition to La Cámpora in Hurlingham, other sectors of the Frente de Todos will seek to go to inmates in the suburbs
The governors who did not sign the request for impeachment against the Supreme Court resist the pressure of Kirchnerism

Luciano’s fortune is greater than that of Zezé di Camargo: understand