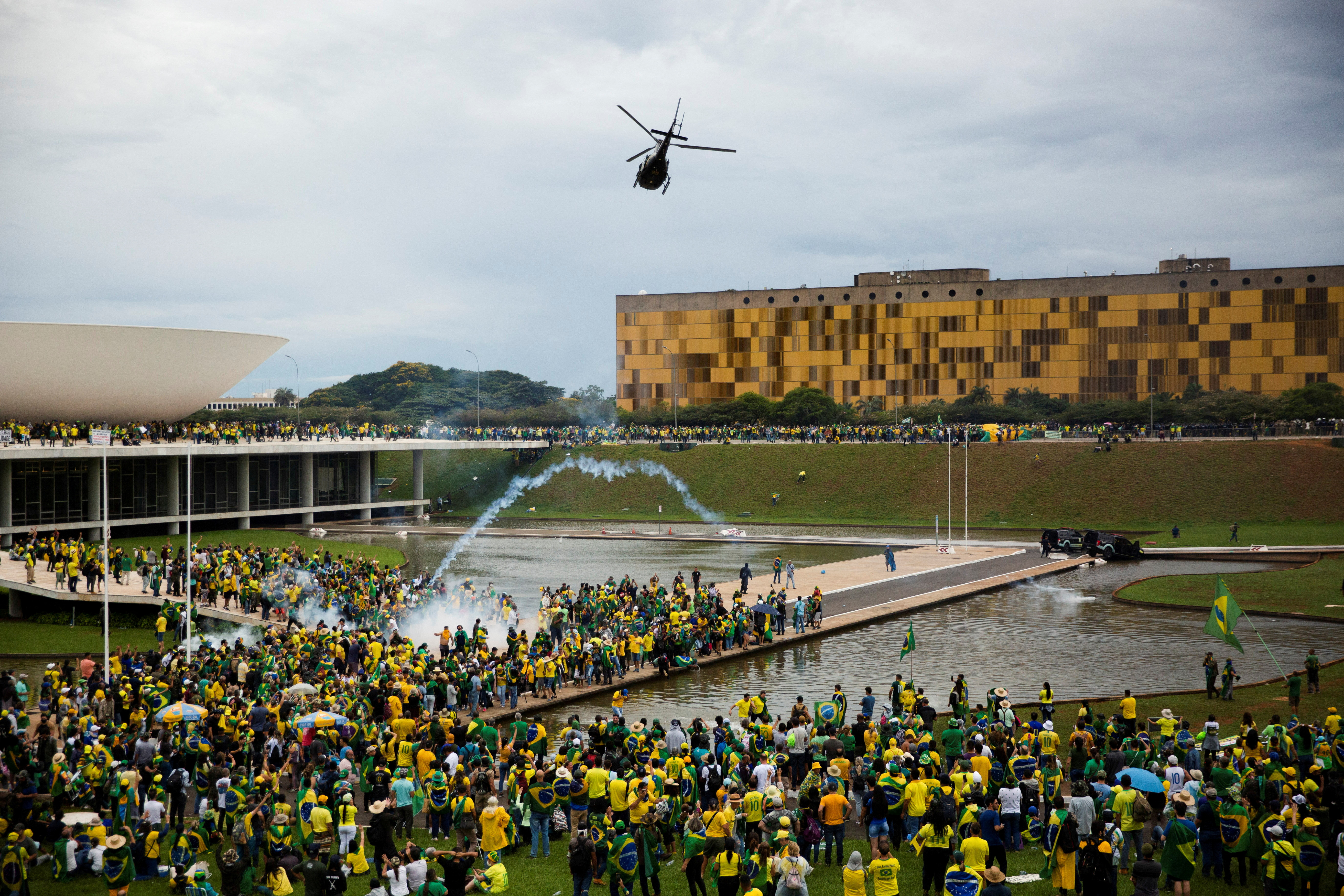 Followers of former President Jair Bolsonaro took over the square of the three powers in Brasilia. Photo: REUTERS/Antonio Cascio.

Populists in our region come in all colors and flavors. From Bolsonaro and Trump on the right to Chávez, Castillo and Petro on the left. What happened a few days ago in Brasilia, condemnable from every point of view, is the other side of a coin that Peru is experiencing today with the violent protests against the legal decision of Congress to remove the President.

Both violence must be condemned. Through acts of this nature, they intend to create political conditions for change or against a change. It does not matter if the change is legal or legitimate like the one in Brazil or the one in Peru. You have to create the conditions through violence to return to a situation or to create a propitious scenario for those who promote them.

These protests are not, those of Brazil, those of Peru or those of Chile, Ecuador and Colombia in 2019 and in 2021, of spontaneous generation. They have leaders, they have funding, and they have organization. Burning a metro line in one night, as happened in Santiago, requires as much organization as taking over Congress, the presidential palace and the Supreme Court in Brasilia.

And being both criminal acts that must be condemned -both in Justice and in the opinion- equally, unfortunately they have different answers. Those of Colombia, Chile, Ecuador and Peru have great defenders and promoters. And few critics. Is destroying a trillion dollar subway line justified as a product of a social explosion? In the most developed country on the continent by the way. Or is burning 15 police stations in one night in Bogotá in a coordinated manner legitimate? 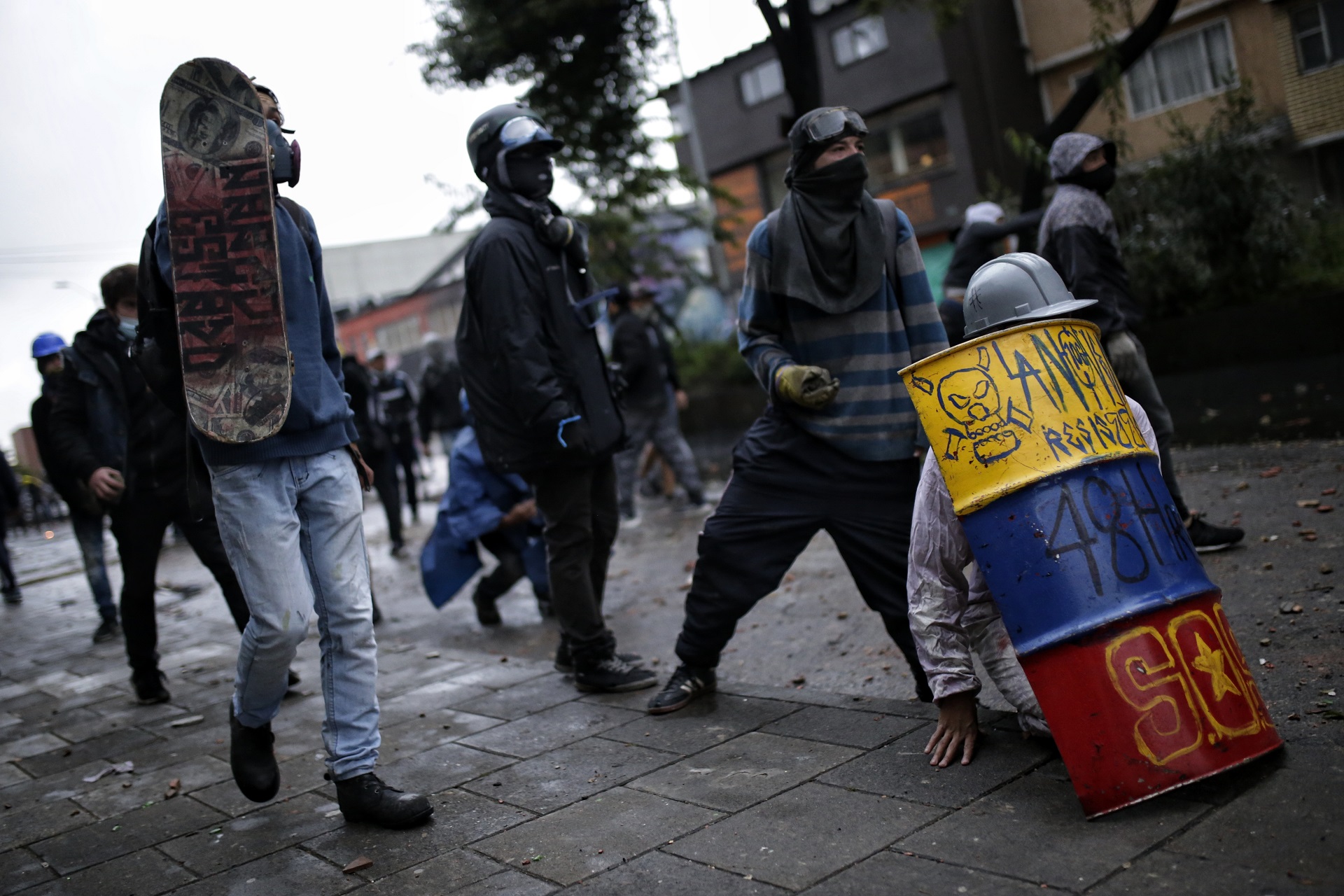 Demonstrations in Colombia during 2021. Photo: Colprensa

Those of us who believe in freedom and order have never heard countries, State Secretaries or foreign ministers speak emphatically against these acts of vandalism whose consequences, to this day, are felt in Santiago and Colombia. What’s more, until today the United States remains silent in the face of the violent events in Peru that take place to reverse a constitutional decision that prevented a dictatorship.

It is known, and a lot of information is still needed, about how the Russians rented Colombian accounts to finance the violent acts of 2021. Moreover, today a mother asks President Petro for the release of her son captured in the protests and says more words to him minus: we did it with you and we chose it, now comply. Certainly, President Petro issued a decree to release the captured vandals, in many cases for violent actions with injuries and deaths involved.

Boric’s arrival in Chile and Petro’s in Colombia were preceded by these acts of violence. That without international condemnation, and with the release of the criminal perpetrators, they show a way to create conditions of misgovernment that facilitate the arrival of the opponent to power. Before it was the left and the question we all ask ourselves is, now is it the turn of the right? 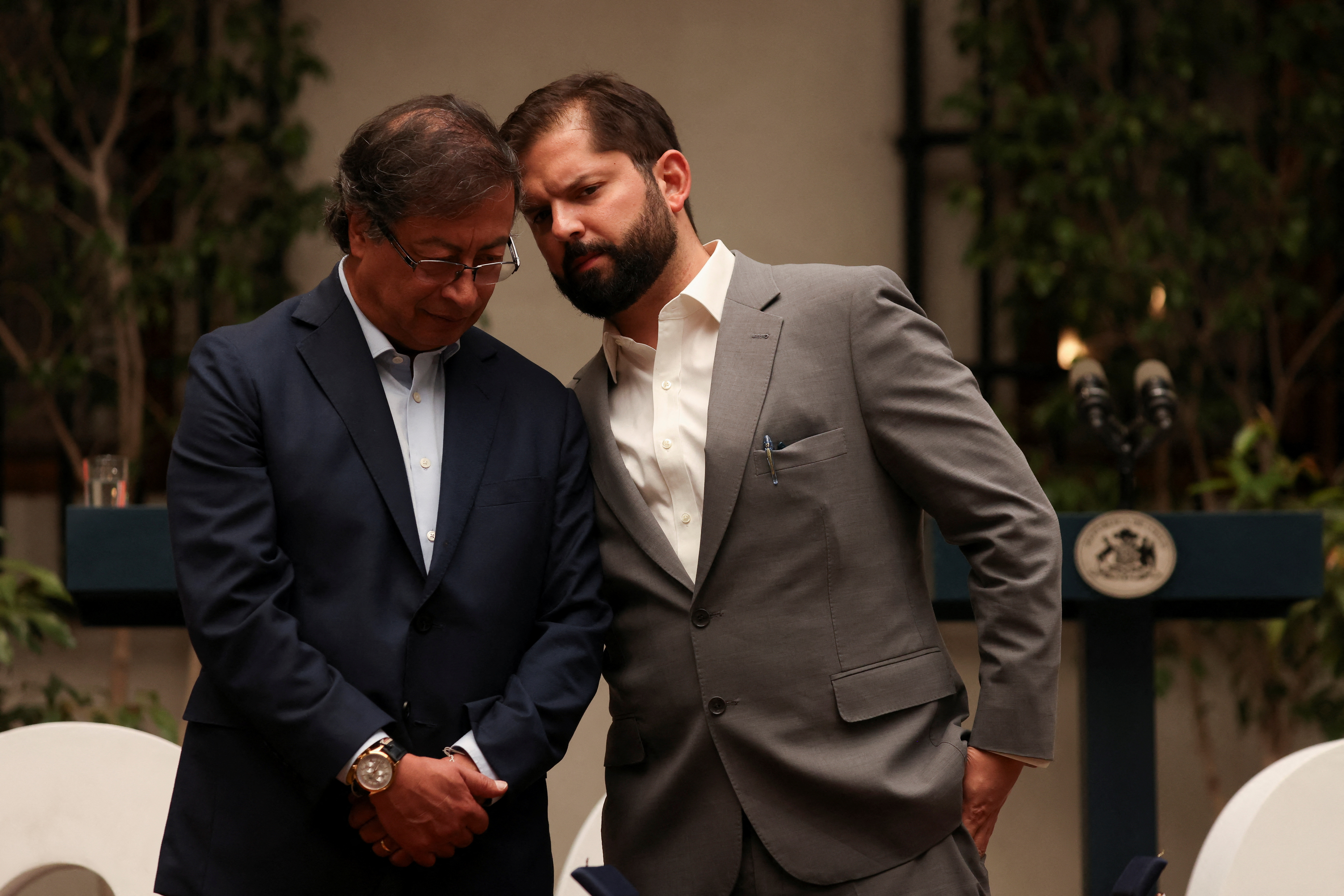 But the silence, contrary to the reasonable and justified reaction to what happened in Brazil, has no explanation. If in New York they burn 15 police stations in one night, does the American government remain silent? If one night in some violent acts alleged vandals set fire to a subway line in Toronto, do we all keep silent? Or if two years ago Trump decides to stay in power, the Supreme Court and Congress remove him and there are violent protests in the center of the country against this decision by Congress and the National Guard represses them, should we not support American institutions?

Is there a line that justifies violence? Or is it according to the pig. Because it seems that this is the case for now and that not all violent acts are condemnable. It depends on who does it and against whom it is done to be for or against. In an unstable world, with social networks that easily mobilize public opinion with lies, not being clear about it generates tremendous uncertainty and risk.

Let’s not tell lies. Democracy in Latin America is tremendously threatened. Although Brazil and Peru are the last example, today Cuba, Venezuela, Nicaragua, Bolivia with Russia and Iran create a discouraging scenario. If we also add discredited electoral systems, what happened a week ago may just be the beginning of a revolution against the electoral results and against the electoral systems that end up withering the continent’s fragile democracy. 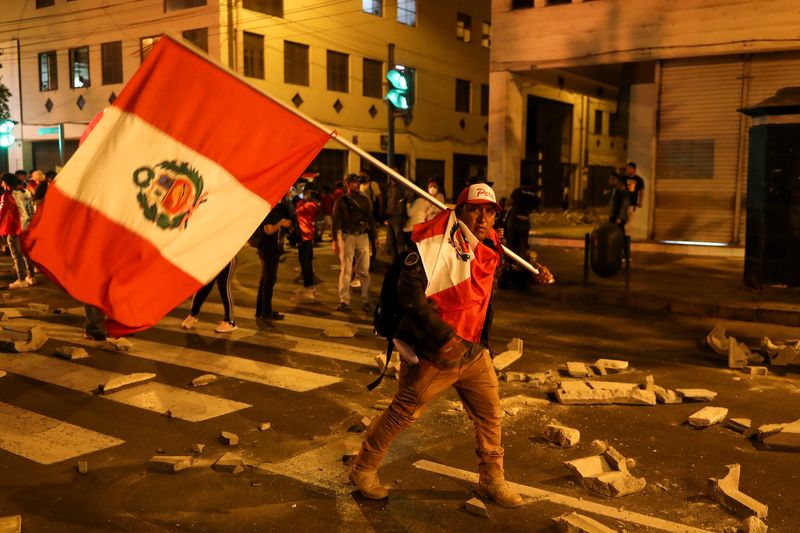 A demonstrator carries the flag of Peru during a protest demanding the dissolution of Congress and the holding of democratic elections instead of recognizing Dina Boluarte as Peru’s president, following the ouster of Peruvian leader Pedro Castillo, in Lima, Peru, on 11 February December 2022. REUTERS/Sebastian Castaneda

Nothing justifies what happened in Brasilia. But neither does anything justify what happened in Colombia in 2019 and 2021. Or in Chile in 2019. Or what is happening today in Peru. If the democrats of the continent do not agree on this, that violence has NO justification and that it must be condemned without political color (which is not the case today), we are going to condemn the region to authoritarianism. And that democratic charter that the United States promoted in the OAS and that today we see as almost a dead letter, since it will go down in history as a great example of good intentions that in the end were useless.