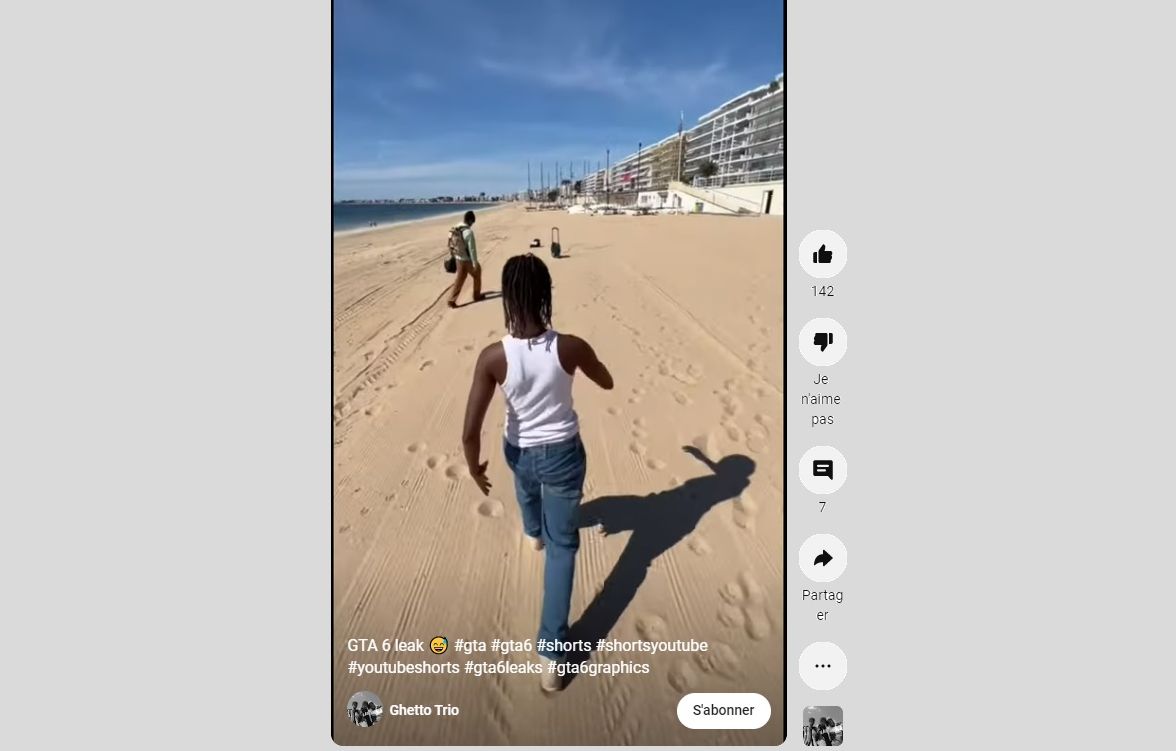 “Is it GTA or real life? Like this Internet user, it is clear that we can seriously ask ourselves the question. For the past few weeks, a group of dancers have been a hit on social networks thanks to their videos inspired by the hit game, the sixth installment of which is more than expected. Very realistic, they feature characters whose particular gait is imitated to perfection. Posted on Instagram and TikTok, the videos filmed mainly in Loire-Atlantique (La Baule, Nantes, etc.) have garnered hundreds of millions of views worldwide and generated many comments.

“We knew people would like it, but we didn’t expect it to go so far,” confides Aristide and Orlando, two brothers from Saint-Nazaire who form with the rest of the siblings, Freddy and more recently Fernando, the Ghetto trio group (formerly Ghetto twins). Since we have been dancing and loving this game for so long, we have always had fun imitating, like many people! But there, we wanted to do it seriously. »

Way of dressing, body movements, interactions between the characters and the elements of the decor, camera angle… The brothers aged 19 to 23, already accustomed to film yourself in the street, leave nothing to chance. And too bad if you have to redo the take 50 times. “We are quite perfectionists and there is no director, smile those who already prepared dance choreographies at home as children, during their youth spent in Rwanda and Uganda. As a result, we must all four be satisfied with the result! »

Already contacted by several brands for partnerships, the members of Ghetto trio relish the new doors that are opening thanks to this project, which they promise to “continue to develop without limiting themselves to a single concept”. A way, perhaps, of finally attracting the attention of the editor of Grand Theft Auto, Rockstar Games. “If we could have them back… That would be really ideal! »

They executed the deputy director of the Municipal Police of Marcos Castellanos, Michoacán

Some 70% of striking teachers expected in the first degree…

With the Monte Carlo Rally, the WRC World Championship restarts on Sky Sport and streaming on NOW

They executed the deputy director of the Municipal Police of Marcos Castellanos, Michoacán