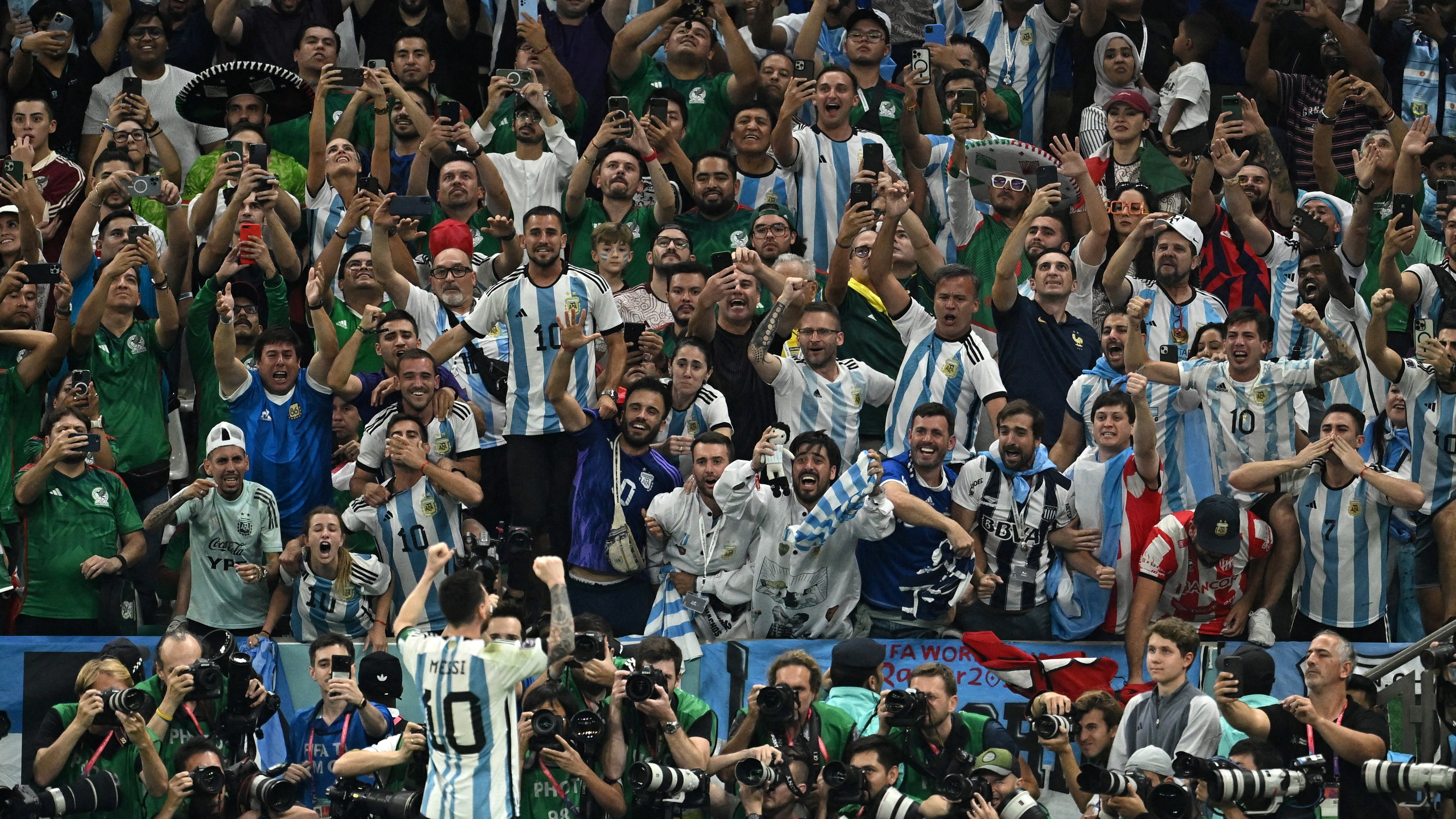 Go ahead, it is not a specialized analysis here, but a witness, like millions, of the two games that the National Team has played so far. With many games seen -and played in the whole secondary school, with singular clumsiness-, it is, yes, to see and tell from a solitary point of view, with pleasure, of such a wonderful game that mind and body work together and in a short time to resolve a situation. soccer is the lingua francathe key that unlocks understanding and communication between cultures: a Uruguayan player “speaks” in a match with his rival, let’s imagine, a Senegalese, without the slightest obstacle.

DT Lionel Scaloni had reached the team undefeated since he took the job until the defeat against Saudi Arabia, a fiasco that brought the players down, largely for having underestimated the other, with the addition of a lazy, decaffeinated attitude: the National Team He could not stand up or harmonize in passes and offensive spirit. And he was left with his head down after ninety minutes with a mediocre but tough, fast team, with their backs protected by an important goalkeeper.

Scaloni is a different coach who does not assume with emotions and whining, a melodramatic characteristic of Argentine soccer – the music and rhymes come from François Villon, anonymous, rich in songs, some fixed, others created at the moment-: cry. They cry when they win and they cry when they lose. He also allows the approach and journalists -improves fear, or disdain?-: The idolized players flee from the fans, they do not greet even with a gesture, a raised hand. Lionel Scaloni modified the paranoid petulance of the Argentines, which can be verified when arriving or leaving the stadiums in domestic matches. It was very irritating, in another order, the total contracture of the Scaloneta, cold, cowardly to play it all the time. Great players and Messi -a category apart, his rates of change and extraordinary surprises, with a high IQ-, generous to feel others as equals, to see that they did not put warrior spirit in place of bland passes. In my opinion, in that order he is a good planner, serene, but not a winning cacique like Coco Basile, or a grotesque character like Sampaoli. He seems to be, instead, a creator of good weather and togetherness.

The days passed and the National Team emanated depression and a lack of security.

Reasonable, because the country is at a burning point, revealing, about jingoistic myths digested for decades: the most cultured, the most elegant, the most beautiful women in the world, the most attractive men, the most elegant, a large area inserted in the south of Latin America, the most moving Anthem -the others are descriptions of marvelous places and commonplaces, with a deaf admission when it comes to La Marseillaise-, the best actors, the best meat, the best incomparable football . The tale of superiority is over. We are good, it is not disputed, but football is becoming horizontal and comprehensive and there are many good ones by incorporating more and more presence and business by opening the door to Asia.

We are good, but not so much anymore. The game with Mexico was bad and on the verge of a nervous breakdown. The bombshell from another planet -Messi- and the great goal scored by Enzo Fernández produced Mandinga things: after the first half of a constipated squad, the stopper blew and the stands, no less fearful of failing, jumped into the ring, intervened and he did so perhaps with essential effect.

But, however it may be, the esteem of players without stars was recovered while waiting for the supernova Lionel Messi, the real boss, to open the bottle of essences. It must be said: if the fans don’t scream enough and all the time, do we have a dead handicap? It is not the ideal of a powerful Selection. You can’t beat the screams, you need other things that, even if you can go up, in this cup there are bumps all the time, there are fearsome players, Modric, Morata, Mbappé, the 19-year-old boy Billingham in England like dazzling appearance next to Harry Kane, Danny Alba, some gentlemen from Morocco who are not nonsense. Until now, the best match, well seriously, was Spain-Germany. If any of them were played with La Scaloneta, it would have great difficulties, although nobody can sign anything. The ballad of the Selection has melancholic tones and expresses the weight of responsibility that catalyzes anguish, that saws talent and produces rigidity: the image of Pablo Aimar, his face traversed by tension and insecurity -fear, without further ado- reaches and surplus.

The great madness that we fall in love with, the World Cup, is made up of special, upset days. Champion or outside, the selected one, the Scaloneta will not change a greater reality. We want to win, yes, as we want to have a good time, get excited, get excited. Hard? Of course, a lot. In the meantime, vermouth with chips and a good show!

More respect that is Gasalla
What will become of us without Coldplay?

For the first time in France, influencers targeted by a complaint for fraud in an organized gang

Xavi apologizes…and corrects his statements about the Alves case