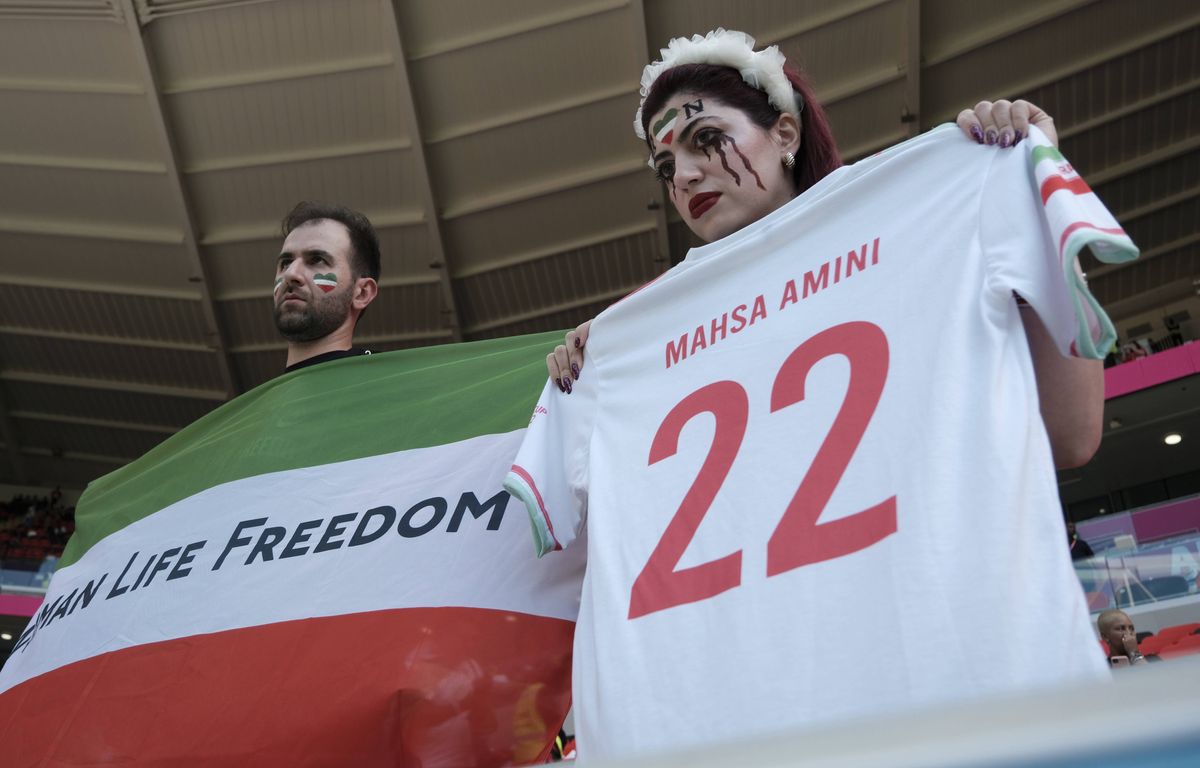 Iran’s match against Wales on Friday obviously took a political turn. While the players of the selection sang their anthem this time, supporters had decided to bring symbols of the ongoing revolution to the stands of the Ahmed Ben Ali stadium in Al-Rayyan. Before being confiscated by the organizers.

An AFP photographer saw Iranians forcibly take a “Woman Life Freedom” flag, which has become the rallying cry of the protest. Shortly after, a woman was expelled for brandishing a flocked jersey with the name of Mahsa Amini, an Iranian student killed on September 16 in Tehran, a trigger for the popular revolt. The jersey bore the number 22, as the age of the young woman at the time of her death.

As confirmed to the Reuters news agency a spokesman for the Qatari organization, the flag and the jersey violated FIFA rules. Objects with “political, vulgar or discriminatory messages” are indeed prohibited in World Cup stadiums, according to the rules of the international body. And as Gianni Infantino tries to remind regularly since the start of the competition.