Rain of missiles, no more water or light and even less artillery 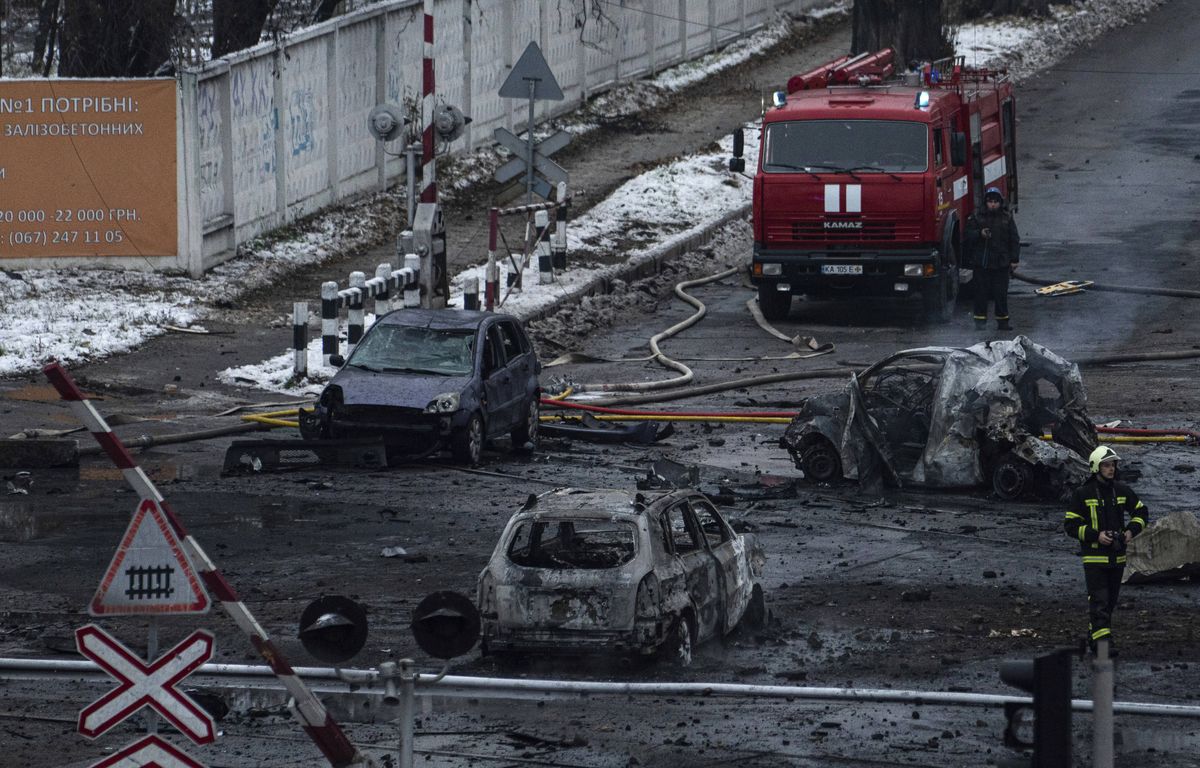 Did you miss the latest events on the tensions in Ukraine? Don’t panic, 20 Minutes takes stock for you every evening at 7:30 p.m. Who did what ? Who said what? Where are we ? The answer below:

According to the Ukrainian Air Force, Russia fired around 70 cruise missiles at the country, 51 of which were shot down, along with five suicide bombers. They targeted strategic infrastructure as winter temperatures set in in Ukraine.

The Russian strategy is to despair the people on the ground. »

This is an accusation by French President Emmanuel Macron. The latter announced on Wednesday that he would have “direct contact” with his Russian counterpart Vladimir Putin “in the coming days” on civilian nuclear power and the Zaporozhye power plant that Moscow and kyiv mutually accuse each other of having bombed.

400 million. This is the amount of new military aid that the United States will provide to Ukraine “to help it defend itself against the relentless attacks of the Kremlin”, announced this Wednesday the head of American diplomacy Antony Blinken . This envelope “includes additional weapons, ammunition and air defense equipment from US Department of Defense stocks,” he said. It also includes generators to help the country deal with power cuts caused by Russian strikes.

The trend of the day

Russian bombardments intensify on Ukraine but may soon dry up. Russia is suffering from a “significant shortage” of ammunition for its artillery, which could limit its operations in Ukraine in the future, US Secretary of Defense Lloyd Austin announced on Wednesday.

“The Russians have had logistical problems since the very beginning” of the invasion of Ukraine and “they are still struggling with logistics,” Austin told a group of reporters aboard a military plane. They “suffer from a significant shortage of artillery missiles”, in particular because kyiv has destroyed several stocks of Russian ammunition.

Lloyd Austin clarified that Russian stocks of precision missiles had been “significantly reduced” during the nine months of the war, and that Moscow would not be able to replace them quickly because of trade sanctions imposed on Russia, in particular on the microprocessors. The situation could therefore persist and influence the course of the war.