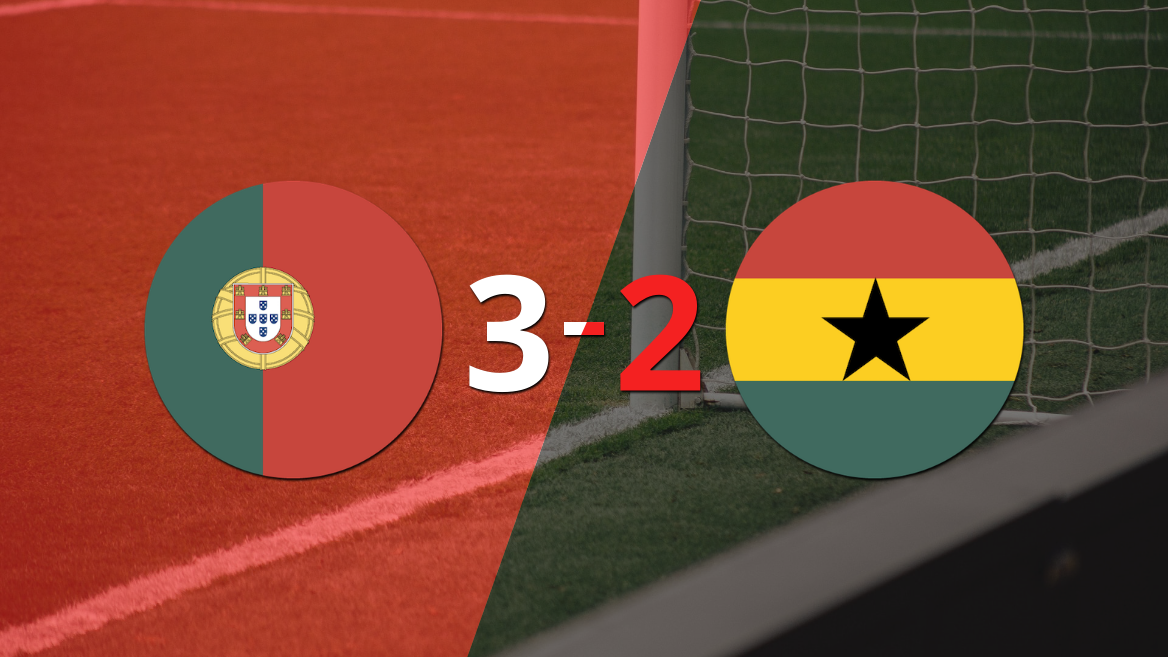 The figure of the party was Bruno Fernandes. The Portugal midfielder made 54 correct passes.

Cristiano Ronaldo was another of the outstanding players. The Portugal striker showed his best level by scoring 1 goal, shooting 4 times at the opposite goal and making 14 correct passes.

At 29 minutes into the first stage, the midfielder Bruno Fernandes raised the public with a pipe to Salis Abdul Samed.

It was a heated duel, with many interruptions in the game and cut short by fouls. There were a large number of cautions: Mohammed Kudus, André Ayew, Seidu Alidu, Iñaki Williams, Danilo Pereira and Bruno Fernandes.

For their part, those chosen by Otto Addo took to the field of play with a 5-3-2 scheme with Lawrence Ati Zigi under the three sticks; Seidu Alidu, Alexander Djiku, Daniel Amartey, Mohammed Salisu and Abdul Rahman Baba in defense; Mohammed Kudus, Thomas Partey and Salis Abdul Samed in midfield; and André Ayew and Iñaki Williams up front.

The judge chosen to lead the match at Stadium 974 was Ismail Elfath.

For the next date of the Qatar 2022 World Cup, Portugal will face Uruguay. For their part, Ghana and the Republic of Korea will play their duel at the Education City Stadium.