From jail to power, the long and winding journey of the new Prime Minister of Malaysia 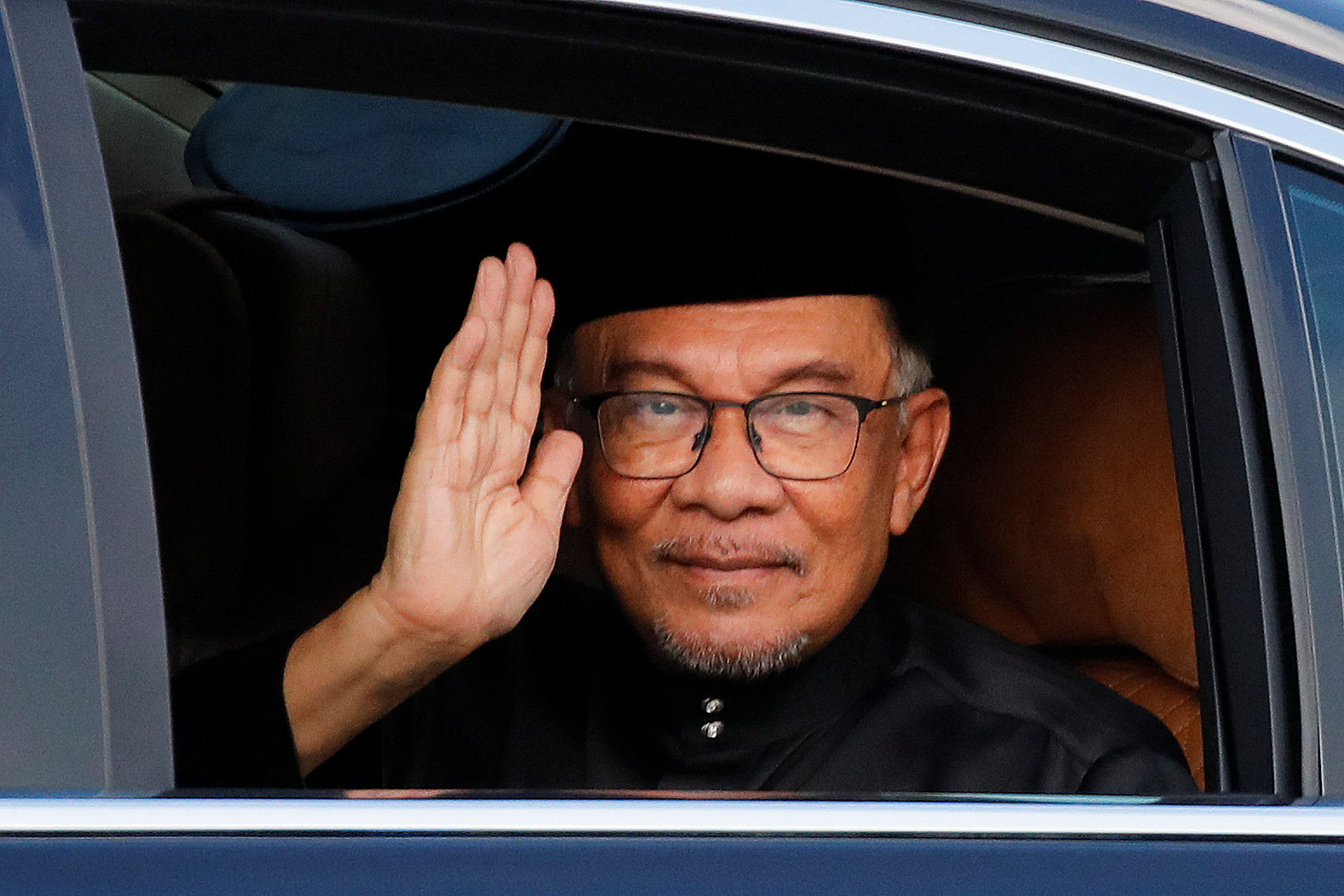 The perennial candidate for Prime Minister of Malaysia, Anwar Ibrahimfinally fulfilled his dream this Thursday after a winding path: of the four decades he has been dedicated to politics, he has spent close to one in prison, accused on several occasions of sodomy, a crime in the Muslim-majority nation.

Anwar, a Muslim intellectual With a reformist profile, he will be the tenth prime minister in the history of Malaysia (independent from the United Kingdom in 1957), as announced today by the monarch Abdullah of Pahang, ending a few days of intense negotiations to form a government, after no party was able to absolute majority in Saturday’s elections.

Finally, the sultan of Malaysiaa constitutional monarchy, today appointed Anwar, 75, to the position, which had become almost a dream for the politician, after coming very close to occupying it after the 2018 elections.

Then, his coalition, Pakatan Harapan (Pact of Hope) won in historic elections, being the first in which the United Malays National Organization (UMNO) was defeated, with the nonagenarian Mahathir Mohamad -godfather and later “executioner” ” from Anwar- to the front. 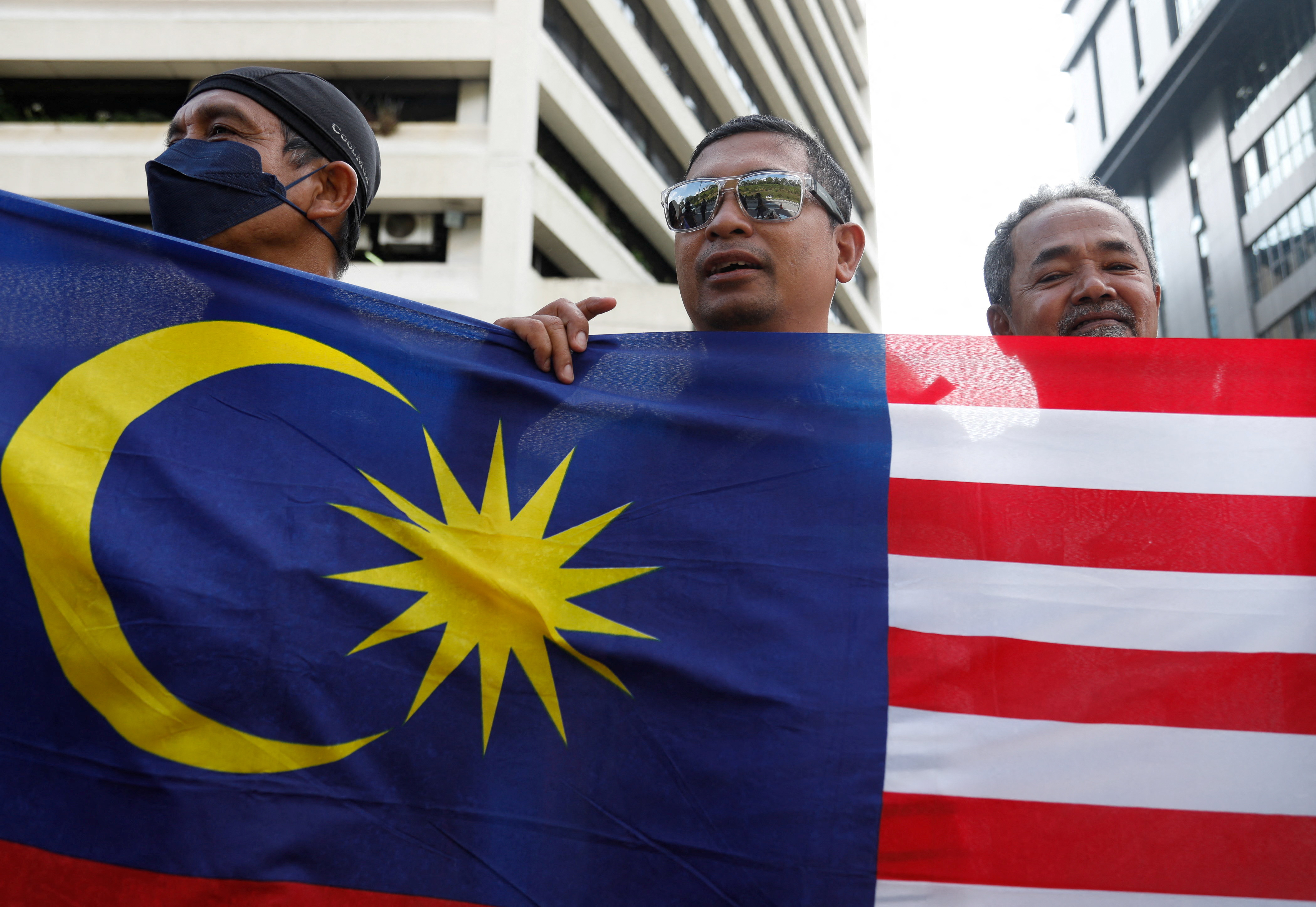 Supporters of Anwar Ibrahim hold the Malaysian flag as they celebrate Anwar’s swearing in as prime minister in front of the National Palace in Kuala Lumpur, Malaysia November 24, 2022. REUTERS/Hasnoor Hussain/Pool

Although Mahathir promised to hand over the baton to Anwar over time, the resignation in 2020 of the man who was prime minister for the second time (he was between 1981 and 2003) cut short the plans, and put the politician back in the starting box.

Now, two years later, Anwar finally achieves the goal thanks to a complicated bobbin lace: in principle, he will form a unity government with his nemesis, UMNO, and more parties, after the deficit of seats of his coalition (82) in the elections to reach an absolute majority (112).

a pact yet uncertain and complex, due to Anwar’s difficult history with UMNO, an eloquent speaker born in 1947 into a family with a political tradition, his father having been a UMNO deputy.

The domestic political environment was key for Anwar to participate in the founding of the Malaysian Islamic Youth Movement (ABIM) in 1971, leading the 1974 student protests, for which he was arrested and imprisoned for 22 monthstime in which he studied a master’s degree in literature. 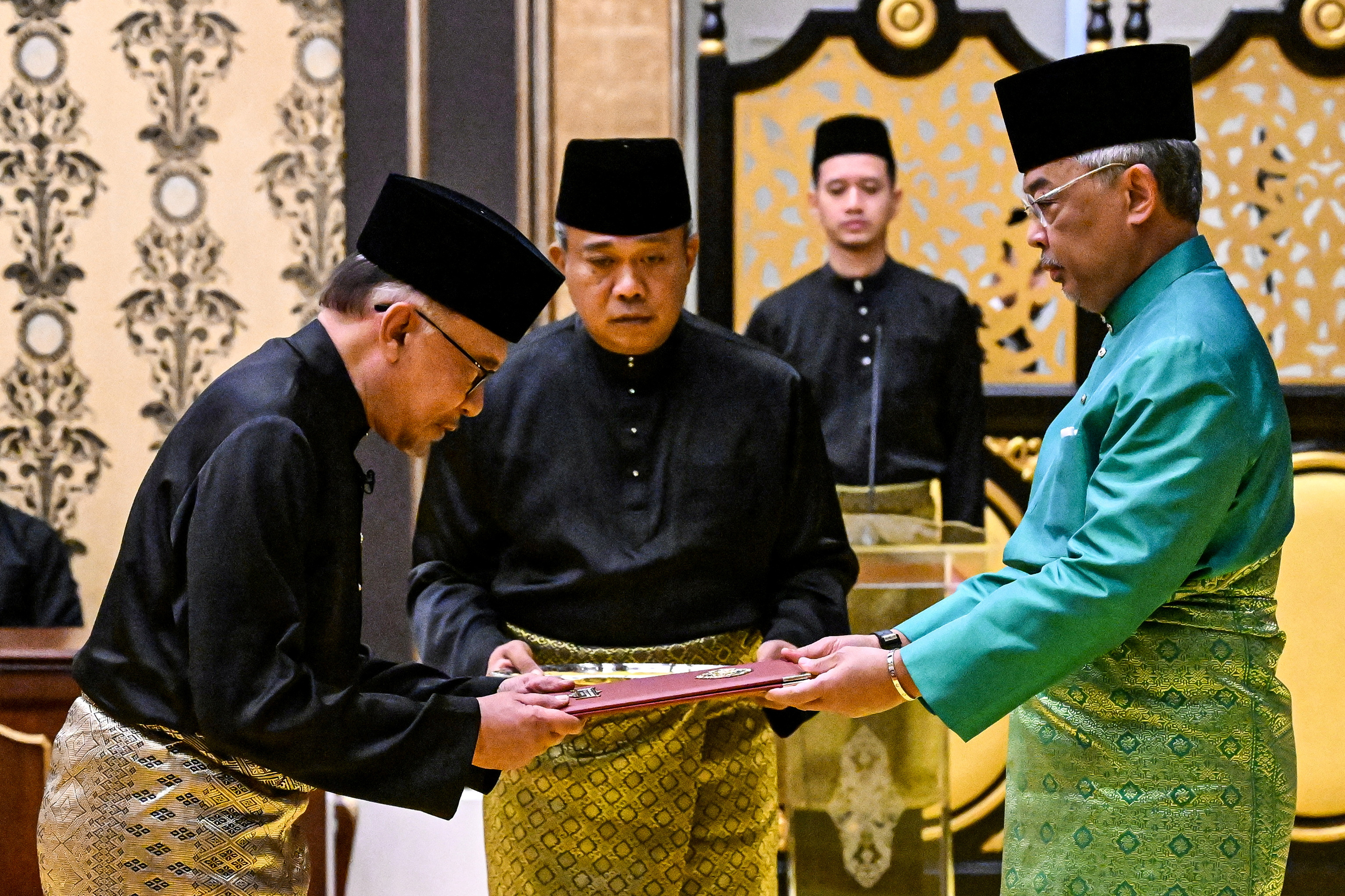 In 1982, a year after Mahathir came to power, Anwar joined UMNO, and, between 1983 and 1987, headed various ministries (Culture, Sports and Youth, Agriculture and Education), until reaching Finance, in 1991, portfolio that he would later share with the position of deputy prime minister.

His rapid progress and apparent good understanding with Mahathir, who on several occasions pointed to him as his successor, took him to the top of the national political arena, until early 1998.

Then, in the midst of tensions with Mahathir for their disparate positions to address the economic crisis, the publication of a book that accused them of being unfaithful to his wife with women and men, marked the beginning of his downfall.

Anwar was sacked, expelled from UNMO and in 1999 sentenced to six years in prison for abuse of power, and another nine the following year for sodomycrimes of which he always declared himself innocent, arguing that he was the victim of a political conspiracy. 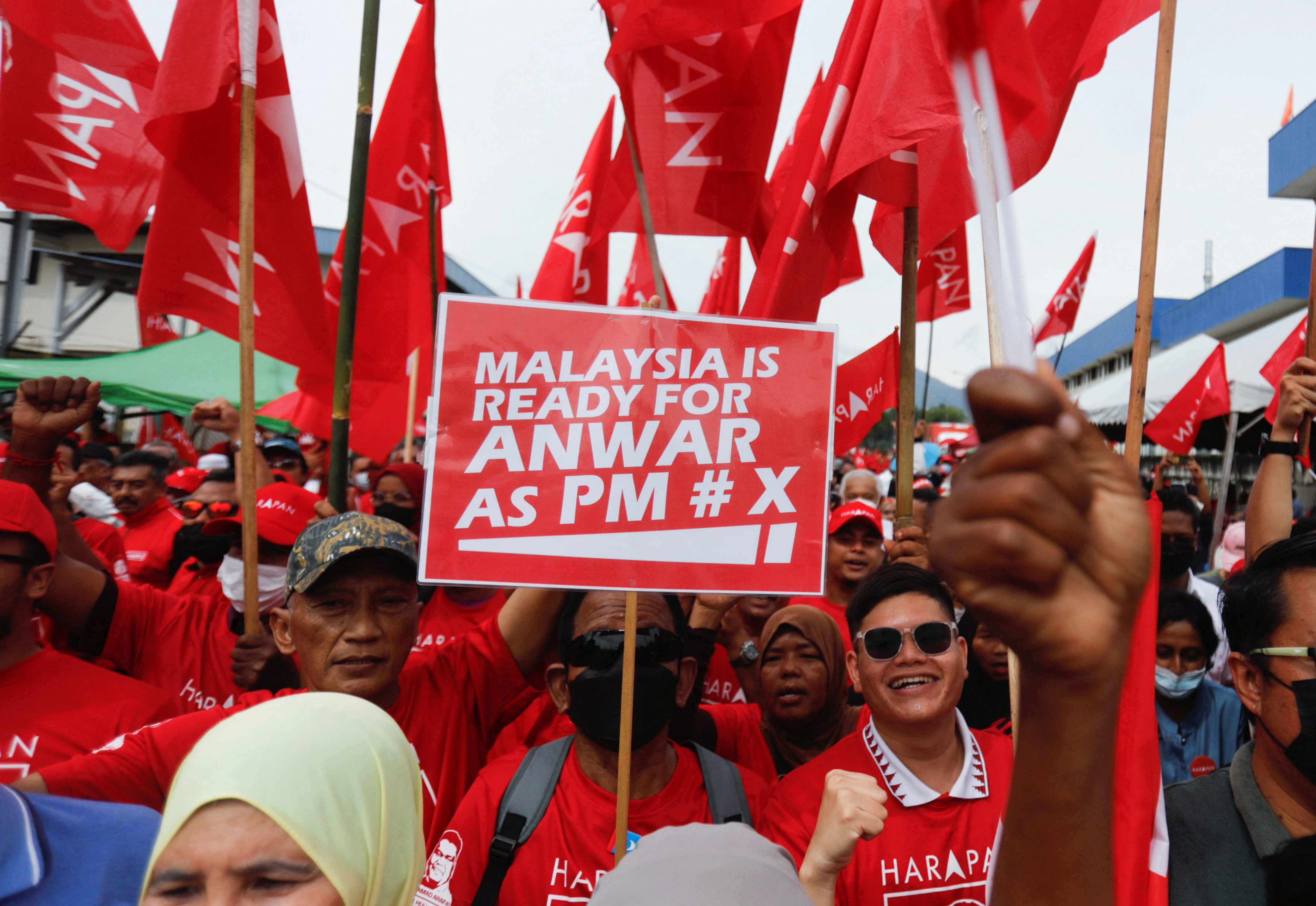 Five years later, in 2004, the Supreme Court annulled the sentence for sodomy and he was released, returning to the scene in 2008, when he founded the opposition Alianza Popular.

Shortly after, he was again surprised by a sodomy complaint from a collaborator, which ended up dismissed in court, although it would not be the last time that the father of five children together with the also politician Wan Azizah would have to face similar accusations.

When he was gaining ground from the opposition to former Prime Minister Najib Razak (2009-2018), this took him back to prison accused of sodomy in 2015.

But that same year, the scandal that would turn the situation around and unite Anwar and Mahathir again came to light: according to leaks to the press, billions of dollars from the 1Malaysia Development Berhad (1MDB) fund, launched by Najib, they had been embezzled. 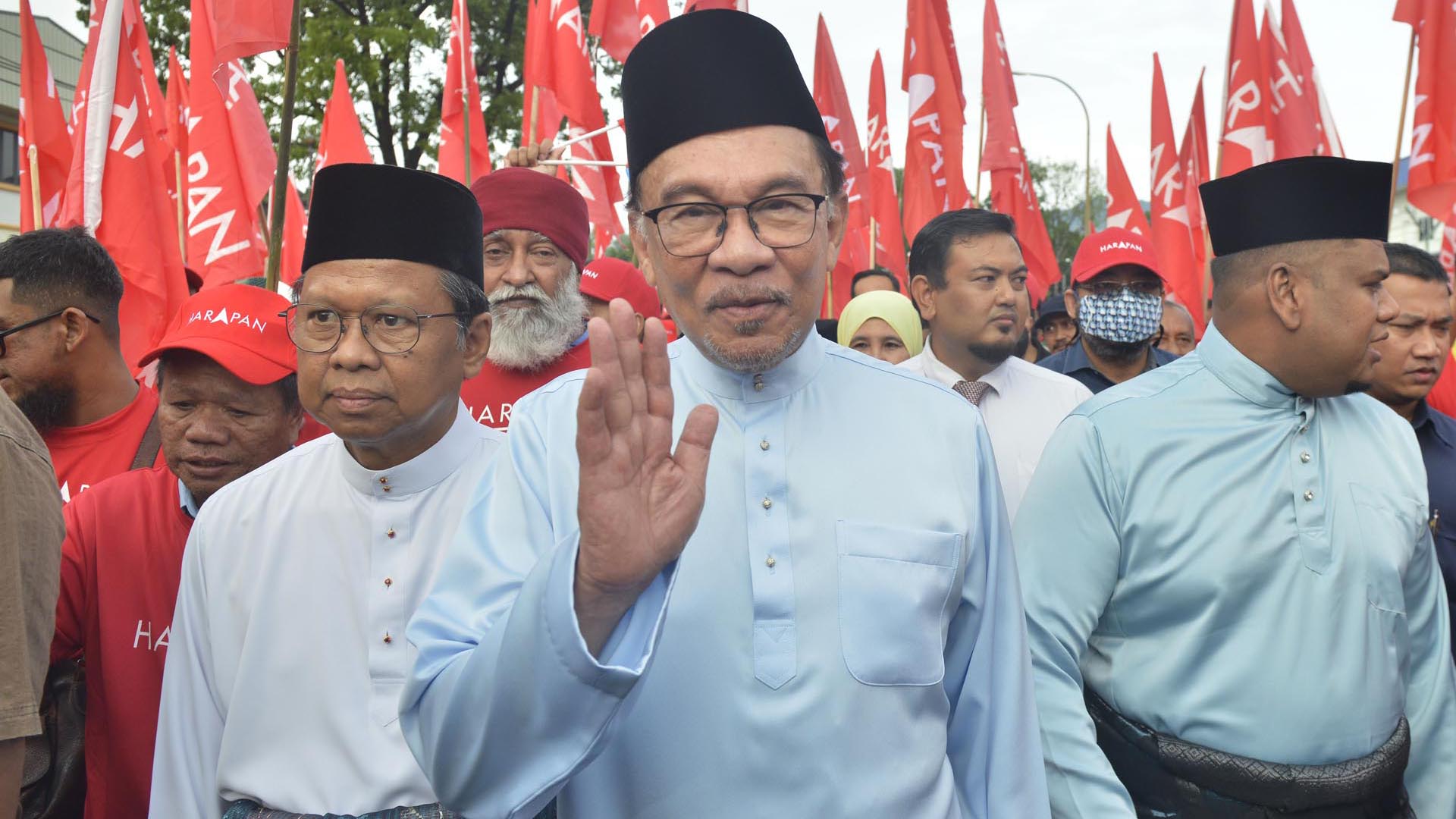 Anwar was dismissed, expelled from UNMO and in 1999 sentenced to six years in prison for abuse of power, and another nine the following year for sodomy, crimes to which he always pleaded not guilty, claiming to be the victim of a political conspiracy. (AP Photo/John Shen Lee)

Determined to end their animosity to stop Najib, who is now serving a 12-year prison sentence, Mahathir and Anwar formed Pakatan Harapan. Anwar was exonerated in 2018, hoping to run the country once he took over from the nonagenarian.

Now cut off from Mahathir, Anwar, who presents himself as a practicing Muslim after a multi-ethnic proposal (the country has a 69% Malay population, 23% Chinese and 7% Indian), will have to show whether, as promised, he will fight the corruption and the inflation.

Because, in a country where conservative factions have gained ground in recent years, scrutiny is not expected to abate over him due to persistent rumors about his personal life.

(with information from EFE)