Five police officers involved in the murder of Juan Pablo González, the alleged TransMilenio abuser, are sent to jail 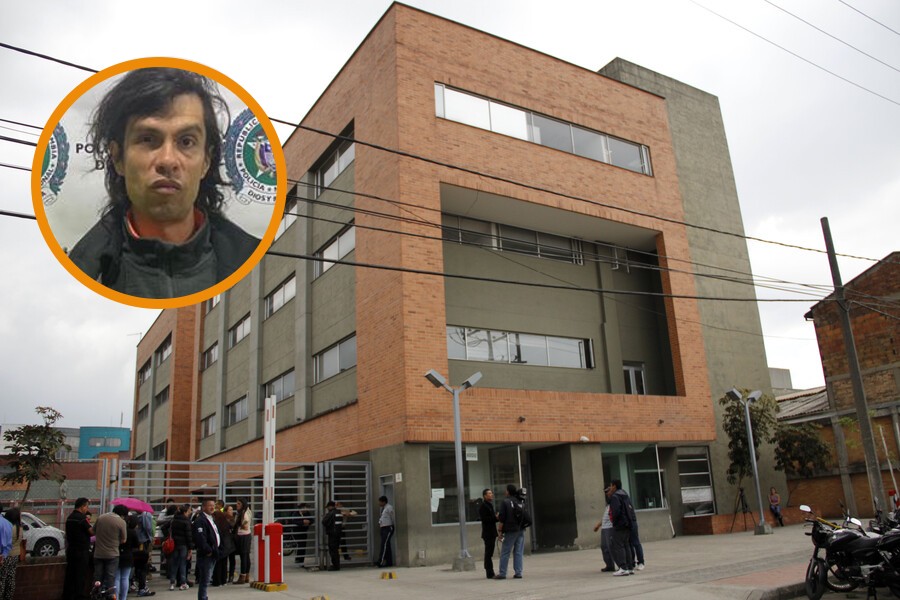 This is the URI of Puente Aranda, where Juan Pablo González was assassinated

This Wednesday, November 23, a guarantee control judge sent to prison five policemen involved in the murder of Juan Pablo Gonzalez, the alleged TransMilenio sexual abuser. The subject had an insurance measure for the case of Hillary Castro; however, he was found lifeless at the Puente Aranda URI on November 6.

W Radius pointed out that the uniformed Those involved were identified as: Bayron Arley González Martínez, Bryan Hurmberto Montealegre Angarita, Vladimir Sánchez Tarazona, Bryan Andrés Marín Tovar and Jimer Eduardo Blanco López. According to the judge, the videos from the URI security cameras warn that there was an alleged omission and complicity by the patrolmen and that is why he decided to issue a custodial measure.

“The defendants abandoned the position of guarantors to allow, with knowledge of what was happening, a harmful result against the personal autonomy and life of Juan Pablo,” explained the prosecutor in the case during the hearing, according to magazine Week. For this reason, the accusing body charged the patrolmen as co-perpetrators, since they did not prevent the people deprived of their liberty from the URI from taking González’s life.

“Police officials should have prevented those deprived of liberty from injuring, torturing, and taking the life of Juan Pablo,” he added.

Magazine Week He also learned the details of the autopsy carried out by Legal Medicine on the body of Juan Pablo González. The document evidenced that he was beaten to death; They found “50 findings of injuries, bruises, ecchymosis and fractures”.

The prosecutor in the case highlighted that for 20 minutes they beat him, cut his hair, and tortured him to the point of forcing him to drink his own urine. “It is a reflection of the brutality for being an alleged rapist,” the official pointed out, commenting that these actions occurred between 2:32 and 2:59 in the afternoon on November 6.

At first it was thought that González could have committed suicide after an insurance measure was imposed on him; However the legal medicine opinion He threw that the reason behind his death corresponded to a homicide.

On November 13, the magazine Week revealed that the murder of the 41-year-old man was planned by a criminal gang that exists within the URI of Puente Aranda, known as The Feathers. “As soon as he entered, they transferred him to cell four, when all the detainees must spend a minimum of four days in cell eight, which is the temporary cell,” said a witness, whose identity was protected by the media outlet.

Source Week He commented that there would have been six members of the gang who were behind the homicide and had the support of members of the public force. “Juan Pablo He was murdered by six people who are the violent group,” the witness pointed out and recalled that the man was “thrown to the ground” and “kicked.” Apparently that is a “welcome” that they give to the alleged abusers and rapists.

This version was supported by the prosecutor in the case, who assured that “the attackers (…) yelled at him that this was happening to him for having raped a girl and They told him that he was not as macho as he was with the victim and, therefore, he deserved to die. In this sense, the official indicated that there was a “deliberate and inconsiderate intention of physical submission as a sign of trial and conviction.”

hilary castro He made a complaint through his Instagram account about the sexual violence he experienced on October 31. Although the Women’s Secretariat attended to the minor, that only happened after she reported her case and it went viral on social networks.

“I was on a B12 route and I got off at La Castellana station. I saw that a man got off at the same station and began to look in all directions; he proceeds to take something out of the suitcase,” the young woman recounted. She started to walk faster, but she didn’t find any authority that could help her. Hilary Castro handed over everything she had to him after she threatened with a knifeoy later forced her to perform sexual acts on him.

The situation did not go unnoticed by two young people who were passing through the area and who ended up offering their support. The victim tried to report what happened, but did not receive attention at the Immediate Reaction Unit (URI) of the 38 and neither at Ricaurte’s headquarters. He also called the TransMilenio line, but it was not open.

Hilary Castro case: five police officers are captured for the murder of Juan Pablo González, the alleged TransMilenio abuser
“I want to be safe in my city”: the need to create a public space designed for women
Hilary Castro’s alleged abuser would have been lynched by a prison gang known as “los plumas”