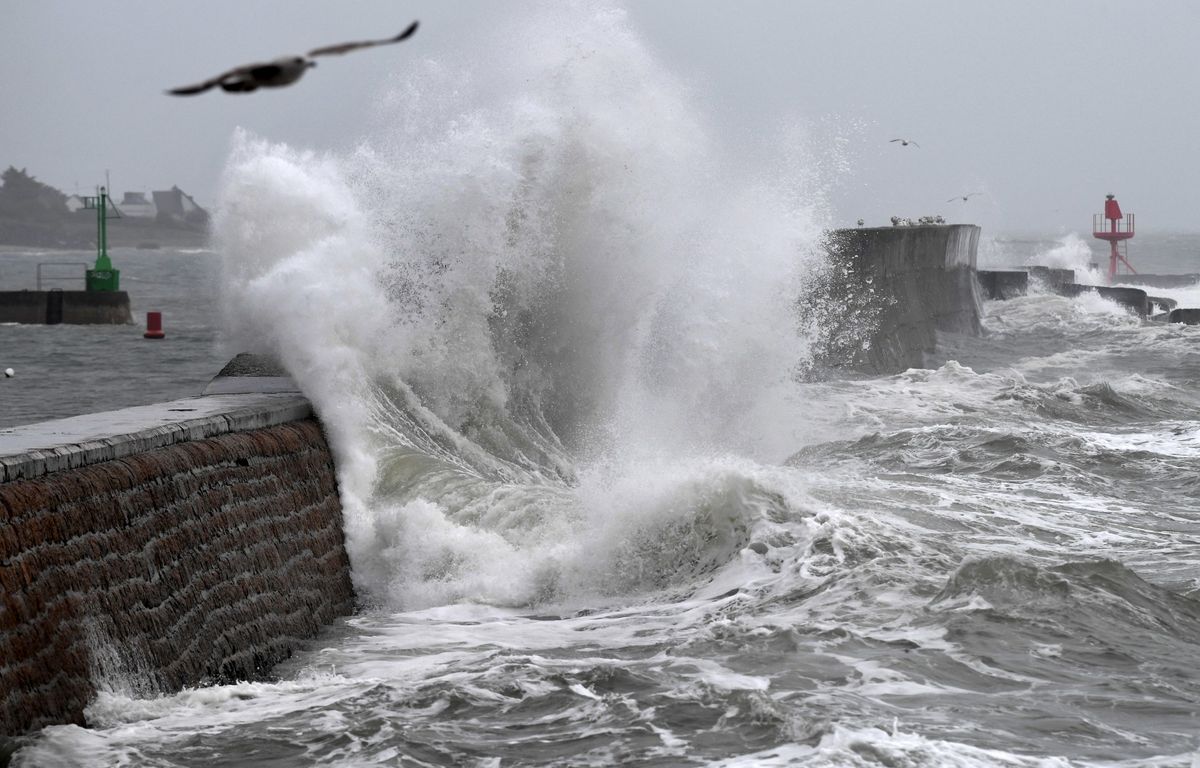 Watch out for high tides. Finistère and Morbihan were placed this Thursday morning in orange vigilance “waves-submersion” by Météo-France. In the afternoon, an episode of strong waves is expected on the Breton tip around the open sea.

“In a context of high tides, the conjunction of high sea levels and very strong waves requires very special attention”, indicated Météo-France in a morning bulletin.

The heavy swell will subside overnight.

The South-West wind remains strong on the coast, and maintains a strong sea to which is combined a powerful West-North-West swell generated by the strong winds blowing offshore, and spreading over the entire Atlantic seaboard.

This heavy swell is expected to continue all day Thursday, then begin to subside overnight Thursday through Friday.

On the other hand, the atmospheric conditions are at the origin of a rise in the sea level (surmount), adding to the already high sea levels during the high tide on Thursday afternoon (coefficient 96).

The combination of this strong swell and these high sea levels could cause submersions by crossing sea masses on the low or vulnerable parts of the coast of Finistère and Morbihan, mainly at the time of high seas on Thursday afternoon.