Young woman denounces case of sexual abuse in a SITP: “I have never felt so disgusted” 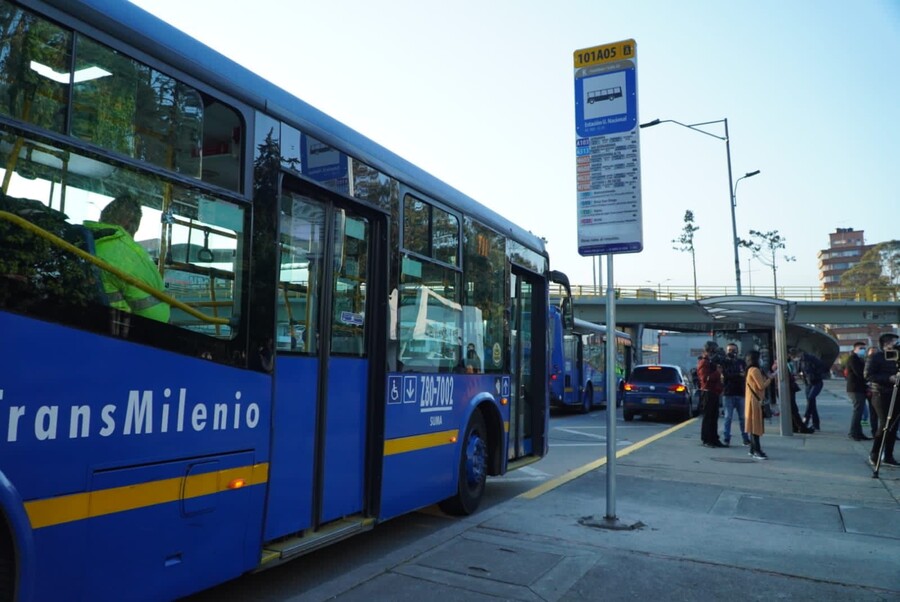 Young woman denounces case of sexual abuse in a SITP: “I have never felt so disgusted”. (Security Secretary)

Safety in public transport in Bogotá has become a topic of conversation due to the gender violence experienced by women. This Tuesday, November 22, a young woman denounced that she was the victim of sexual abuse in a bus of the Integrated Public Transport Service (SITP) through his Instagram account.

The facts that he narrated Karen Pineda They happened on November 21 between 1:00 and 2:00 in the afternoon. The woman was on Route 129, which goes to the Juan Rey neighborhood, and she was sitting in the back next to the window. At one point, “the driver lets someone in through the back door, who I didn’t pay much attention to.”

Despite the fact that there were few people on the bus—three or four, according to her—the subject decided to sit next to the young woman. “It made me very suspicious,” said the victim and recalled how she was cornered on public transport: “the man puts both hands on the chair and corners me against the window and I am left in shock”.

When the stranger pushes her against the window, Karen Pineda was speechless after hearing his threat: “He told me that for my own good it was better not to do anything and stay still.” At that time, the young woman assured that she experienced something that she does not wish on anyone. “The man touches me, he puts his hand under my jacket and gropes me all over,” she added.

At one point in the story, the woman was in tears trying to expose how the man had gone too far with her, taking advantage of all the fear she felt “that I couldn’t even speak.” For at least 10 minutes he would have abused the young woman.

“I had a torn jean and he put his hand under me and touched me with his fingers,” Pineda said.

During the video, he emphasized that he was not making a public complaint because “I have no one to denounce.” From the moment the man got on the SITP Until he got off, the woman couldn’t see his face because of the fear he felt. “Never in my life have I felt so disgusted and violated,” said Karen Pineda. The only thing she recognized about the man was his smell: “it smelled horrible, it smelled like he was homeless, like he hadn’t bathed in like two months.”

The purpose behind her story was to vent and call attention to women in the capital, as she commented that she knows that “Unfortunately I will not be the last victim.” For this reason, she recommended trying to be accompanied and “if you are going to be alone, please bring something with which you can defend yourself, because people are shit.”

The Women’s Secretariat stated that it contacted Selene Circe – the name used by the victim on her social networks – for the case of sexual violence that she experienced on public transport. “We offered him all the services of the District Secretariat for Women to accompany her legally and psychologically and seek justice in her case”, read a tweet shared by the entity.

In fact, in the published video, it can be confirmed that they sent a message with the intention of helping her: “We would like to contact you to provide you with our services from the #PurpleLine. Could you send us your full name and phone number via DM? We stay tuned!”

For his part, transmilenio issued a press release in which it “deeply regrets and reiterates its emphatic rejection of any conduct that causes injury to the physical, psychological and sexual integrity of women inside or outside the System.” Likewise, she explained that she contacted the victim to activate the response routes and inter-institutional care.

“At the same time that the internal investigations began in order to gather information to contribute to the competent authorities in the framework of the investigation and the clarification of what happened,” the public transport entity pointed out and reminded the public of the service channels in a situation of violence or administration: line 123 and purple line (01-8000-112-137).

Hilary Castro case: five police officers are captured for the murder of Juan Pablo González, the alleged TransMilenio abuser
Students have been protesting since Tuesday in Bogotá for denouncing the sexual abuse of a student from La Gran Colombia
“Pedophile, disgusting”: victim of sexual abuse will not have to retract pointing out his alleged aggressor, despite the fact that he has not been convicted