Why it “burns everywhere” in Mamoudzou, the capital of the archipelago 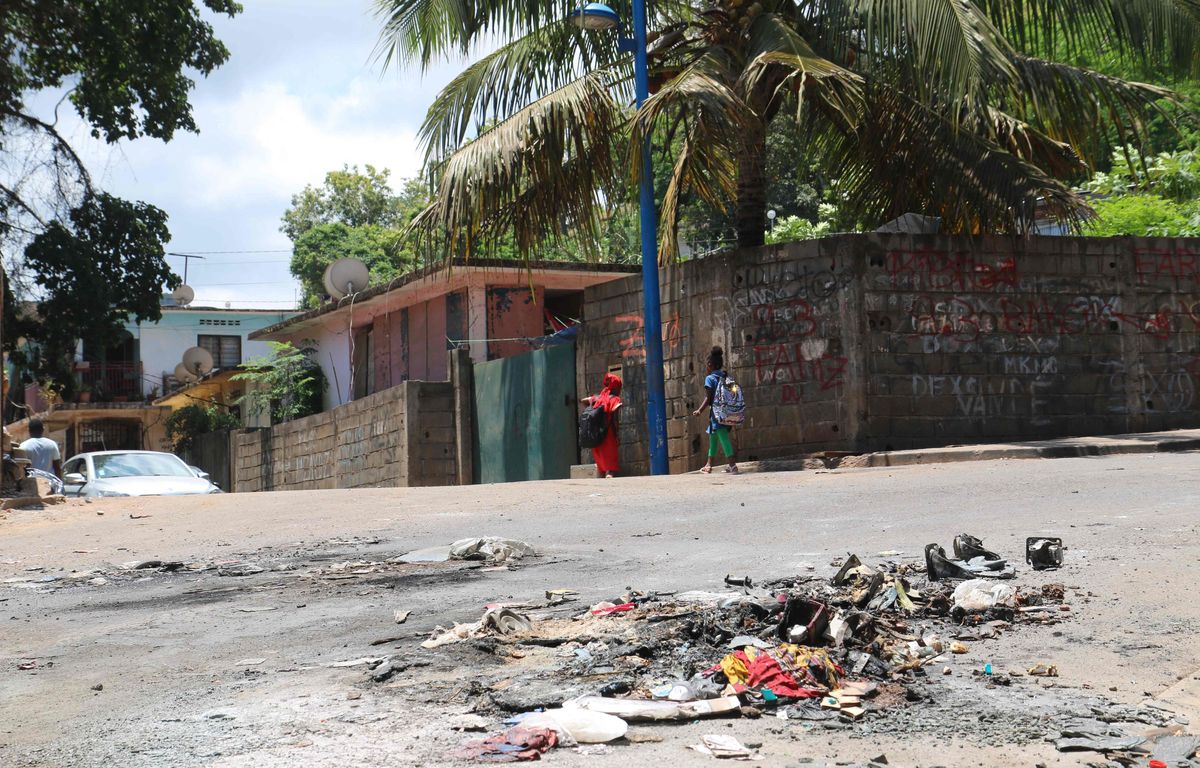 On the spot, residents describe scenes of “chaos”. This Tuesday, the deputy of Mayotte, Estelle Youssouffa, launched a “cry of distress” on the “cycle of vendetta”, of “barbarism and terror” which rages on the island and this, in “general indifference” in Paris. The archipelago has indeed been shaken for ten days by a wave of violence between rival gangs, described as “guerrilla” by a police officer on the spot. “Residents have armed themselves with iron bars and machetes to defend themselves against the bands,” adds another police source. And the night from Monday to Tuesday was not calmer. 20 minutes takes stock of what is happening in this French department of the Indian Ocean.

What happened that night in Mayotte?

In the north of the city of Mamoudzou, the largest in Mayotte, between the districts of Kawéni and Majikavo, the police kept away several groups who wanted to clash. Turning back, small groups took the opportunity to attack road users, according to witnesses. In Cavani, the urban center of the city, a group of young people sought confrontation with the police and set up a fire block near the court.

Already on Sunday, a motorist had been stabbed in Mtsapéré Bonovo, another district of Mamoudzou, according to a police source.

When did the tensions start?

Kawéni, which brings together the largest concentration of businesses and schools, as well as the largest shantytown in the department, caught fire after the death of a 20-year-old from this village on November 12. He was riding a scooter when he allegedly crossed paths with a gang from a village rivaling his, whose members were drunk and armed with machetes. He received numerous machete blows, including several to the head. His death caused unrest on Sunday.

The sector caught fire again on Wednesday, November 16, after the attack on a school bus. It was stoned, then several people boarded, beating the driver and four students with machetes, who were injured without their vital prognosis being engaged. This attack caused scenes of chaos: flaming barrages, throwing of all kinds of projectiles. “It was a war zone,” denounced villagers. On Saturday, 200 to 250 young people from Kawéni gathered to do battle with those from the Doujani district, further south, according to the police.

“The difference from usual is that the violence was not in a fixed place, this weekend, Mamoudzou was burning everywhere,” says Abdel Aziz Sakhi, zonal secretary of the Alternative police union. “There were a hundred young people facing us, rubbing their machetes on the ground to show that they wanted to do battle with us. They attacked, we had to retreat… Then, we had no choice but to force the roadblock, to rush with our vehicles to disperse them”, continues the “completely exhausted” policeman.

How to put an end to this violence?

Faced with the violence, Gérald Darmanin announced the dispatch of ten police officers from the Raid, the elite police unit, to reinforce the police on the spot. They must land this Tuesday in Mayotte. Ambdilwahédou Soumaila, the mayor of Mamoudzou, denounces the fact that “for fifteen years, Mayotte, the island of perfumes [soit] become the island in the underworld”. He asks that the Raid reinforcements remain “until the Republic regains its rights”. It is no longer a question, according to him, of just “doing the maintenance of order”. “We have to fight them, pick them up where they are in the slums, the remote neighborhoods, catch them and bring them to justice,” he pleads.

Visiting in August, Gérald Darmanin had promised reinforcements from the gendarmerie, which should be available next summer and mentioned future proposals to open “places of re-education and recovery” for juvenile offenders, supervised by soldiers.

The archipelago, a regular scene of clashes between gangs or with the police, has a much higher level of crime than in mainland France. The number of complaints for burglary is four times higher there, and physical attacks much more violent. This insecurity is fueled by great poverty: 194,000 Mahorais, or 74% of the population, live with a standard of living below 50% of the national median, according to INSEE.