the testimony of Lylou’s mother divides the web

Since October 20, a 13-year-old girl named Lylou and from the Rhône has been missing. While an investigation is underway to try to find her, her mother Gaëlle was on Wednesday November 23, 2022 on the set of the program “Touche pas à mon poste” on C8 to tell the story of her daughter and thus try to shake things up.

A disturbing disappearance
The young woman explains that she returned home on October 20 around 7:30 p.m. and that her 13-year-old daughter, Lylou, had vanished. If the investigators quickly evoked the hypothesis of the runaway, Gaëlle clarified that the teenager left without her mobile phone, without her coat, without her keys and without her papers…
Very moved, she also explained that her daughter was the victim of a gang rape at the age of 10 and that her attackers have not yet been judged. A terrible ordeal which plunged the teenager into a great depression and which took him to run away twice to “self-destruct”. The mother thus says that last March, a runaway turned into kidnapping since Lylou was found in an apartment with two young adult men who allegedly inflicted physical violence on her. Gaëlle is now convinced that it was these young men who came to persuade Lylou to leave with them again, knowing that she is very vulnerable and very easily influenced.
In tears, the mother also confessed that the day of her disappearance, Lylou would have asked her at the end of the morning, to stay by her side. What she would have answered in the negative because obliged to go to work. In the afternoon, the teenager would still have sent a message to her mother to tell her how sad and unhappy she is…

“She left without clothes, without a phone, without money (…) She disappeared”The cry of distress from Gaëlle, mother of Lylou, 13, missing for more than six weeks! #TPMPpic.twitter.com/9P5iIOjGX0

This story does not hold up, this kid should have been followed by an educator following her runaway, what is she doing at home without schooling?? It doesn’t stick

Viewers skeptical of this testimony
Despite Gaëlle’s sincerity and distress, viewers did not hesitate to express their skepticism:

@TPMP at 10 years old raped!? Where was his mother? And there rebelotte!! Ask yourself the right questions ! Parental pimping does exist! She ran away, no more salary for mother Macrelle, 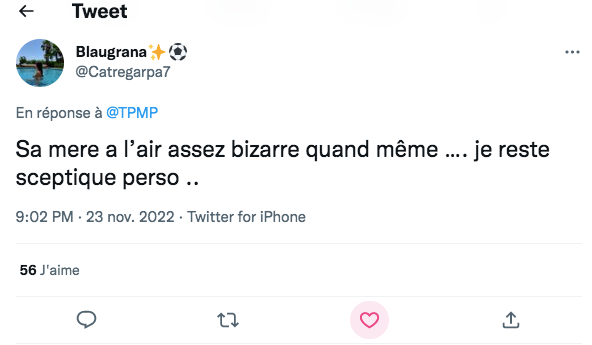 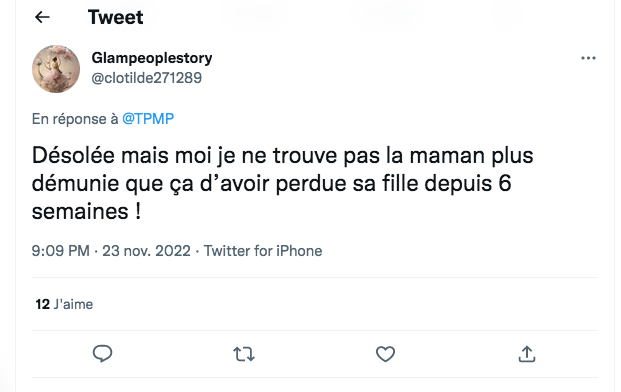 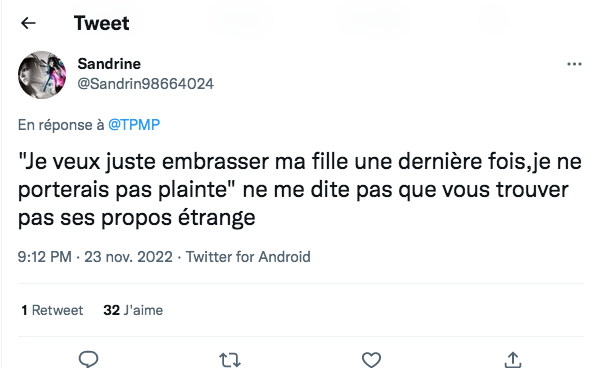