Mauro Icardi He was harshly criticized on his social networks for doing an action that many called reprehensible.

The footballer spent several days in the Maldives with Wanda Nara and documented his stay on social networks, however, his followers harshly criticized him when they saw him practice golf with balls that fell on local beaches.

“Throwing balls into the water”, wrote the soccer player, showing the outdoor activity he was doing and that caused the repudiation. 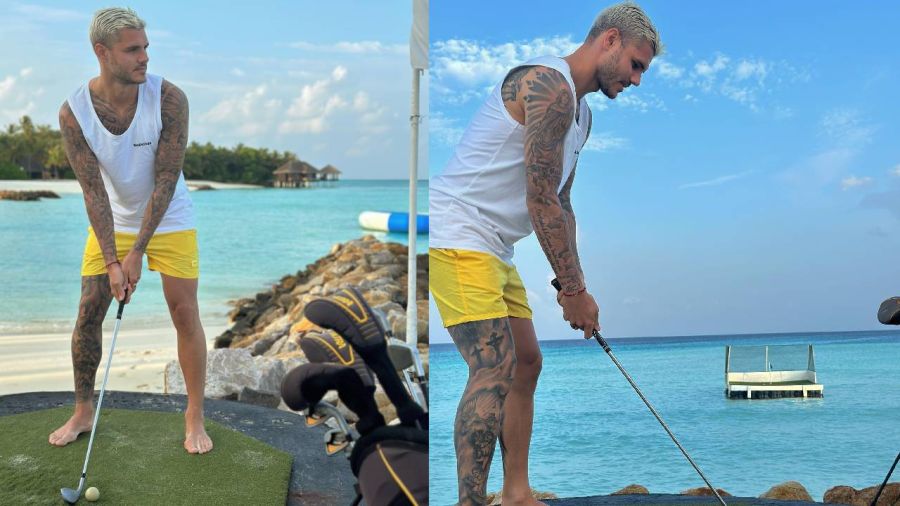 “You contaminate the sea”, “And this is how the human being pollutes the sea. How intelligent!”, “Why don’t you throw them on a field instead of contaminating the water B0B0…..every day you dedicate yourself more of salami”they wrote to him in the comments of the publication.

Mauro Icardi became romantic in the Maldives: this is how he spent his rainy Sunday with Wanda Nara

With a rainy weekend on the island, football player He shared how he was doing. “A different Sunday”, he titled the video that showed the weather.

Then, he went for more and with a clip of a lioness and a lion being affectionate, he wrote: “Description of my rainy Sunday”, realizing that he was pampering with Wanda Nara.

“With so much rain, nothing better than being like this”added along with a heart emoji.