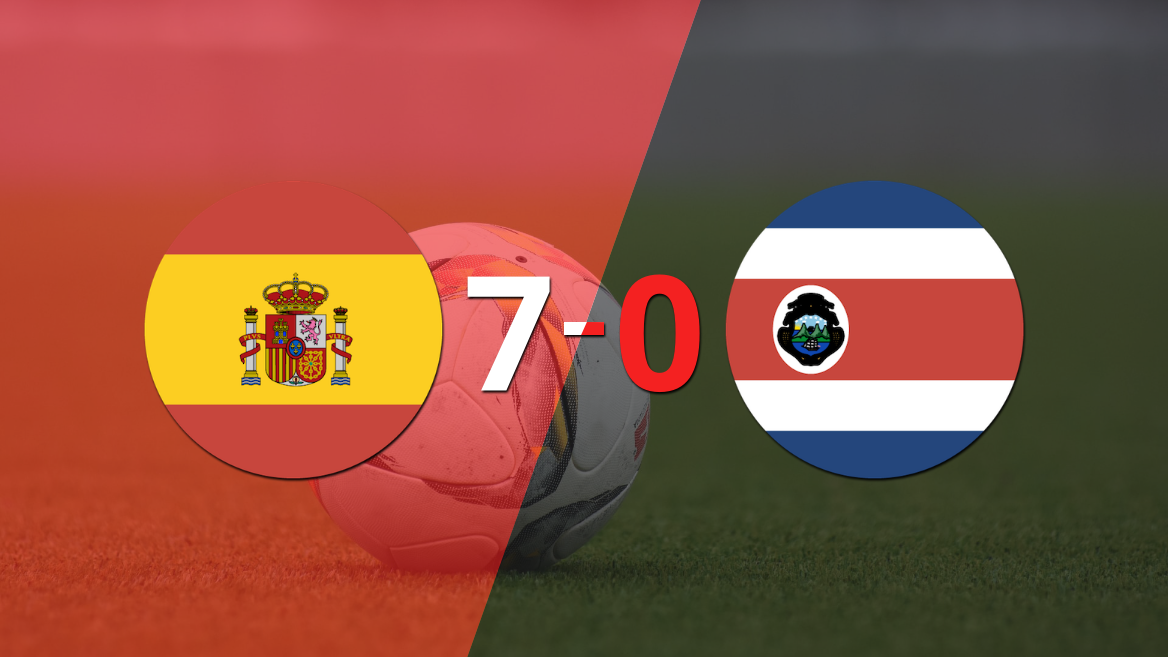 Spain was superior: they managed to have more possession of the ball (79%) and generated a wide difference with a total of 17 shots, of which 3 reached the goal and 7 ended up wide.

Dani Olmo had a great performance. The attacker from Spain shone by scoring 1 goal, kicking 4 times and making 59 correct passes.

Defender Jordi Alba of Spain hit a pipe and seeped the ball between the legs of defender Carlos Martinez of Costa Rica in the 27th minute of the first leg.

The game was fought, but there were more offenses than the creation of fair play. There were 2 cautioned: Francisco Calvo and Joel Campbell.

The DT of Spain, Luis Enrique, presented a tactical arrangement 4-3-3 with Unai Simón in the goal; César Azpilicueta, Rodri, Aymeric Laporte and Jordi Alba on the defensive line; Gavi, Sergio Busquets and Pedri in the middle; and Ferran Torres, Marco Asensio and Dani Olmo in attack.

For their part, Luis Fernando Suárez’s team came out with a 4-4-2 tactical arrangement with Keylor Navas under the three sticks; Carlos Martínez, Óscar Duarte, Francisco Calvo and Bryan Oviedo in defense; Keysher Fuller, Celso Borges, Yeltsin Tejeda and Jewison Bennette in midfield; and Anthony Contreras and Joel Campbell up front.

Mohammed Hassan Mohamed was the referee chosen for the match at the Al Thumama stadium.

On the next date of the Qatar 2022 World Cup, Spain will play its match against Germany. For their part, Costa Rica and Japan will meet at the Ahmed Bin Ali stadium.