Carlos III, Camilla, Guilermo and Kate shine at a gala at Buckingham Palace

On the night of Tuesday, November 22, Buckingham Palace held an unforgettable gala especially for the reign and Carlos III. together with his wifeto Camilla Parker, the king monarch of the british royal family attended a banquet held in honor of the state visit of the south african president Cyril Ramaphosa, and his wife, Tshepo Motsepe. This appointment was special, since it is the first official appointment that the new kings receive. The first was in 2019, together with Donald and Melania Trump together with Elizabeth II.

The gala was held in the Ballroom, one of the largest and best known as the State Room, dating from the time of Queen Victoria. With 37 meters long and 18 meters wide and inspired by the Italian Renaissance, it had been inaugurated during the Crimean war. 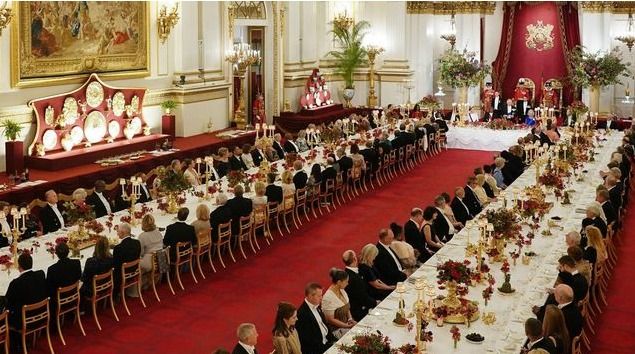 A huge horseshoe table is located in the huge hall where the banquet is given. On it are 4,000 pieces of crockery and household items and 2,000 cutlery. The luxury tableware, commissioned by George IV at the end of the 18th century from the French factory Manufacture Nationale de Sèvres (France). A fact that is not minor is that of the six glasses, of water, red wine, white wine, sweet dessert wine, champagne and port. he also counted with a silver salt shaker, a mustard pot and a pepper shaker.

The dress in a gala night

The dress code for the guests was strictly followed, something very common in protocol “british”. For the gentlemen: the gentlemen have worn tailcoatswith a white bow tie and pique shirt of the same color and military dress uniform according to his rank. 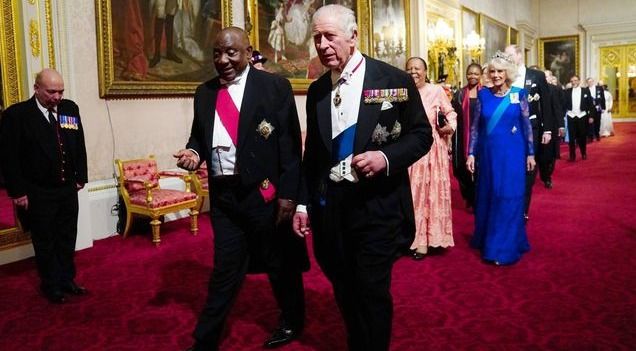 The guests: a formal dress with gloves and jewelry has been the keynote. There was a lot of expectation about the tiara that the Princess of Wales Kate Middelton. Some of the experts pointed out that she could wear a new headband, but the Cambridge Lover’s Knot was true to her style. The princess premiered a dress, created by Jenny Packham, your favorite designer 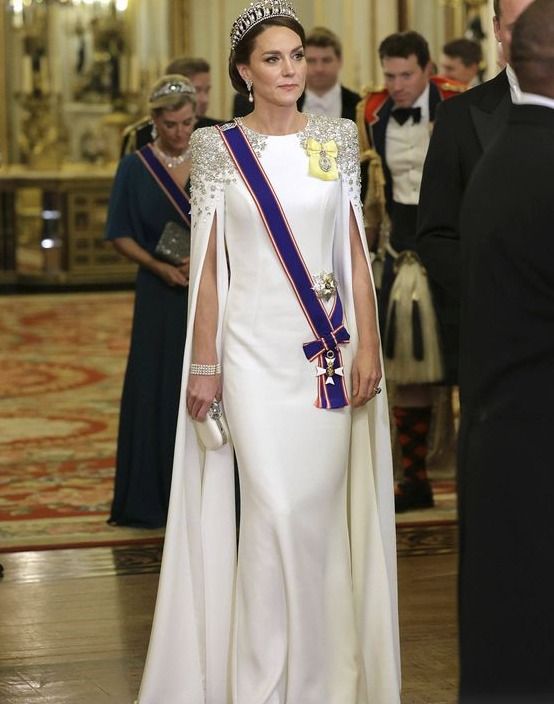 Some details of the night

The guests were attended by 80 employees, with an orchestra that played pieces that set the scene for each dish. Talks, toasts and tasting of some delicatessen arranged around floral centers, candles and chandeliers that gave that luxury detail to the horseshoe-shaped table that had a spectacular appearance. The setting was under the lights of the six fabulous chandeliers that adorn the ceiling of the Ballroom. 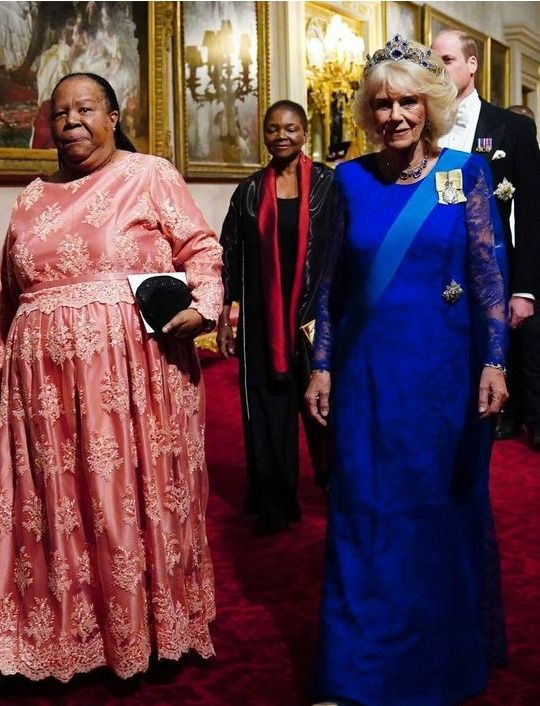 At the gala night at Buckingham Palace, not only were the representatives of the African country and the new princes of Wales, William and Kate Middleton, present, among them they were also accompanying the British royal family earls of wessexSophie and Eduardo. 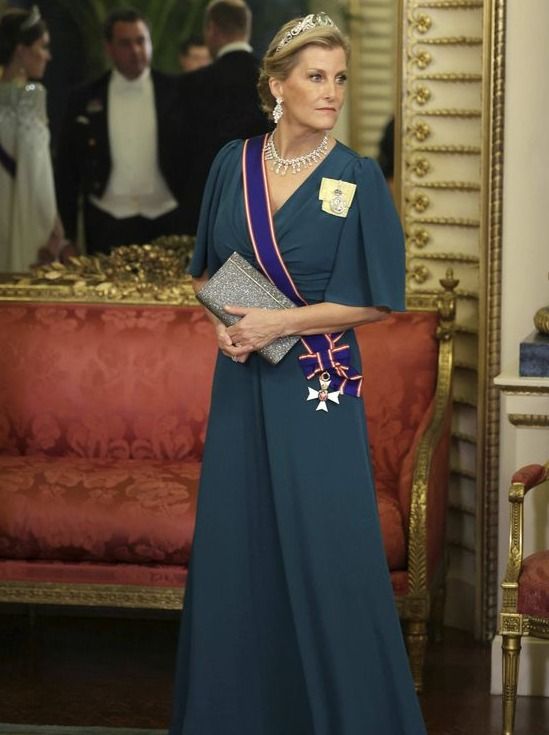 The Countess of Wessex wore a long, flowing aquamarine dress with short flared sleeves and a V-shaped crossover neckline with a belt made of the same material.

The truth is that the gala night shone in the Buckingham palace, and the reign of Charles III works perfectly and this was the first of many finery.