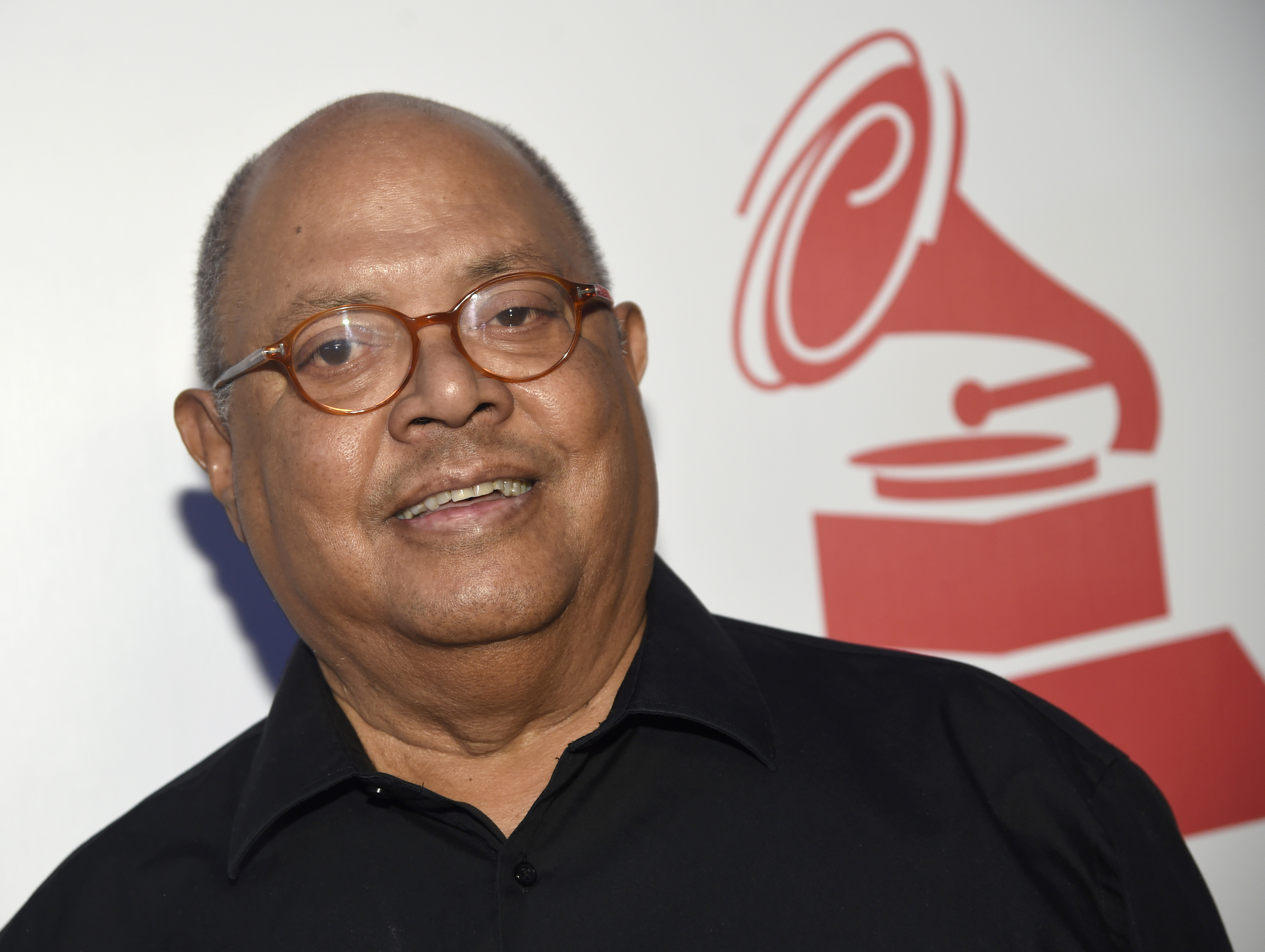 FILE – Pablo Milanes arrives at the Latin Recording Academy Special Awards at the Ka Theater at the MGM Grand Hotel on Wednesday, Nov. 18, 2015, in Las Vegas. Milanés died in Madrid on November 22, 2022, his office reported. He was 79 years old. (Photo Chris Pizzello/Invision/AP, File)

HAVANA (AP) — Pablo Milanés, the Latin Grammy-winning balladeer who helped found Nueva Trova Cubana and toured the world as a cultural ambassador for the Cuban Revolution, has died in Spain, where he had received treatment for breast cancer. blood. He was 79 years old.

The death occurred early Tuesday morning in Madrid where the artist lived and received treatment since 2017 for the oncohematological disease that affected him in recent years.

“With great pain and sadness, we regret to inform you that the master Pablo Milanés has passed away,” the artist’s office reported. “We are deeply grateful for all the expressions of affection and support, to all his family and friends, in these difficult times. May he rest in the love and peace that he has always transmitted. He will remain forever in our memory. 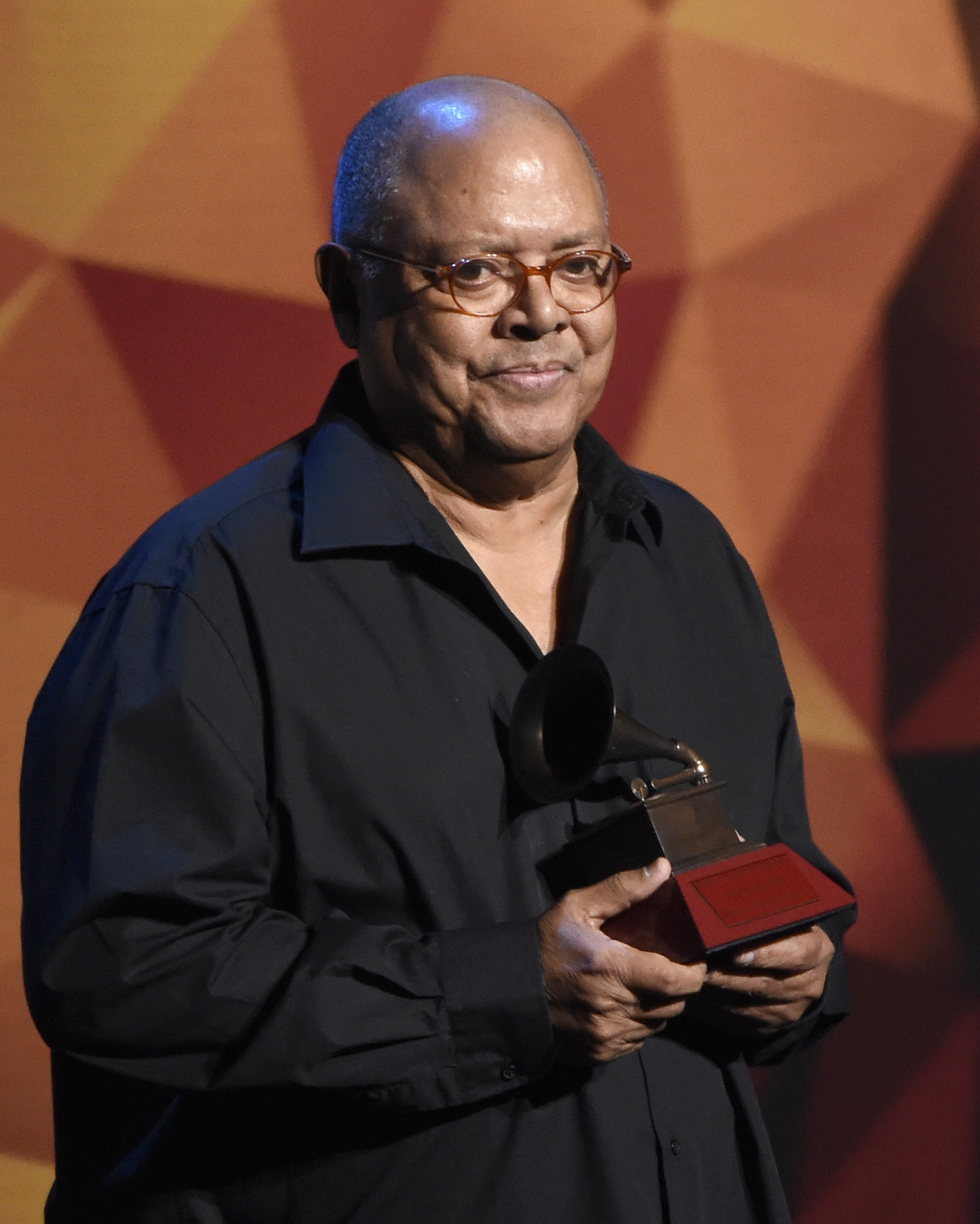 FILE – Pablo Milanes receives the Latin Recording Academy Award for Musical Excellence at the Ka Theater at the MGM Grand Hotel on Nov. 18, 2015, in Las Vegas. Milanés died in Madrid on November 22, 2022, his office reported. He was 79 years old. (Photo Chris Pizzello/Invision/AP, File)

The official website Cubadebate also reported the death of the artist. At the beginning of November it had been announced on his social networks that he was hospitalized and this led to the suspension of a concert.

In January, Milanés suffered the unfortunate death of his daughter Suylen Milanés, due to a stroke at the age of 50.

Milanés was one of the most internationally known Cuban musicians. He recorded thirty albums and had hits like “Yolanda”, “Yo me quedo” and “Amo esta isla” during his more than six decades of career. 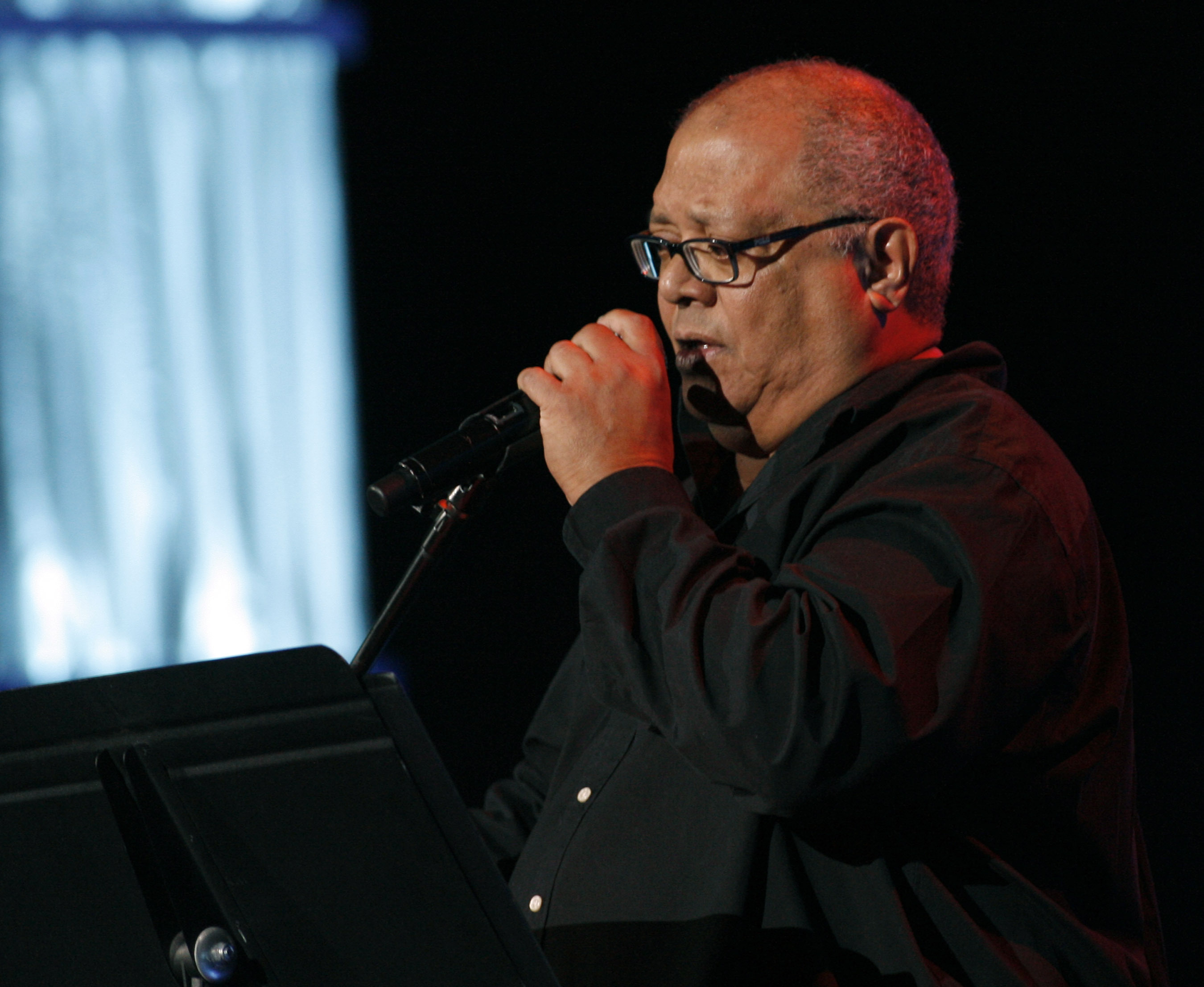 In 2015 he received the Award for Musical Excellence from the Latin Recording Academy. He had previously been awarded the Latin Grammy for best singer-songwriter album for “Como un campo de maíz” and best traditional tropical album for “AM / PM Líneas Paralelas,” an album he released with Puerto Rican Andy Montañez, both in 2006.

With his privileged, harmonic and unmistakable voice, the artist reached the hearts of millions of people of various generations.

He was born on February 24, 1943 in the eastern city of Bayamo, he was the youngest of five brothers of working-class parents. He began his musical career singing on local radio and television contests, which he won many times. 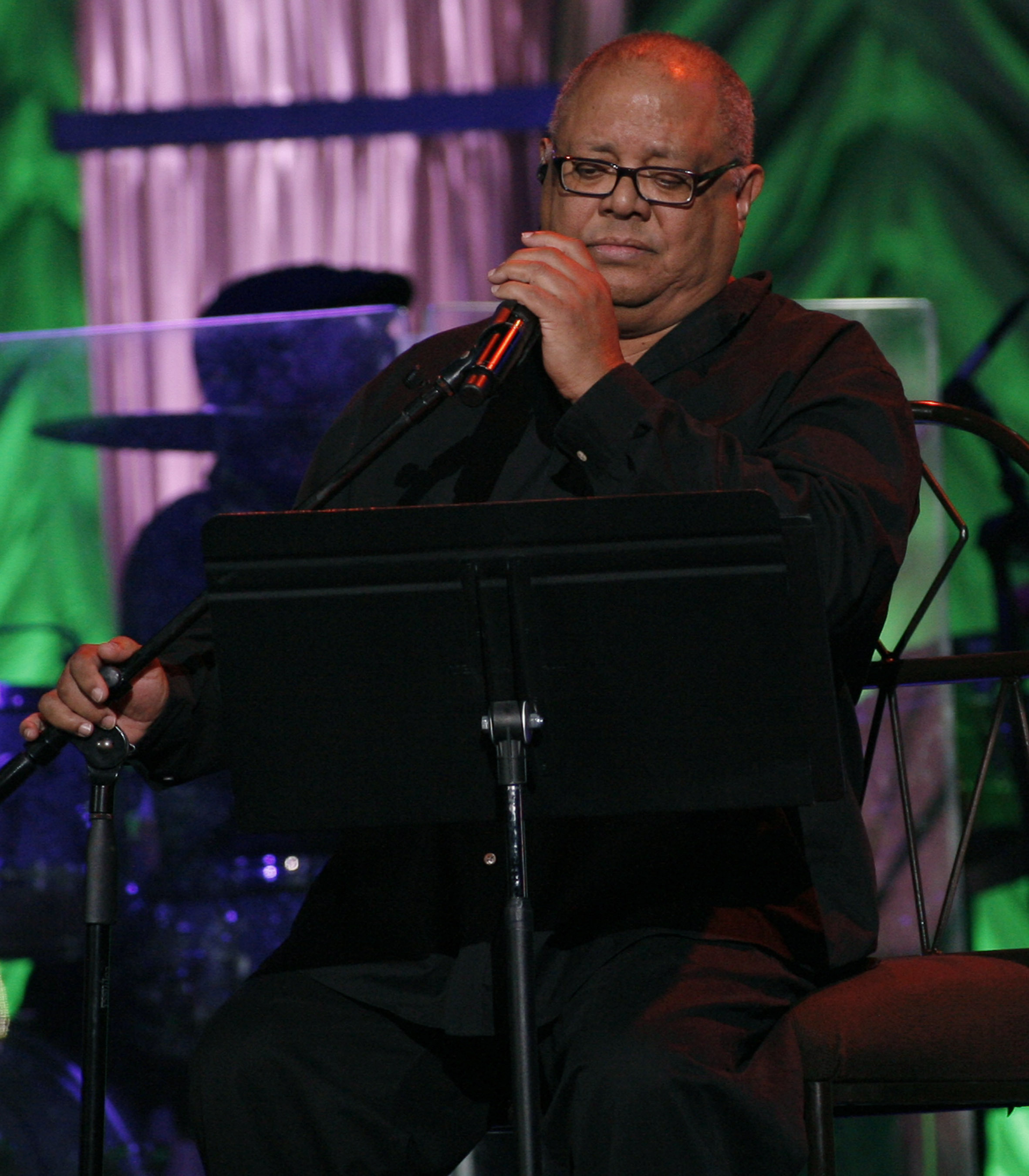 His family moved to the capital and for a time he studied at the Havana Conservatory during the 1950s, but he said that more than his academic training, his inspiration came from neighborhood musicians and trends in the United States and other countries.

In the 1960s he was in various groups, including the Cuarteto del Rey, where he composed his first song in 1963, “Tú, mi desengaño”, which spoke of leaving lost love behind.

“Your kisses cannot matter to me because I have a new love / that I assure you of my life I am going to give him,” he mentioned part of the lyrics.

In 1970 he wrote the love song “Yolanda,” which remains an enduring favorite in every country in Latin America, from the tourist cafes of Old Havana, to concerts in Argentina and cantinas in Mexico City.

In 2003, the Spanish newspaper El País asked Milanés how many women he had “linked” with this song. “None,” she replied, laughing. “But many have told me: ‘This child is Yolanda’s product.'”

Milanés supported the Cuban Revolution of 1959, but during the first years of Fidel Castro’s government he was attacked by the authorities, when all kinds of “alternative” expression was considered highly suspect. The singer-songwriter was allegedly harassed for wearing his hair in the “afro” style and punished with compulsory labor.

Those experiences, however, did not dampen his revolutionary fervor and he began to incorporate politics into his songs, in collaboration with musicians such as Silvio Rodríguez and Noel Nicola.

The three are considered the founders of the Nueva Trova Cubana, a musical style with guitar that is based on the old ballads that the troubadours composed during the island’s wars for independence.

Milanés and Rodríguez in particular became close and toured the world’s stages as cultural ambassadors of the Cuban Revolution.

Milanés was a critic of US foreign policy and even for a time a member of Parliament. He considered himself loyal to the revolution and spoke of his pride in serving Cuba.

In 1973 he recorded “Versos sencillos”, which were the poems of the Cuban José Martí, hero of independence, turned into songs. Another of his compositions became a kind of call to the union of the political left of Latin America, “Song for Latin American unity.”

In 2006, when Castro left the presidency due to serious illness, Milanés joined other leading artists and intellectuals in expressing his support for the government. He promised to represent Castro and Cuba “as he deserves this moment: with unity and courage in the face of any threat or provocation.”

However, he did occasionally publicly advocate for more political openness on the island. In 2010 he supported a dissident who went on hunger strike to demand the release of political prisoners.

The following year, as the island enacted economic changes to allow for more free-market activities, he pressured President Raúl Castro to go further.

“These freedoms have been seen in small doses and we hope that over time they will expand,” Milanés told The Associated Press, without going into details.

Rodríguez and Milanés had a confrontation in the 1980s for reasons that were not made public and since then they have hardly spoken, despite maintaining mutual respect.

Rodríguez even summoned a daughter of Milanés, Haydée, to collaborate on one of his records.

In recent years, he has divided most of his time between Cuba, Spain and Mexico.

His health deteriorated over time, sometimes he was seen to limp, walk slowly and perform his concerts sitting down with the help of a cane. He underwent several surgeries.

Milanés won numerous Cuban awards, such as the Alejo Carpentier medal in 1982 and the National Music Award in 2005, and the Haydée Santamaría medal in 2007 from Casa de las Américas for his contributions to Latin American culture.

She is survived by her children, Lynn and Lyan, Haydée and Antonio.