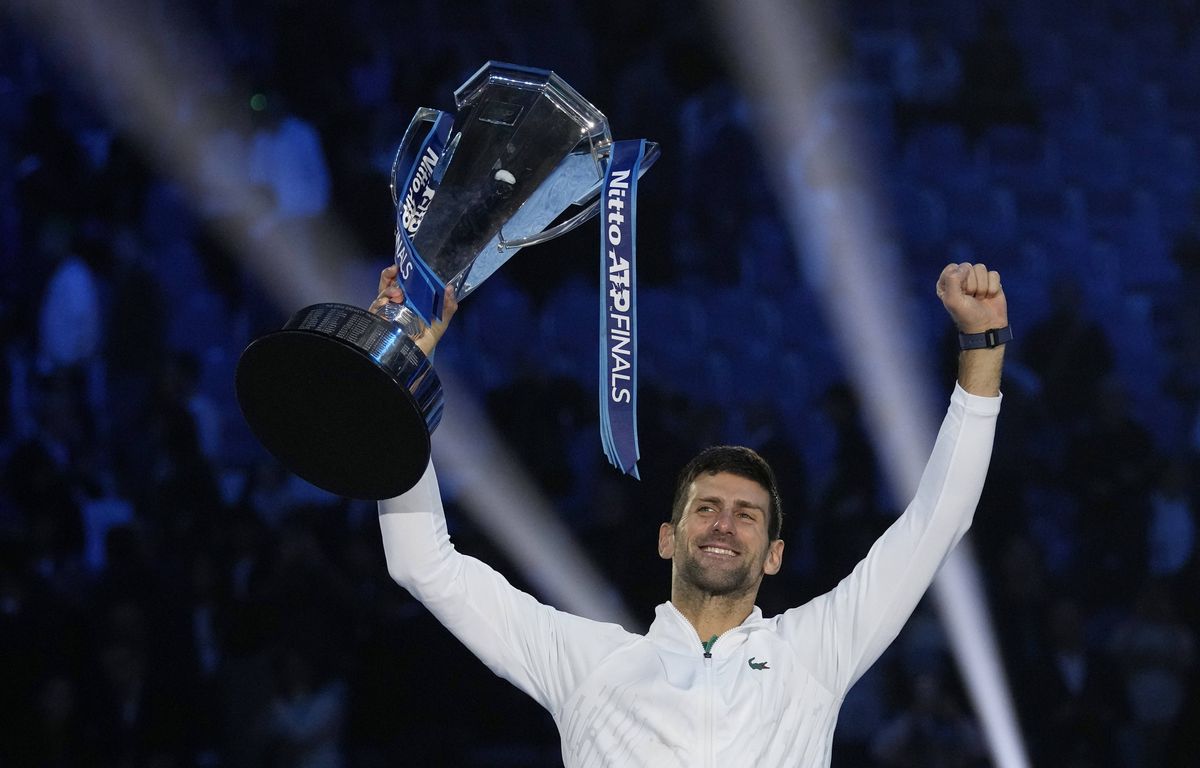 By winning his second major title of the year after Wimbledon, Novak Djokovic perfectly ends a season truncated by his refusal of the vaccine against Covid-19. The 35-year-old Serb won the Masters for the sixth time by beating Casper Ruud 7-5, 6-3 on Sunday in Turin.

It took him seven years, since his last victory at the Masters in 2015, to equal Federer’s record of titles in this tournament bringing together the eight best players of the season. Ranked 8th at ATP, the ex-N.1 will rise to 5th place on Monday. Djokovic is also the oldest player to win the Masters.

For his part, Ruud lost his third grand final of the year, after Roland-Garros and the US Open. But at 23, 2022 will remain the best season of his career so far as he reached 2nd place in the ATP after Flushing Meadows and will be 3rd on Monday.

Djokovic started the match well by getting two break points on his opponent’s first serve. But the Norwegian held and at 2-1, the Serb ostensibly began to wince, raising fears of a new physical slump, as he had experienced in his two previous games against Medvedev and Fritz.

An ace to close the game

Impeccable on his serve (not a single break point conceded in the match), Djokovic gradually regained his physique, his game and his clear and voluntary gaze: he obtained a new break point at 4-3, but did not failed to achieve it. As often, however, he managed to raise his level of play on the important points and when he created a first set point on Ruud’s serve, it was the Norwegian who broke down in the exchange and left the Djoker win the first round.

Djokovic then took control of the match: he scored the first break of the game to lead 3-1 in the second set, playing increasingly superior tennis to Ruud’s. Quietly, the Serb came to serve for the match at 5-3 and concluded with an ace.