The hours will change tomorrow in the banks of the province of Buenos Aires: when will they serve customers 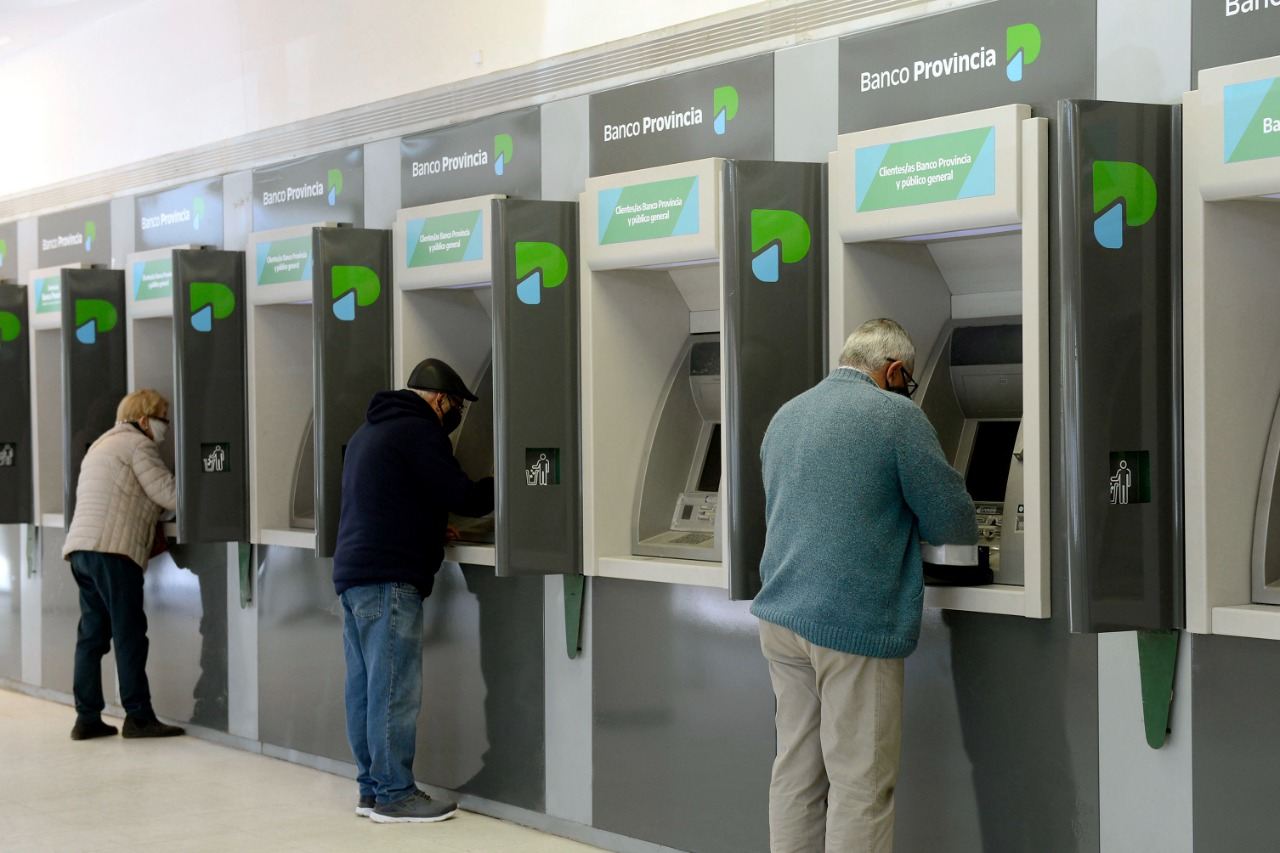 The banking entities located in La Plata, Berisso and Ensenada and other districts of the province of Buenos Aires will change their hours of attention to the public during the season of highest temperatures and from this Tuesday, November 22, they will open their doors between 8 a.m. and 1 p.m., two hours earlier than usual.

Customs redoubles control of companies that do not settle their currencies: there will be more suspensions from the exporter registry

The organization led by Guillermo Michel issued an instruction to monitor the companies it accuses of operating to remove foreign currency from the country without assets or employees and take advantage of the high exchange rate gap.

The decision was made known this weekend through a resolution published in the Official Gazette of the province of Buenos Aires, which establishes the change that will be applied in the entities during the next four months.

According to the norm applied by provincial decree 1085/2020, the measure will be in force from today (although it will be applied from tomorrow for the “bridge” holiday in commemoration of National Sovereignty Day). until Friday, March 31, 2023which means that on Monday, April 3 of that year, it will return to the normal schedule of 10 a.m. to 3 p.m. for customer service.

For the first time in November, the Central Bank was able to buy dollars on the market

Although it was only USD 5 million, the BCRA managed to break a streak of 13 consecutive exchange rounds with negative results in its intervention

“The staff will fulfill their working hours from Monday to Friday from 7:45 a.m. to 3:15 p.m., and the hours between 8 a.m. and 1 p.m. must be designated as public service hours.”upholds the regulations.

The decision, as indicated in the fundamentals, is given after an express request made by the Banking Associationand seeks to prevent clients of financial institutions from being exposed to high summer temperatures.

Vidal ratified his support for Ritondo’s candidacy: “In the province of Buenos Aires, reality hurts”

The deputy closed, with the pre-candidate for Buenos Aires governor of the PRO, two days in Pinamar in which the technical teams of Ritondismo debated. There were filmed messages from Mauricio Macri and Patricia Bullrich

Resolution 987 also includes an annex listing all the municipalities that will be affected by it, including La Plata, Berisso, Ensenada, Bolívar, Azul, Bragado, 25 de Mayo, Balcarce, Chivilcoy, General Alvarado. , among others; although those who are not covered by the new provision may request it through the mayors.

The decree of the administration of Axel Kicillof stated that “the National Executive Power, through Decree No. 2289/76, modified by Decree No. 262/86, established that the staff of financial institutions, included in Law No. 21,526 and amendments, will fulfill their workday on days Monday to Friday between 9.45 and 17.15, allocating to public attention the hours between 10 and 15″.

“In accordance with the aforementioned norm, the provincial governments may provide, when local needs make it essential, the implementation of occupation schedules for staff and for customer service other than those set, provided that the seven-hour working day is maintained. and a half for the staff and the period of five hours for the attention of the public”, he added.

Markets: Argentine shares fall to 5% on Wall Street
What are the highest paid World Cup players in Qatar and where does Messi rank in the ranking?
Strong rise in Disney shares after the announcement of the return of Bob Iger to lead the company
Disney fired its CEO and announced that it will bring back Bob Iger to lead the company
Bitcoin falls 3% and remains at its lowest values ​​in 2022