Sarah Fraisou gets involved and not even afraid!

On November 15, Vincent Millet, former companion of Ayem Nour, shared a disturbing message on the Web. Through it, the businessman accused the columnist of having kidnapped their son. ” Monday morning after dropping my son off at American school, his mother Ayem Nour in complicity with his mother FARIDA took him away from school without my consent and until the time I speak to you we have no news from Ayvin, a complaint has been filed with the Moroccan authorities. My son is on Moroccan soil, but I don’t know where… Anyone who can see or locate him, please let me know “, he wrote under a photo of the young boy.

Angry, the former BFF of Nabilla gave her version of the facts in TPMP. ” My relationship with my ex-husband is chaotic, full of blackmail, threats, dictatorship, psychological harassment. It’s been going on for years and I’m trying to keep a smile on my face to look good publicly “said the pretty brunette in voice messages sent to Cyril Hanouna. ” I’m exhausted, I haven’t slept for four days, spending my life in courts and police stations. There is no child abduction since I have custody. There, this morning, I discovered that he also filed a complaint so that I could not leave Moroccan territory. “, she added before seizing, in turn, her social networks in order to settle accounts with her ex. ” 5 children, including a youngest… and the only one he posts on the networks is Ayvin. Why ? To reach me! If that’s not harassment, meanness, intimidation, a way to destabilize me, and hurt us, then I don’t know what is… »

Faced with this situation, Ayem Nour was able to count on the support of many Internet users. On the Web, Sarah Fraisou also wished to react. ” Strength to success. Ayem Nour an exemplary mother, a strong woman #neversanssonson “launched the reality TV candidate on Instagram. A message that the main concerned should appreciate. 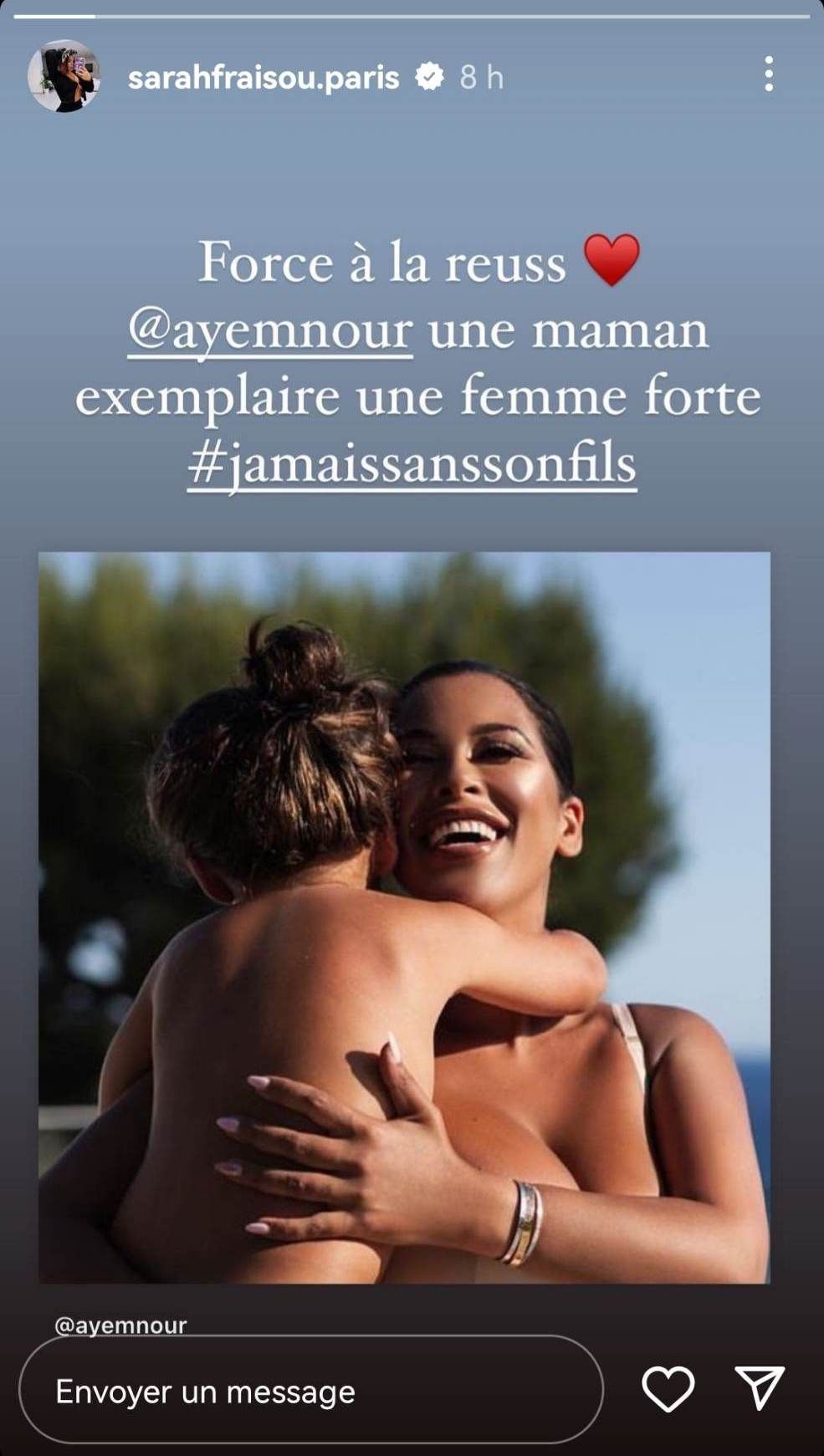