Sky Cinema brings cinema to your home – With package Sky Cinema you can choose all your favorite movies and genres and discover new ones, also available on demand. Over 200 first releases a year, the best of Italian and international cinema, over 20 Sky Original films a year, over 1500 catalog titles of all genres and for the whole family, dedicated channels for all tastes, films also available online demand, the great sagas and themed collections. And more Paramount+ (worth 7.99 Euros/month) it is included in the Sky Cinema package at no extra cost with a mountain of entertainment, great films, original and exclusive series and lots of animation.

ON THE AIR TODAY WITH THE SKY CINEMA PACKAGE 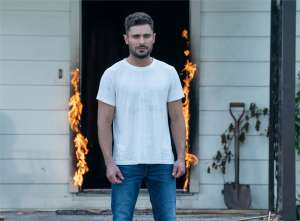 Firestarters
Zac Efron in the fantasy-thriller Blumhouse based on the novel by Stephen King. An 11-year-old girl, capable of igniting fires with the power of emotions, must flee from the government and from a killer.
(SKY CINEMA UNO HD at 21.15/channel 301 and SKY CINEMA 4K at 21.15/channel 313)

The Danish Girl
Oscar to Alicia Vikander, with Eddie Redmayne in the biopic on the transgender painter Einar Weneger, who discovered his gender identity in the 1920s and began his transformation into a woman.
(SKY CINEMA DUE HD at 21.15/channel 302)

Ghosthunters – The Ghostbusters
Ghost hunting in a fantastic comedy. Tom befriends the ghost Hugo and enlists the help of a paranormal expert to help him return to his haunted house.
(SKY CINEMA FAMILY HD at 21.00/channel 304)

Special forces – Free the hostage
In Afghanistan for an action with Diane Kruger. A French journalist is kidnapped and sentenced to death by the Taliban. A special forces commando scours the country to find her.
(SKY CINEMA ACTION HD at 21.00/channel 305)

Together by force
Romantic comedy with Drew Barrymore and Adam Sandler. After a disastrous blind date, single parents Jim and Lauren find themselves in South Africa at the same resort.
(SKY CINEMA ROMANCE HD at 21.00/channel 307)

The hidden child
Roberto Ando’ adapts his novel of the same name into a film with Silvio Orlando. Naples: little Ciro, pursued by the Camorra, sneaks into the house of a meek music professor.
(SKY CINEMA DRAMA HD at 21.00/channel 308)

I’m not a killer
Riccardo Scamarcio, Alessio Boni and Edoardo Pesce in a thriller based on the novel by Francesco Caringella. An assistant commissioner is accused of the murder of a judge with whom he was a close friend.
(SKY CINEMA UNO +24 HD at 21.15/channel 310)

Everything went fine
Francois Ozon directs Sophie Marceau in a touching film on the theme of euthanasia. An elderly man who has suffered a stroke asks his daughter to help him end his life.
(SKY CINEMA DUE +24 HD at 21.15/channel 311)