“Penetration should not be the purpose of sex”, according to Sainte Paluche 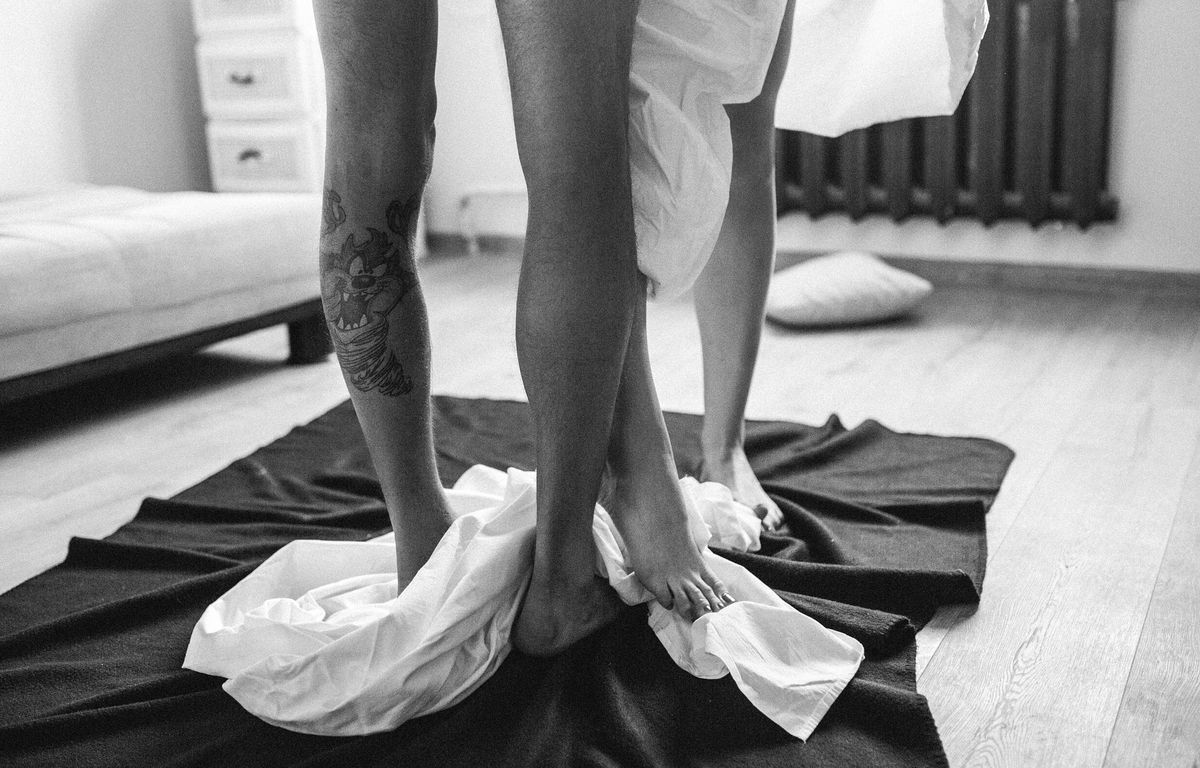 An anthropological work that Sainte Paluche wanted to deepen in I strip therefore I am *a book in which he intends to deconstruct the relationship to sex conditioned by patriarchy, tackle toxic virility and deliver “the keys to a fulfilling, benevolent and less phalloccentric sexuality”.

“I’m hard therefore I am”, the title of your book speaks for itself. For you, the majority of men define themselves with their whole being by virile masculinity and sexuality?

Yes. In any case, this is the schema in which the majority of men construct themselves, so I wanted to talk about male sexuality, how the cult of performance, toxic virility and the gaze of other men influence their being, their daily reactions and their sexual life. Many people say that men think with their penis, and for many, it’s true!

Many men are driven, even dominated by the cult of performance, obsessed with the size of their penis, their endurance during coitus, the number of partners during their sex life, but it goes much further. The cult of performance is also their relationship to other men, the way they apprehend their virility in comparison with them. A form of pressure that will be expressed beyond the sexual sphere. If the women, among themselves, often speak quite freely about their sexuality, the guys will never confide in their friends about a complex about the size of their penis or their suffering from being a premature ejaculator.

After the awareness, how in practice to deconstruct these patterns of toxic masculinity and phalloccentric sexuality?

At first, I was disgusted, felt stupid and ruminated a lot. Then I began a reflection, read, spoke, and listened to my partners. If you don’t know how to go about it, all you have to do is ask. “Care me like this instead. Stay here instead.” Dialogue works wonders.

One day, while I had “finished” my coitus, my partner at the time, very benevolent, said to me “you don’t want to continue and take care of me? Because I haven’t finished. For many guys, there are foreplay and the purpose of the sexual act is penetration, which ultimately comes to disconnect him from the rest and from the other. I remember being shocked but in the end, a new world opened up. From there, I practiced non-penetrative sex a lot, observed reactions, explored all sources of pleasure, to re-educate myself in sexuality, and find mutual fulfillment.

Penetration should not be the end, and by “disconnecting” our penis, testing everything else – tenderness, oral sex, prostate pleasure – we open up to something else, we reprogram our software to get out of the heteronormative sexuality.

You also insist on your desire to bring down an entire phallocentric and heteronormative patriarchal system. What are the other aspects of this system which affect sexuality and which, in your opinion, must be deconstructed?

But this is only the beginning: he must also learn to invest himself on other levels, in particular by taking his share of the mental load, integrating that it is natural to take care of the house, the children and shopping. It is this whole journey that will make him a better person, more open-minded, more attentive, more tolerant and benevolent, and in bed, the virtuous circle will continue. It is by becoming generous, feminist and attentive to the other that he will be loved and ultimately, loved himself.

Finally, all these mechanisms also and above all reflect a great lack of sex education, don’t they?

* “I have a hard-on therefore I am. Introspection of a male conditioned by the patriarchy”, by Mr. Sainte Paluche, illustrated by Marie Casaÿs, Editions Kiwi, in bookstores since November 10, 19 euros.