Lucía Celasco like her grandmother, Susana Gimenez, He was always aware of the world fashion trends. For this reason, over time, she became a great fashion influencer.

And this time, it coincided with Antonela Roccuzzo, another undisputed beauty and glam icon. A few days ago, the wife of Lionel Messi, He showed on his networks that his manicurist had gone to his house to do his hands and paint his nails in light blue and white. Apparently, she was not the only one who was inclined to this World Cup fashion. 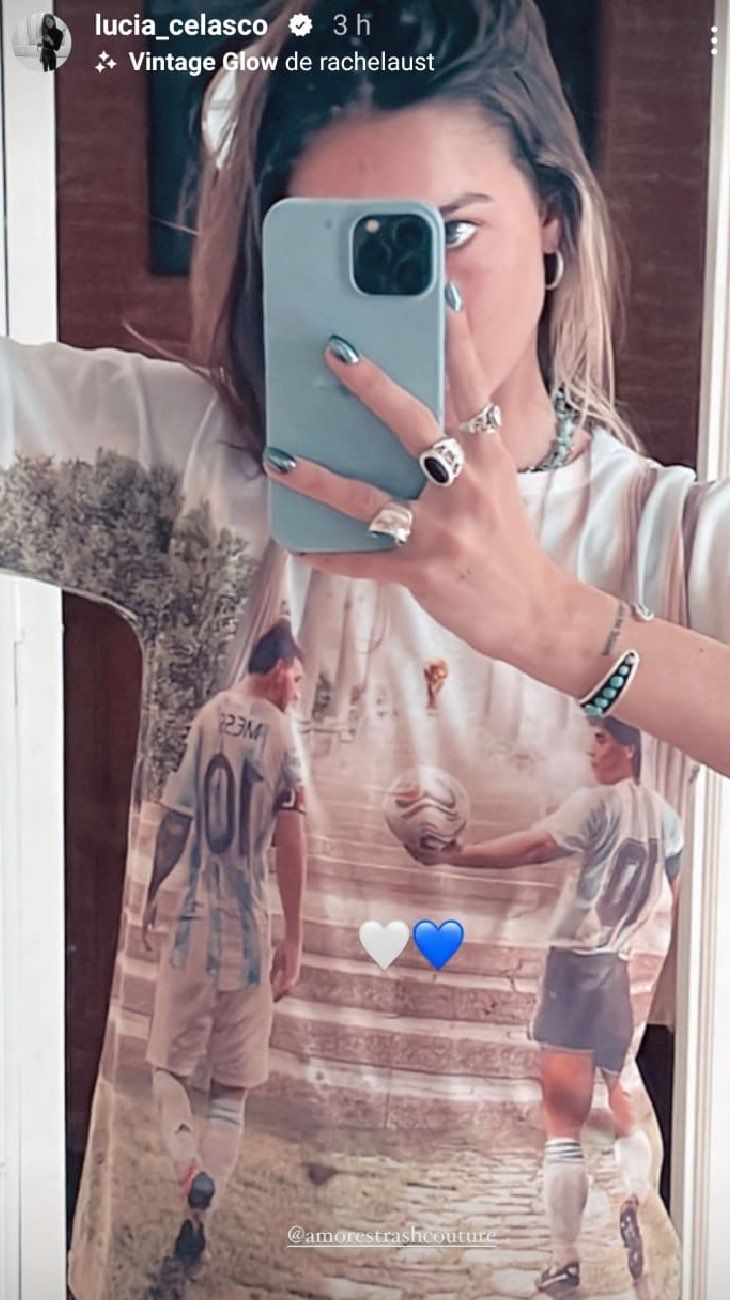 This weekend, Lucia Celasco He published a photo on his networks where he is seen wearing a shirt printed with a very special photo. Diego Maradona giving a ball to Lionel Messi, both with national team shirts. In the middle of the image, she left a white heart and a blue one. And, to complete the World Cup look, The influencer painted her nails light blue, the fashionista trend of Argentines, led by Antonela Roccuzzo.

This Saturday, Susana Giménez’s granddaughter got on a plane with her grandmother, her mother, her brother and his girlfriend, heading to Qatar.

Lucía Celasco turned on the networks with a heart-stopping look

In January, Lucía Celasco published a photo where she could be seen lying on an armchair with a black corset with underwire, lace and brooches on the front. She can barely see that she is wearing black tights, completing the monochrome outfit. Looking at the camera, with well-defined eyes and maxi rings in her ears, the model made all her followers melt.

One of the latest trends in Europe is to use lingerie as a garment. And that’s exactly what the brunette did. That same outfit is the one she used for attend a New Year’s Eve party with friends and completed her look with a neon pink color for her nails. the protagonist of “Fifty Shades of Grey” dakota johnson and the international top model Bella Hadid are two referents of this style for which he leaned Lucia Celasco.

In the middle of the 2020 quarantine, the 27-year-old had already given rise to talk for a played change of look, imposed in the 90’s by Geri Halliwell during his time with the Spice Girls: a lock of pink hair. Although the decision did not last long, since in September he decided to leave that style behind and opted harmonize the area with the tonality of her hair. Completely renovated and premiering that change, the goddess It was all the rage in the world of social media, once again.