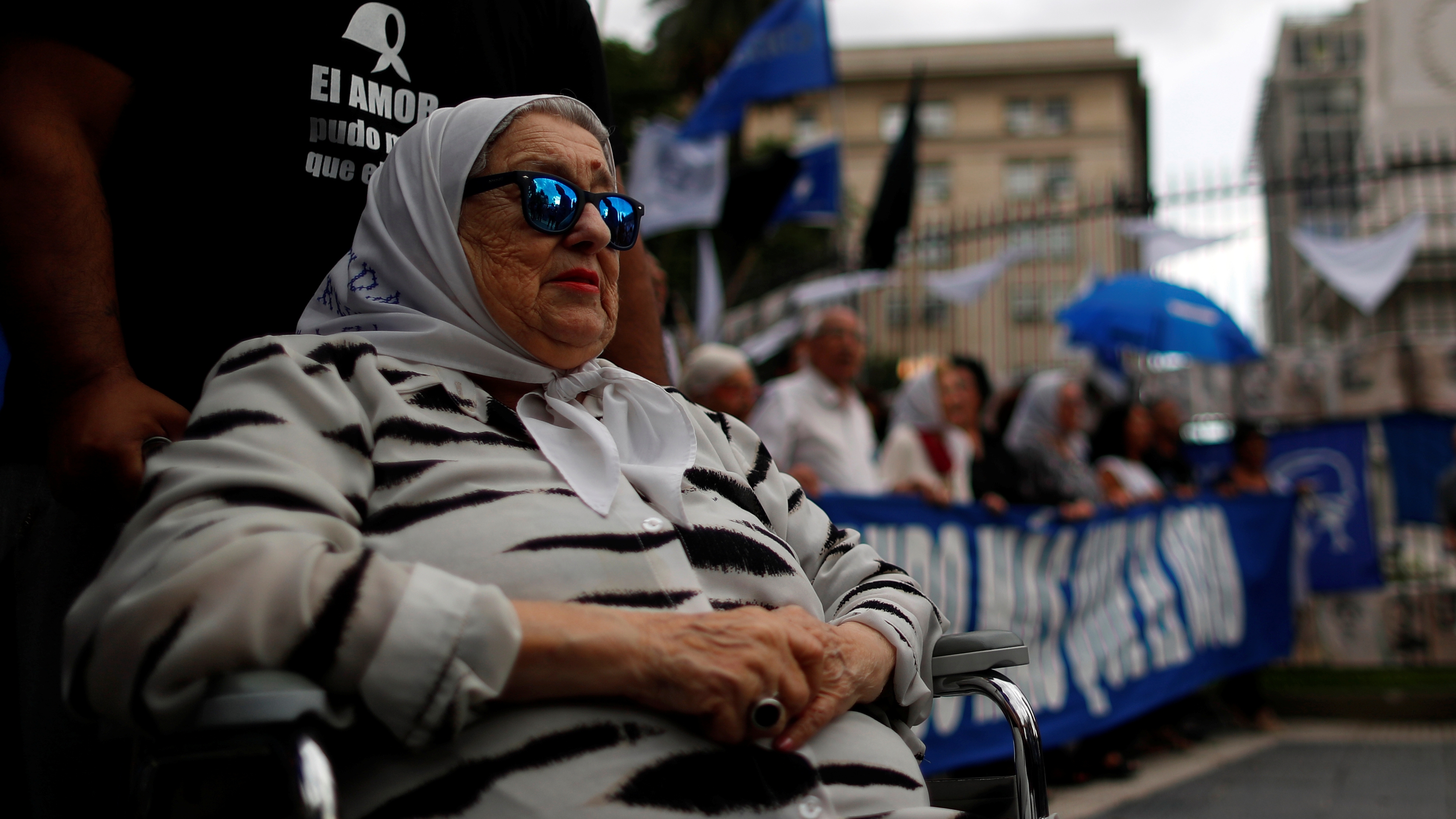 “Dearest Hebe, Mother of Plaza de Mayo, world symbol of the fight for Human Rights, pride of Argentina. God called you on the day of National Sovereignty… it should not be a coincidence. Simply thank you and see you always”. With that message, published on his social networks, Cristina Kirchner fired Hebe de Bonafiniwho died today at the age of 93.

The historic president of the Mothers of the Plaza de Mayo had been discharged on October 13, after having been hospitalized for three days at the Italian Hospital in the city of La Plata for medical check-ups.

It may interest you: Hebe de Bonafini: from the courage with which she faced the dictatorship to the nonsense and violence of the end

In recent months, when federal prosecutor Diego Luciani requested 12 years in prison for Cristina Kirchner and perpetual disqualification from holding public office in the case of public works tenders in Santa Cruz during his administration, the president of Madres de Plaza de May, Hebe de Bonafini, called for a “pueblada” to defend the vice president. 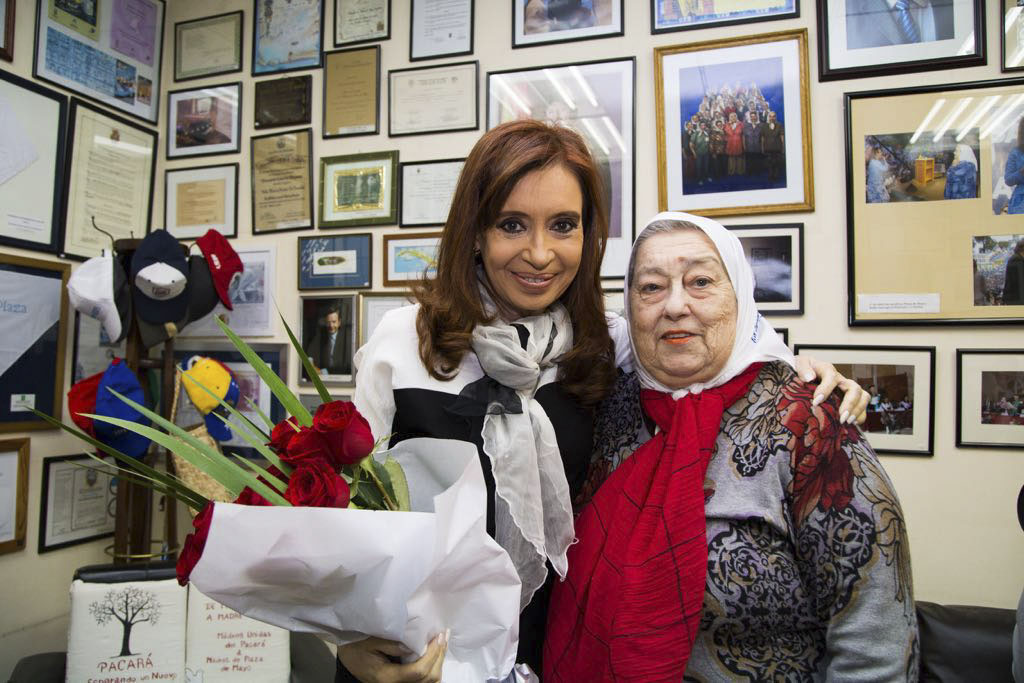 “We cannot allow Cristina to be sentenced or go to jail. You have to make a town, it’s the only thing that’s going to save you. You have to defend it with everything. We are justice, ”she said on that occasion. “If we love her so much and ask her so much, with the same fervor that we ask of her, we must defend her.”

After the incidents that occurred between the City Police and militants who gathered at the door of the vice president’s apartment in the following days, the Human Rights reference came out again in her defense.

“We have a whole month of battle, we are all Cristina. Some say ‘everyone with Cristina’ because they want her to run again (as a candidate for president). What I want is for her to be saved from prison, from sentencing, which seems to me to be a terrible, frightening thing, ”she added. “Afterwards, whether or not she shows up is her thing, it wouldn’t occur to me to tell her what she has to do because she knows it, and very well.”

And he continued: “If we work hard on the street, we will beat them by far. The street must be worked on and maintained, it cannot be abandoned. You have to do marches in the squares and in all places, something that people are warm, because the fires go out and you have to try to keep them always lit so that when you do a big act, it has the size you want”. 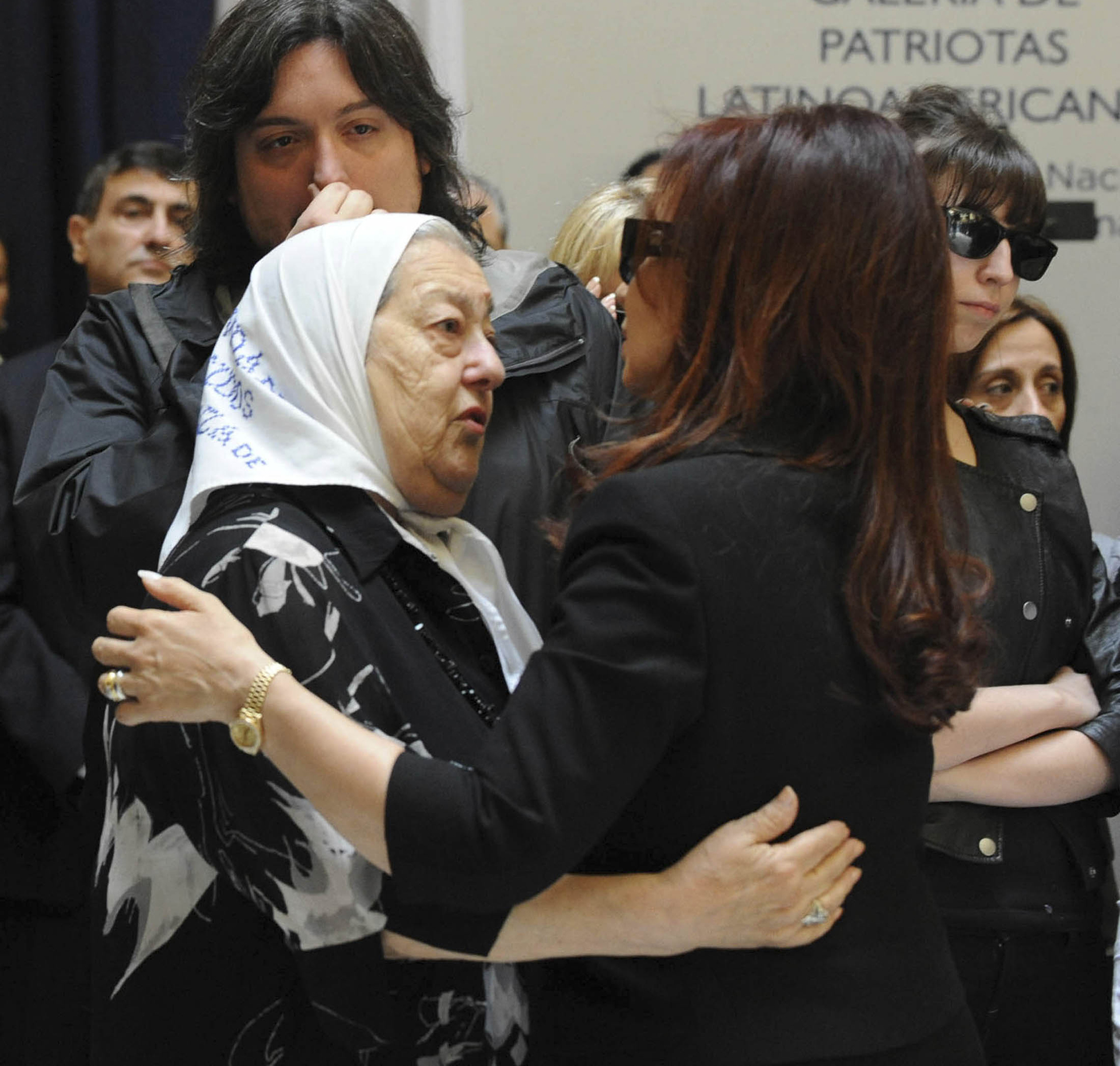 In May of this year, at the height of the internship between the hard Kirchenrismo and the leaders who respond to Alberto Fernández for the economic plan, Bonafini harshly criticized the then Minister of Economy, Martín Guzmán.

“He’s cheeky, he’s the son of a good mother… Honestly, sometimes I want to have him around to beat him up,” he said during an activity for the 45th anniversary of the first march of the Mothers of Plaza de May. “I swear, it makes me want to hit that stony face that he has when he talks, it seems that he is telling us that we are doing well, when he tightens the rope more and more … he is cheeky” .

At the beginning of his speech, a few minutes before that furious definition, Hebe had pointed out that the country today has “this Minister of Economy who looks like a minister of the Yankees“, because “It is not known what the hell he does traveling, coming and going, it is not known what he fixes”.

“The President (Alberto Fernández) lies to us and he, they both lie to us. They are putting the rope around our necks, everything will increase and we will not have a salary to live. We are doing badly, we are doing badly, ”she summarized.

Also at that time he took the opportunity to highlight the figure of Cristina Kirchner. “Luckily we have this President who We love you President forever, for lifeour dear Cristina who, whatever it is, will always be President in our hearts. He is brilliant at what he does and gives us a lot of hope.”.

Today the vice president was the one who gave the official confirmation of his death through his social networks.