Yanis Marshall deemed “too embarrassing”, his jokes to Aya nakamura, Amel Bent and Angèle who are “a flop”!

It was Camille Combal who officiated exceptionally as master of ceremonies this year at the “NRJ Music Awards”. Nikos Aliagas having been injured during the last bonus of the “Star Academy”. A mission that he took up without fail with many celebrities, French and international, invited for the occasion. But on the stage of the Palais des Festivals, some presenters have seen fit to also play the stars… This is frankly the case of Yanis Marshall, the choreographer coach of the star-academicians, who, true to his reputation as a flamboyant eccentric, n Didn’t hesitate to show up in a huge improbable outfit… Let’s move on. The worst is yet to come ! 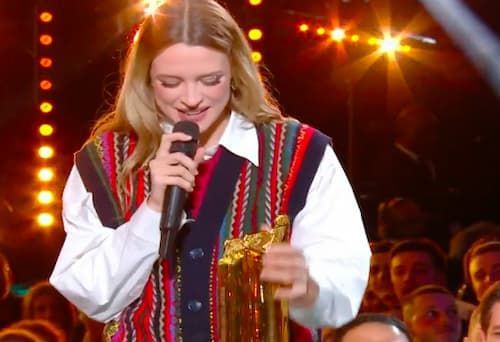 Coming to give the prize for “French-speaking female artist of the year”, he couldn’t help but play the teacher in front of an audience of celebrities! In the list of contenders, Aya Nakamura, Amel Bent, Angèle, Camélia Jordana, Clara Luciani, Juliette Armanet and Izïa. And to offer them his “evaluations of the week” which have truly embarrassed the singers and many Internet users! “Yanis is embarrassing with his humor!”, “Who invited Yanis??? PTDR it’s embarrassing !!”, “Yanis on the other hand, I adore you, but you were embarrassing phew!”, “Yanis… very embarrassing! Already I was not a fan, but this is the coup de grace!”… the term “embarrassing” coming up repeatedly on many tweets!

A moment fortunately interrupted by the announcement of the victory of Angèle who thanked the public and Brussels and above all affirmed the “Girl Power”: “Girls, we are always fucking the game!” While Yanis, he visibly screwed up the atmosphere…