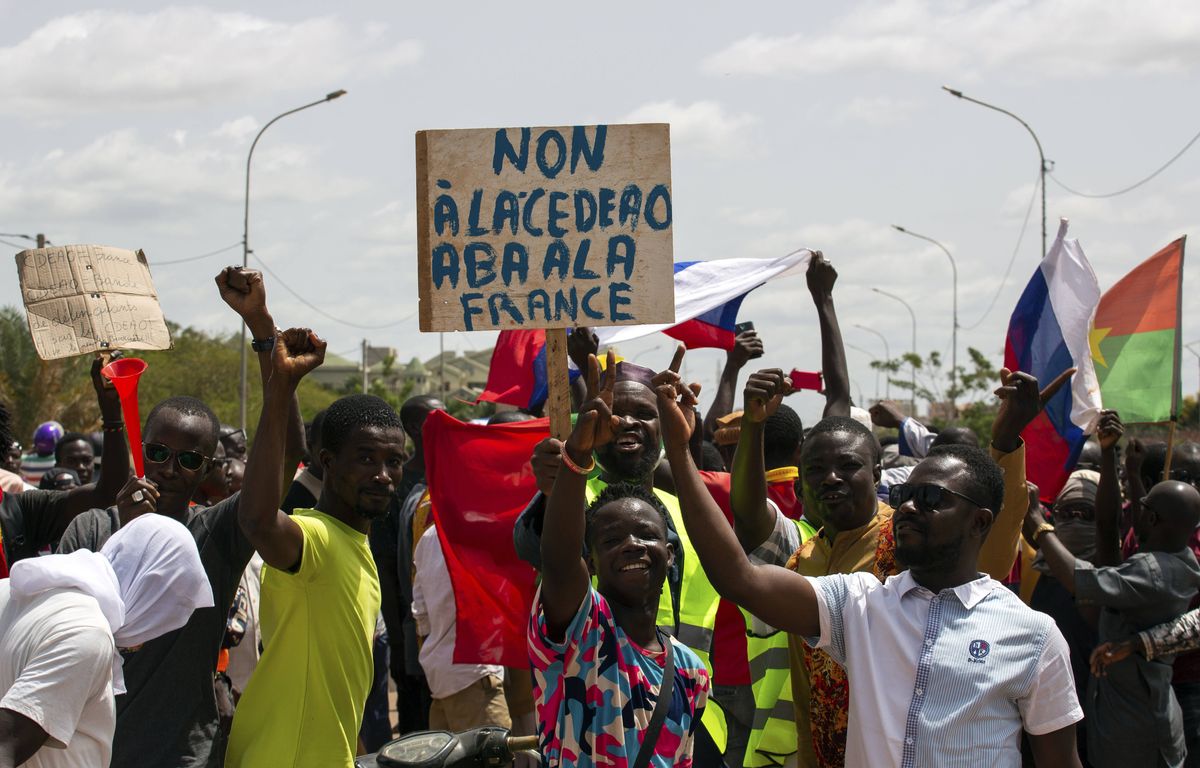 The government of Burkina Faso on Saturday called on the population “calm and restraint”, the day after a demonstration against the presence of France in this Sahelian country undermined for several years by jihadist violence.

“The government calls on the populations to calm and exercise restraint, at the risk of plunging our country into a cycle of endless demonstrations, detrimental to our objectives of peace, stability and security, sought for our populations”, indicates a press release from the government spokesman, Jean-Emmanuel Ouédraogo.

“He invites the youth in particular not to be diverted, and to focus on the objectives of operational defense in the total war that we are waging against terrorism (…) rather than on manifestations of the kind, whose benefits for the cause of the struggle of our people remain to be proven”, continues this text.

On Friday, the Burkinabè security forces dispersed a demonstration in Ouagadougou against the presence of France in Burkina Faso. These demonstrations, which mainly targeted the French embassy in Ouagadougou, also extended to the French military base in Kamboinsin, on the outskirts of the capital, where a contingent of special forces from the Saber force is stationed.

On Saturday, the Burkinabe government assured that it “will not derogate from the rules and principles of protection due to diplomats and diplomatic representations present on Burkinabe soil”.

First demonstrations at the end of October

On October 28, several hundred people had already demonstrated to demand the “departure within 72 hours” from France to Burkina Faso. French interests in Burkina, including the embassy and two French Institutes, were attacked by demonstrators during the September 30 coup that brought to power a young 34-year-old captain, Ibrahim Traoré, invested since president of the transition.

A rapprochement with Russia not excluded?

In Burkina, the ruling junta has not closed the door to a rapprochement with Russia but has shown no hostility to France, which continues to support the Burkinabè army in its anti-jihadist fight. On Saturday, in his general policy statement, Prime Minister Apollinaire Kyélem de Tembela, however, considered that “some partners have not always been loyal”, without citing countries.

“How can we understand that terrorism has plagued our country since 2015, in indifference, if not with the complicity of some of our so-called partners? he wondered. “We will try, as much as possible, to diversify our partnership relations until we find the right formula for the interests of Burkina Faso,” he continued.

Regular attacks by armed groups affiliated with Al-Qaeda and the Islamic State (IS) group have killed thousands and displaced some two million people since 2015.