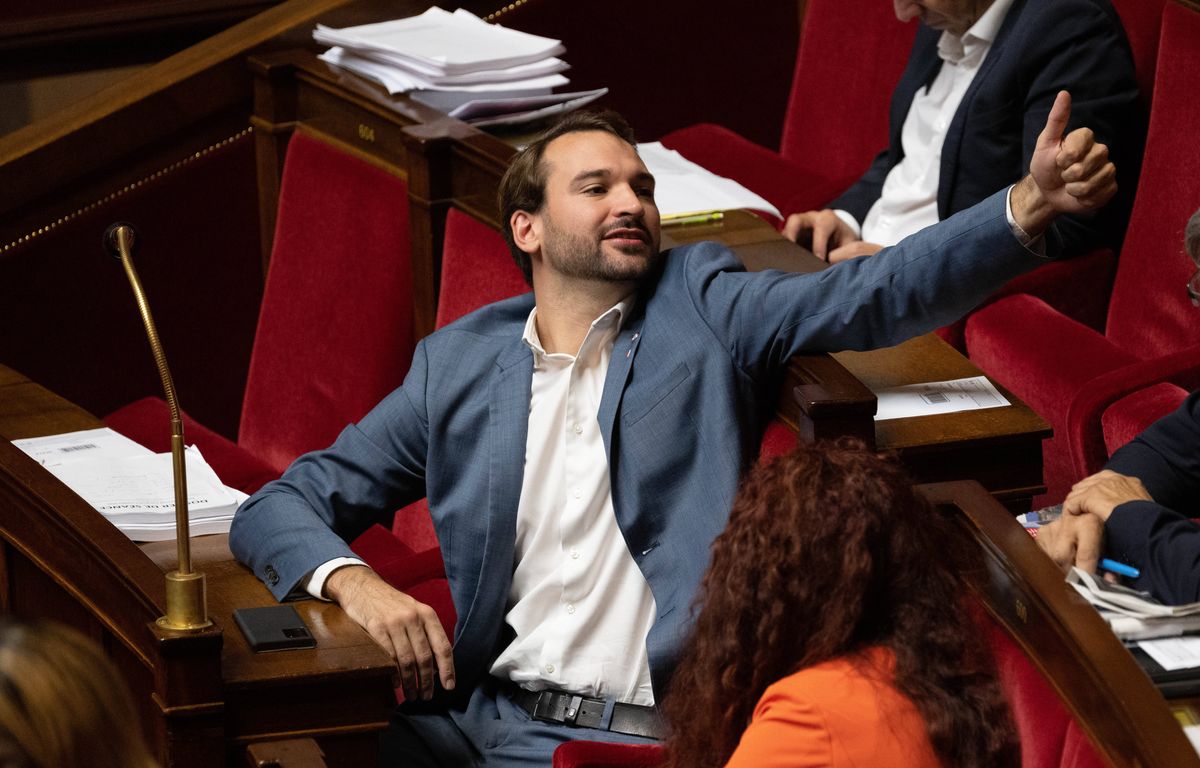 It is for him an “exercise of popular education, civic education”. LFI deputy Ugo Bernalicis regularly organizes “lives” on the Twitch platform from the benches of the National Assembly. “This allows people to take an interest in what is happening in the Assembly, to have live explanations and to feel part of the debates”, he argues.

The deputy from the North thus exchanges live from the hemicycle with his approximately 8,400 subscribers on his “DepuTwitch” account, where he relays the video stream of the National Assembly, which he comments on.

A live chat with its subscribers

He relaunched his “stream” on Friday at the end of the afternoon, during the debates on the orientation and programming bill of the Ministry of the Interior (Lopmi), without triggering his webcam, contenting himself with chatting with its subscribers. The President of the National Assembly then asked him to immediately stop his live.

“I have been told several times that you were doing a live Twitch live from the hemicycle, vice-presidents reminded you that it was contrary to the general instruction of the Bureau in its article 9”, he told the President of the Assembly Yaël Braun-Pivet (Renaissance). “I will ask you (…) to stop immediately otherwise I will really be forced to issue a call to order”, she continued.

Claiming “proof” that his initiative was contrary to the rules, the rebellious deputy did not close his “live” after this exchange. “Under article 9 (…) it is forbidden to telephone inside the hemicycle, which I do not do”, retorted Ugo Bernalicis. “I believe that in our country what is not prohibited is authorized, it still remains the general framework. »

One of the most watched channels on Twitch

During lively debates on Wednesday, the deputy of rebellious France had already been called to order by Vice-President Valérie Rabault (PS), after complaints from majority deputies. In addition to Ugo Bernalicis, his colleague Insoumis Antoine Léaument, also active on Twitch, had also been arrested on Wednesday by the Renaissance deputy Florent Boudié, who had thanked him ironically for having “given him the opportunity” to access “for the first time of (his) life” to Twitch.

Regarding the ban on communicating with the outside, “it means that no one can tweet anymore”, argued Ugo Bernalicis. “The only other colleagues you can see are those behind me, which can technically be resolved if that’s the problem,” he said. According to him, the rules need to be clarified, he plans to continue his “live” without a webcam, contenting himself with written comments.

The deputy from the North embarked on the exercise on the occasion of the law on global security in 2020, before following in particular the debates on the vaccination pass in January 2022 and now the Lopmi law on the means of the police. worn by Gérald Darmanin. It is now one of the most watched channels on Twitch, even if the audiences remain modest.