Martina’s response to the kisses of Nacho and La Tora 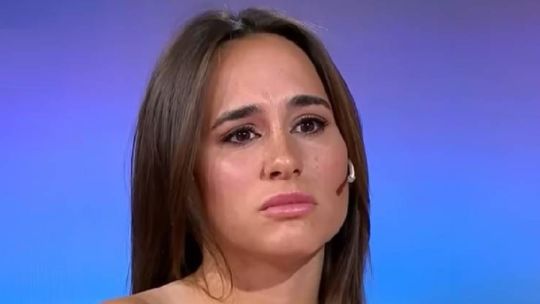 Leaving “the House” although it implies that the game is over, the participation continues from another role, at least Martina Usher he observes, analyzes, criticizes, gives his opinion and even campaigns to eliminate the colleagues with whom he had a lower degree of affinity.

The brunette could not hide her when she saw Nacho to kisses with another member of the house.

As in any context of confinement, emotions are heightened and the participants of Big Brother get to know each other more and more. In turn, trust increases and also mistrust and moments of intimacy and closeness begin to increase, they are also a way of coping with isolation. Thus the conditions were given for ignacio bridge Y Lucila Villar start kissing generating speculation as to whether or not it is love.

The situation caused the production of Big Brother to create a compilation with the kisses and moments of closeness between Nacho and Tora, audiovisual material that Martina had to see live during the debate.

It was Santiago del Morothe one in charge of interrogating Martina. “What happened to you with what you saw?” Asked the driver to whom he had made it very clear inside the House that he liked nacho.

Thomas Holder He also does not believe in this new romance and said: “I don’t believe in this couple and I think Nacho has dropped a lot because before he was with Martina and now with Lucila, it’s not that way.”

Blackberry, who was also participating in the Big Brother debate defended Martina who, like her, is eliminated.