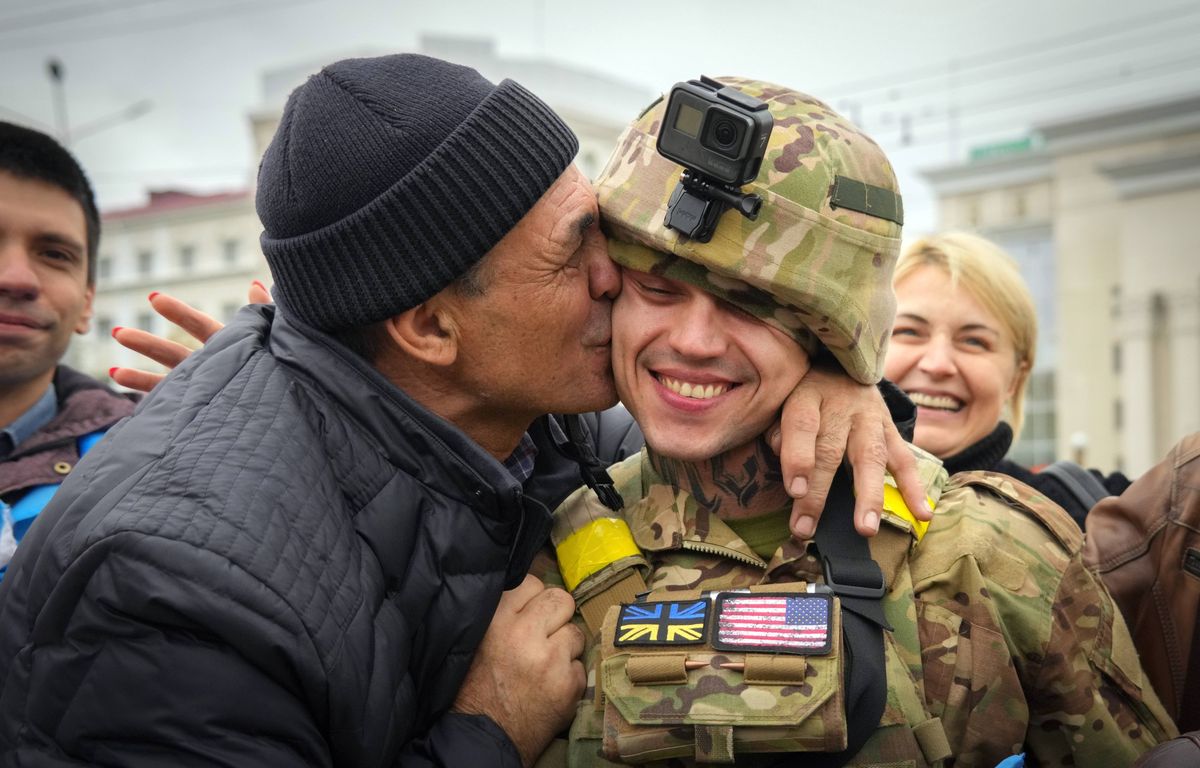 Did you miss the latest events on the war in Ukraine? Do not panic, 20 minutes takes stock for you every evening at 7:30 p.m. Who did what ? Who said what? Where are we ? The answer below:

The Ukrainian national railway company announced on Friday the reopening of the train line between the capital kyiv and Kherson. “Today we are launching our first train from Kyiv to Kherson,” said Natalia Tourchak, a spokeswoman for Ukrzaliznytsia. The trip is scheduled “at 8:14 p.m. from the capital, and will arrive tomorrow around 7 a.m. in Kherson, local official Serguiï Khlan said on Facebook. About 200 passengers (…) will travel on board the train whose carriages have been painted by Ukrainian artists. »

The reopening of the line is however symbolic at this stage, as tickets to buy seats for the next few days are not yet available. “At the moment, it’s only one train. We will then see if it becomes a regular line” of the Ukrainian railway network, said Natalia Tourchak.

We also know how to cut bread in half. »

These are the words, a bit mocking, of Alexander Lukashenko. The President of Belarus mocked Friday the departure of the American fast food group McDonald’s from his country. From November 22, the McDonalds of Belarus will operate under the name of Vkousno i Totchka (Delicious. Point), the Russian chain which has taken over the restaurants of the American group in Russia. No explanation was given.

10. It is in millions the number of Ukrainians who are deprived of electricity this Friday, the day after new Russian strikes in several cities, including kyiv. These strikes occurred during the first snowfall, when the mercury could drop to -10°C in the coming days.

The trend of the day

Russia announced on Friday that it was carrying out fortification work in the annexed Crimean peninsula, after the withdrawal of its soldiers to the neighboring Ukrainian region of Kherson in the face of a counter-offensive from kyiv.

“Fortification works are being carried out under my control on the territory of Crimea in order to guarantee the safety of the Crimeans”, declared Sergei Aksionov, the governor installed by Moscow after the annexation of this Ukrainian peninsula in 2014. He however underlined that the security of Crimea passed “mainly through measures to be implemented on the territory of the Kherson region”, which adjoins the peninsula, in the south of Ukraine.

This announcement comes as Russian forces made a humiliating retreat in this region last week, after failing to contain a counterattack by Ukrainian soldiers, armed by the West. The withdrawal of the Russian soldiers, who notably abandoned the regional capital bearing the same name, allowed the forces of kyiv to bring their guns closer to Crimea, which has been targeted several times in recent months.

As a reminder, since its annexation in 2014, Moscow considers that Crimea is part of its territory, which is not recognized by the international community. kyiv has repeated several times in recent months wanting to retake the peninsula.