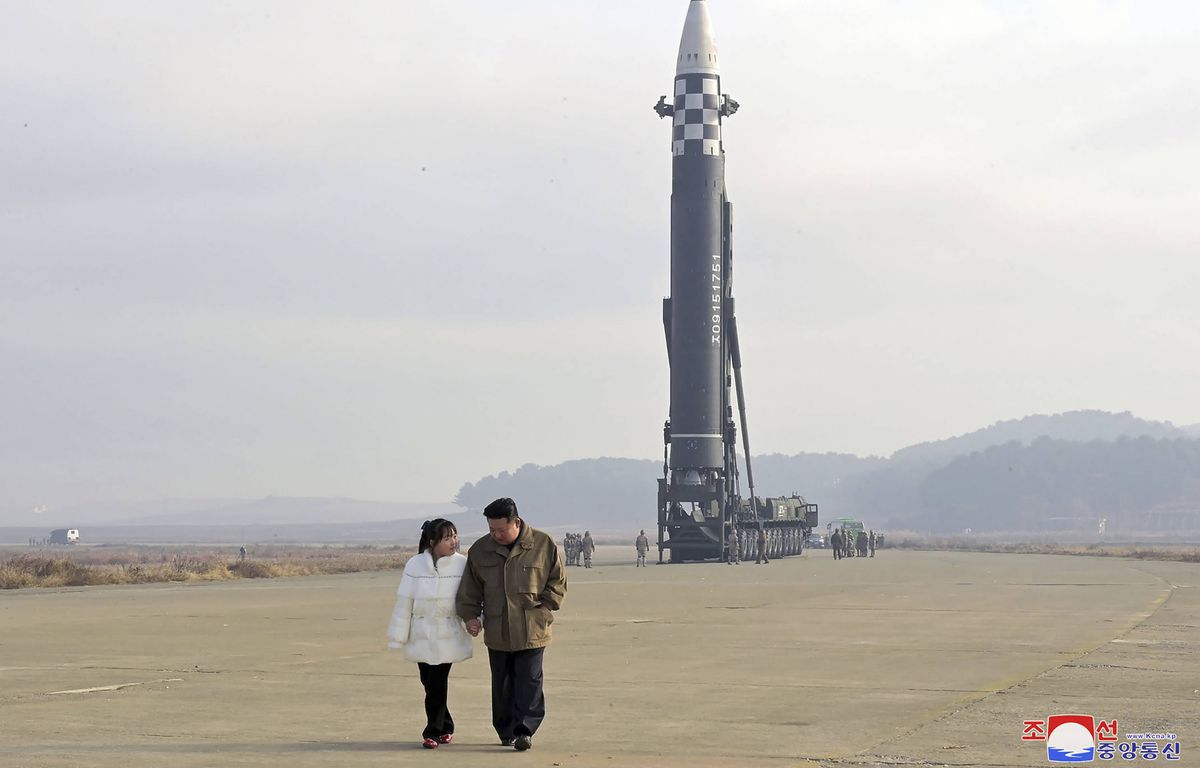 Bluff, or further sign of the imminence of a nuclear missile test? North Korean leader Kim Jong-un has promised to react “resolutely” and to resort to the atomic bomb in the event of a nuclear attack against his country, the North Korean agency KCNA reported on Saturday the day after a bombardment. intercontinental ballistic missile by Pyongyang. North Korea “will resolutely respond to nuclear weapons with nuclear weapons and to all-out confrontation with all-out confrontation,” the North Korean leader said as quoted by KCNA, according to which he himself supervised the firing of Friday missile.

KCNA said Friday’s test was for North Korea’s ‘new type of ICBM’, the Hwasong-17, and the ‘test firing clearly proved the reliability of this major new strategic weapon system’. . The North Korean national news agency said the missile had reached “a maximum altitude of 6,040.9 km and traveled a distance of 999.2 km” before “accurately landing on the predefined area” in the Sea of the East, or Sea of ​​Japan. The distance and elevation match estimates given by Seoul and Tokyo on Friday, and are only slightly lower than those of the ICBM fired by Pyongyang on March 24, which appears to be the most powerful test ever carried out by the North.

The United States, South Korea and Japan have intensified joint military maneuvers in recent months since Kim Jong-un declared in September that North Korea’s nuclear state status was “irreversible”. Seoul and Washington notably conducted the largest joint air exercises in their history in late October and early November. A US B-1B strategic bomber was redeployed to the Korean peninsula on Saturday as part of a joint air exercise between Seoul and Washington.

But North Korea sees these shows of force as general rehearsals for an invasion of its territory or an attempt to overthrow the regime. And is all the more sensitive to these major air exercises as its air force is precisely its Achilles’ heel.

KCNA also reported that Kim Jong-un attended the launch “with his beloved daughter and wife”. State media showed a beaming Kim walking past a giant missile, accompanied by a little girl in a puffer jacket and red shoes. It is extremely rare for state media to mention the North Korean leader’s children, and this would be one of the first official confirmations of his daughter’s existence, experts say.