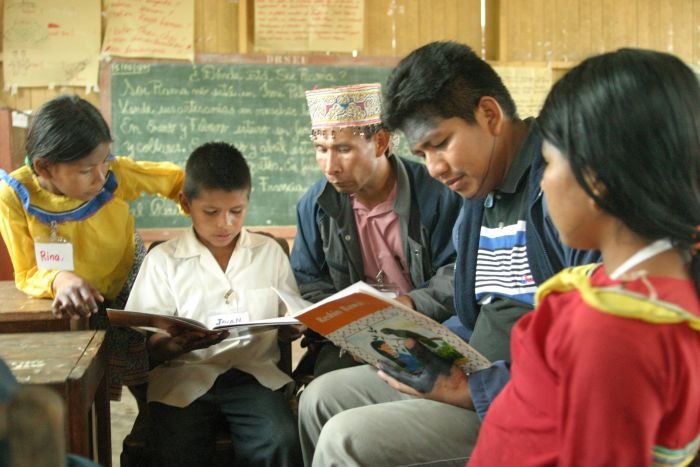 Native peoples ask that the policy of Bilingual Intercultural Education be respected and strengthened. Photo: Sutep

Children who speak native languages ​​such as Awajún, Asháninka, Quechua or Aymara, to name just a few of the 48, are at risk that their access to Bilingual Intercultural Education (EIB) be even more limited. This is the warning of indigenous organizations that see as a danger that the Ministry of Education (Minedu) has been aimed at facilitating the admission of teachers to intercultural schools despite the fact that they do not master the language or culture of the students belonging to native or rural communities.

Well, it happens that in September of this 2022, the Minedu issued two vice-ministerial resolutions, No. 118 and 121, which eliminated the obligation to master a native language for those who apply for the position of director of a school of bilingual intercultural education.

Faced with pressure from grassroots organizations, the ministry responded with the vice-ministerial resolution No. 137which included the amendment that mastery of the native language will again be required for those in charge of director positions in these institutions, but this measure is not well regarded because this requirement will be made only in the third and fourth stage and not at the start of the process.

“In Peru there is a diversity of cultures, languages ​​and peoples, it is a multi-ethnic country and the questioned norms violate the right to bilingual intercultural educationto cultural identity, to the use of the native language and even to prior consultation with the native communities”, warns Gilmer Soria, representative of the Inter-Ethnic Association for the Development of the Peruvian Jungle (Aidesep).

It may interest you: Children from the Awajún and Wampís communities are left without access to an orphan pension despite poverty

Soria explains that the bilingual intercultural schools They are usually characterized by being multi-grade and one-teacher, that is, a single teacher teaches several grades, so a principal acts as a teacher. There he questions how a Spanish speaker could transmit knowledge to children and adolescents if he does not know his native language or his culture.

He is also a spokesman for the eight organizations represented in the National Commission for Bilingual Intercultural Education (Coneib) indicated that forceful measures are being prepared to demand the repeal of these regulations. 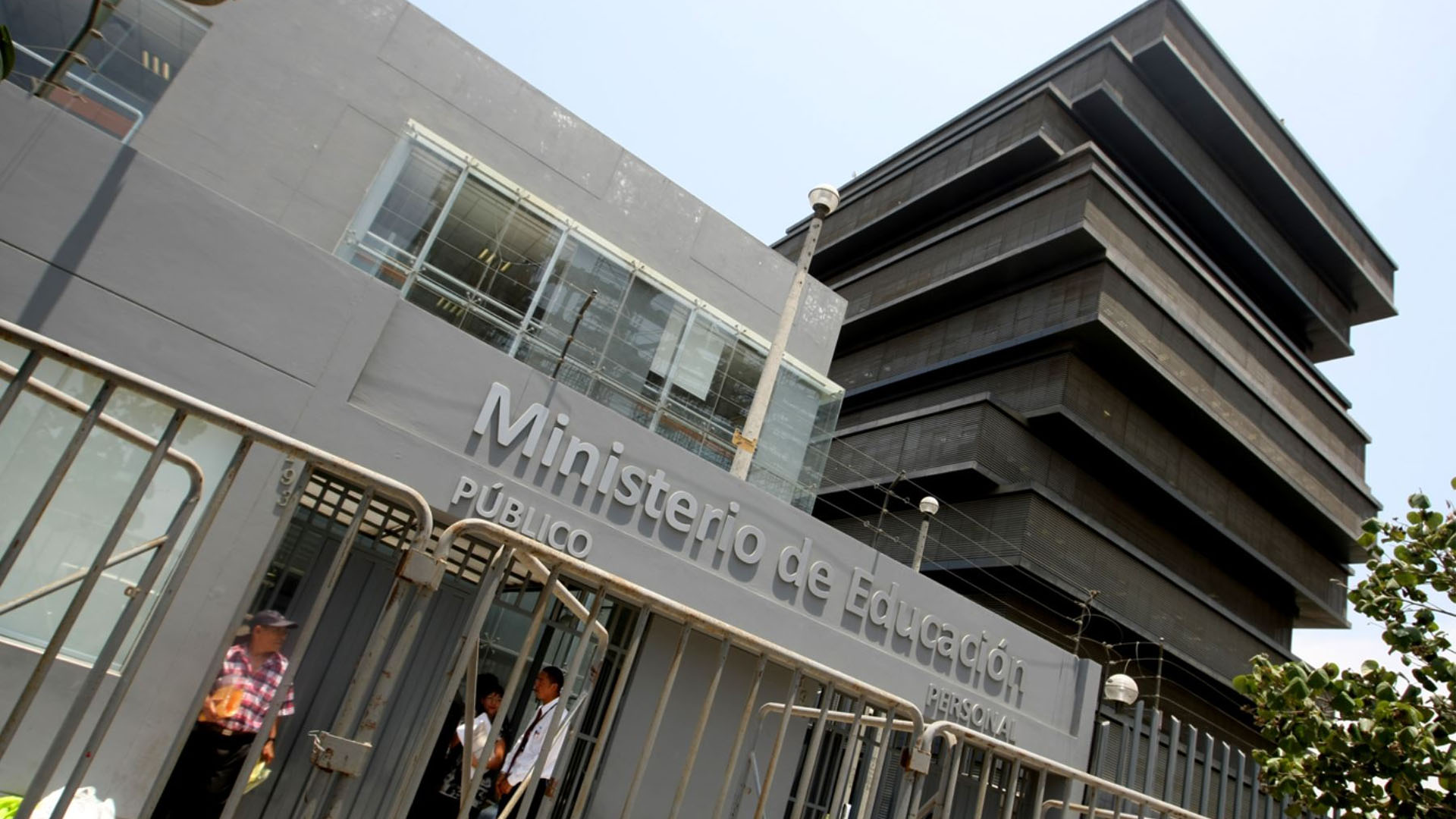 “We bilingual teachers, particularly from the Amazon, have mobilized three weeks ago, we have taken to the streets in protest so that they can respect the EIB right that corresponds to our students, therefore we are in permanent meeting. We are implementing a more radical issue if the Minister of Education does not make a statement these days. We will continue with the fight”, indicated the representative of Aidesep.

These organizations call for the departure of the Minister of Education, Rosendo Sernaand the general director of the General Directorate of Alternative Basic, Intercultural Bilingual Education and Educational Services in Rural Areas (Digeibira), Tito Medina Wharton, who has been in charge since January 2022. 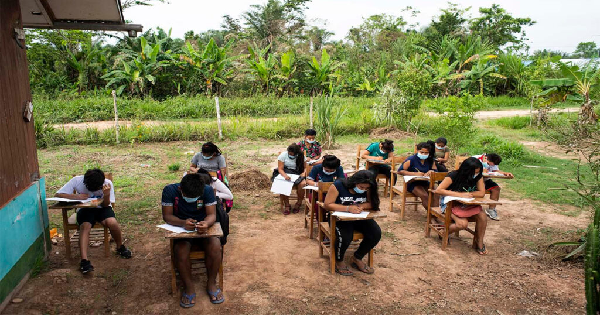 According to official regulations, intercultural education must be taught at all educational levels: initial, primary, secondary and higher. Photo: UNICEF

Currently about 1.3 million children and adolescents are students in one of the 27,979 educational institutions categorized as EIB.

According to Directorate of Bilingual Intercultural Education (DEIB), until 2020, there is a teaching gap in EIB of 25,796 teachers throughout Peru. And it is made up of teachers who are not specialized in EIB (monolingual Spanish and EIB teachers without title).

This is where the heart of the matter is, since it seeks to cover these positions, but without the appropriate measures.

According to information collected by Educational Forum, 61% of these positions are already occupied by monolingual teachers who do not know the language of the students and still care for nearly 320,000 minors. (See graph)

This gap is also made up of a percentage of new positions that need to be created (24.5%) to be covered with teachers trained in EIB.

And, finally, there are also bilingual teachers without a pedagogical degree who work in EIB educational institutions (14.5%). They know the culture and language of their students, but have no professional training. (See graph)

Regarding the situation of this last group, Aidesep maintains that the Ministry of Education is the institution responsible for professionalizing the knowledge of these teachers in order to guarantee the right of thousands of students.

It may interest you: Peru lost some 10 million hectares of Amazon forest in the last 35 years

Precisely, the anthropologist and professor Lucy Trapnel He argued in an article for Foro Educativo that one of the deficiencies for the advancement of the professionalization of EIB teachers is the lack of financing.

“One of the problems is the slow pace at which the Vocational Training Programs for Closing the EIB Gaps have been approved and financed. These programs include the training of trainers, the qualification of graduated teachers, the training of teachers with unfinished pedagogical studies and that of teachers who have studied other careers or have completed high school”, indicated the specialist.

The truth is that indigenous peoples have been on alert at least since the beginning of the year, since it was when the General Directorate of Alternative Basic, Intercultural Bilingual Education and Educational Services in Rural Areas (Digeibira) requested all the Regional Education Directorates (DRE) to consider the gap of teachers specialized in providing the EIB service and to send a list of institutions that can be recategorized or leave this educational model. 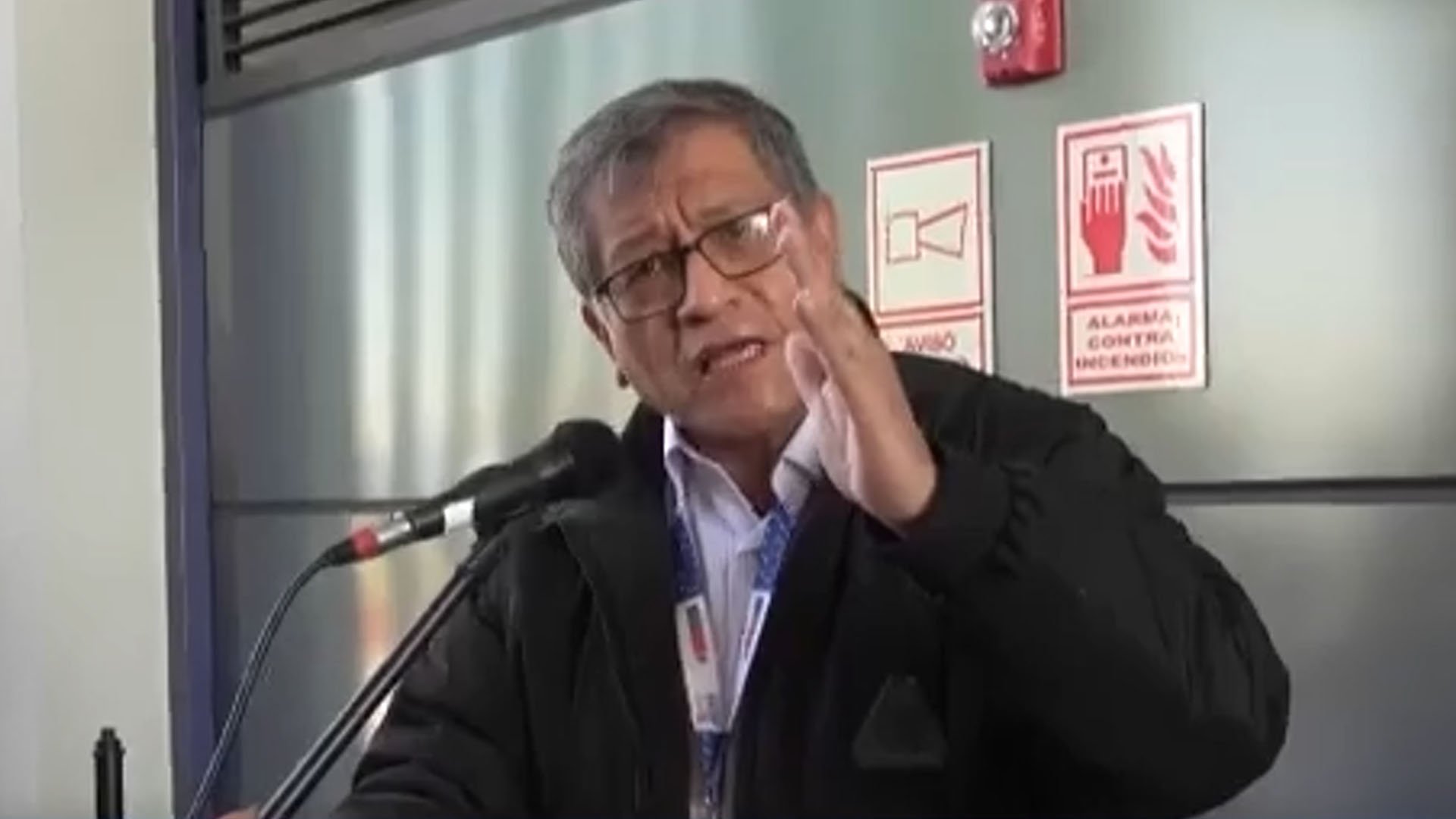 The measure was questioned and they ruled against the Ombudsman, Aidesep and the Training Program for Bilingual Teachers of the Peruvian Amazon (Formabiap). The Minedu backed down and indicated that they would take measures to carry out an adequate teacher recruitment process in “coordination with the regions and their various actors.”

Already in April, he raised before teachers linked to the National Federation of Education Workers (Fenatep)the union promoted by the president Pedro Castillo, that request the recategorization of the EIB places so that they are granted to monolinguals. A new threat that materialized in September.

This time, this November 18, the institutional Twitter account of the Ministry of Education broadcast a speech by Minister Serna before the regional authorities of Ucayali. In this message, the senior official returned to the message that there is a need to recategorize intercultural schools, since according to his position, many should not be part of this model and others should be incorporated.

“We are not attacking that policy (that of Bilingual Intercultural Education). Power must be handed over to the regions and that is why in the matter of intercultural education the regions will be the ones to initiate the process of verification and access to the characterization (categorization) that corresponds this year so that there is no difficulty of a poorly characterized educational institution. The school, that is, the UGEL with the educational institution, will take on this challenge, but they will not do it alone, but rather accompanied by the unions of the original peoples”, said the Minister of Education in his last message on the problem.

For the time being, through the courts, indigenous people of the Peruvian Amazonethrough Aidesep, have also filed an amparo lawsuit against the Ministry of Education for what they consider to be a violation of their right as indigenous peoples to bilingual intercultural education.

EIB teachers are registered in the National Registry of Bilingual Teachers in Native Languages ​​(RNDBLO) and are constantly evaluated in the use of indigenous languages. The last exam they took was only in August.

Minedu 2023 teaching bonus will grant S/ 950 to teachers: From what month will this payment be made?
They reinforce the campaign “Everyone returns healthy and protected to school” to avoid contagion of COVID-19 in educational institutions
November 12 is declared as ‘Primary Education Day’ by the Government