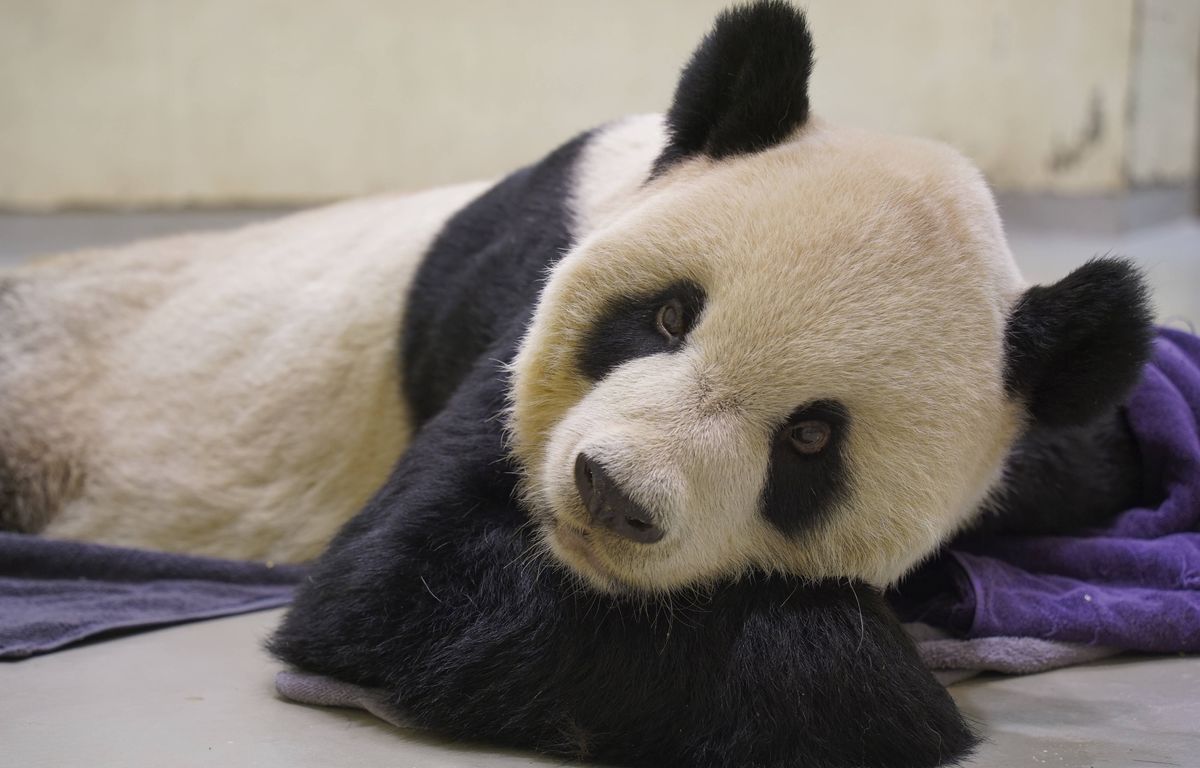 He was the symbol of a peaceful period, now buried. Gifted by China to Taiwan 14 years ago, in a more lenient diplomatic era between the two sides, a panda died on Saturday after suffering a series of strokes, the Taipei Zoo announced. Tuan Tuan, and his partner Yuan Yuan, whose names mean “unity” or “reunion” in Chinese, were offered in 2008 by China to Taiwan, which it considers to be part of its territory, to symbolize the improvement of their relations today at rock bottom.

“Our medical team confirmed that Tuan Tuan’s heart stopped beating at 6:48 a.m.,” the zoo said in a short statement. The panda was anesthetized for a CT scan on Saturday and the team decided to ‘let Tuan Tuan sleep’, with imaging indicating his condition was ‘irreversible’ and he could no longer ‘lead a quality life’ , according to zoo officials. “It would have been extremely painful and risky for Tuan Tuan to resuscitate him after anesthesia,” said Eric Tsao, a spokesman.

Vets discovered in August that 18-year-old Tuan Tuan was ill, with scans revealing he had a brain injury. The zoo, which suspected that the animal was suffering from a brain tumor, had placed him in palliative care last month. At the end of October, Chinese veterinarians had been invited by Taiwan to visit the panda. On social media, his fans mourned the death of Tuan Tuan, while on Instagram Taipei Mayor Ko Wen-je thanked the panda for “bringing joy to Taiwanese and making the Taipei Zoo more wonderful”.